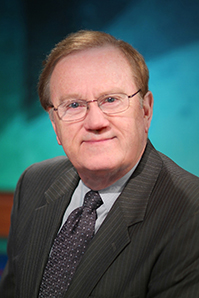 Bill Thrash, the longtime station manager and program director for Oklahoma’s statewide pubTV network OETA, died Monday after a long battle with cancer. He was 73.

Thrash worked in television for more than 50 years, beginning his career as a camera operator at local NBC affiliate KTEN in Ada, Okla., in 1955 while in high school. He served a brief stint in the U.S. Army and went on to develop programming at several other local commercial stations before joining OETA in 1988.

In 1986, OETA acquired the broadcast rights to The Lawrence Welk Show. Thrash played a major role in developing repackaged episodes of the program alongside newer retrospective pieces for national PBS carriage, spawning a pledge juggernaut that continues on stations to this day.

Thrash won numerous state broadcaster awards and served on the boards of several Oklahoma nonprofits and cultural centers. He was inducted into the Oklahoma Association of Broadcasters Hall of Fame in 2002 and received a Governor’s Arts Award in 2006. Earlier this year, OETA renamed its Oklahoma City production studio in his honor.

Thrash remained in his OETA leadership roles until his final days.

“He was a great friend, a great mentor, to so many people in the state and in the nation,” OETA Executive Director Dan Scheidel told Current. “We just believe that his legacy will live on in all of those who have been permanently influenced by Bill’s touch.”