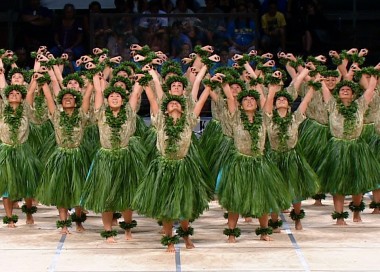 An episode of Pacific Heartbeat, a series co-produced for the World channel by Pacific Islanders in Communications, showcases a four-day festival of Hula dancing. (Photo: American Public Television)

An episode of Pacific Heartbeat, a series co-produced for the World channel by Pacific Islanders in Communications, showcases a four-day festival of Hula dancing. (Photo: American Public Television)

CPB is reassessing its funding commitments to several grantees that provide specialized assistance and diverse programming to the public TV system.

Citing shifting priorities and reductions to its congressional appropriation that have forced cuts in station grants and its own budget, the corporation has cut off aid to the National Center for Media Engagement and is reducing its annual funding to the National Minority Consortia, which back TV programs by and about minorities, while pressing them to restructure their operations.

NCME, the Wisconsin-based nonprofit that teaches and archives best practices in grassroots education work, could close by the end of the month. Wisconsin Public Television is stepping in to preserve its website, and CPB has turned to Nine Networks in St. Louis to expand what it considers a more effective approach to community engagement.

The five organizations that make up the National Minority Consortia (NMC) each took a 10 percent cut in CPB support for FY13, falling from a total of $7.5 million to $6.75 million. CPB is extending its contracts with each consortium through FY14 and will hire a consultant to analyze how the organizations could operate more efficiently, possibly through some type of merger. The corporation is shifting the $750,000 saved from NMC grants to World, a multicast nonfiction channel based at WGBH that features documentaries and multicultural content.

And CPB is ending its 13-year support of the Producers Academy at WGBH, a training and mentoring program that provided training to station-based and independent filmmakers, some of whom went on to produce national programs such as African American Lives and Latin Music USA. CPB will redirect that funding to system leadership training, officials said, as part of an effort to cultivate a more diverse workforce at the senior-management level.

“Our goal continues to be focused not just on cuts but seeing how we can strengthen public media through long-term efficiencies and free up limited resources for content,” said Michael Levy, CPB executive v.p.

CPB took a 5 percent hit when the Budget Control Act of 2011 took effect March 1; its 2013 federal appropriation fell from $445 million to $421.4 million. By statute, the 5 percent trim was allocated across all CPB functions, including pubTV and radio station support, CPB administration, and television and radio programming.

The automatic cut prompted the corporation to refigure FY13 Community Service Grants to stations, lay off 12 employees and institute executive-level furloughs at its headquarters in Washington, D.C.

Within the pubcasting system, other grantees began to feel the squeeze. The Producer Fellowship grant for travel to INPUT, an international screening conference for public TV producers and programmers, was slashed 80 percent from last year, from $50,000 to $10,000.

Larger organizations that rely on CPB assistance took bigger hits. From FY10–12, CPB had backed NCME for a total of $5.6 million.

Wisconsin Public Television established the organization with CPB funding in 2000 as the National Center for Outreach. It supported community-based station activities, organized conferences and functioned as a clearinghouse for tools, training and small grants. After a 2006 CPB-commissioned analysis by Booz Allen Hamilton, the center shifted its emphasis to support community-based engagement projects that stations developed with community partners. The center was rebranded as the National Center for Media Engagement and CPB continued to fund it on three-year grant cycles.

After CPB provided its final grant of $1.9 million last year, the corporation conducted a “dynamic inquiry,” or interactive online forum, with key constituents and later talked with station managers about NCME’s future.

American Graduate, the CPB initiative backing community-based work and reporting on the high school drop-out crisis, emerged from those discussions as a more effective approach, according to Deb Sanchez, s.v.p., education and children’s content operations. The five-year program was “executing on community engagement goals and demonstrating measurable impact at the community level,” she said.

Nine Network in St. Louis manages the massive multiplatform dropout prevention initiative, seeded with $15 million from CPB. Since launching in May 2011, the initiative has grown to encompass more than 1,000 partners working with 75 stations in 30 states, many serving cities with some of the nation’s worst graduation rates.

CPB isn’t yet sure how the revamped effort will look, Levy said. “When models are developed and measurement tools are identified and scaled, we’ll be able to answer that question better,” he said.

For the time being, Sanchez said, the University of Wisconsin, home to Wisconsin Public Television, will manage the NCME brand and website, which contains details of more than 500 best practices and curricula on community engagement.

An announcement on NCME’s future could come as early as this week, according to Malcolm Brett, Wisconsin Public Television g.m., who supervises operations of the center for the University of Wisconsin Extension. “There may be opportunities for NCME to support engagement work with stations, NPR, PBS, et. al., but it isn’t clear what those opportunities may be, or when they may emerge,” he said. “We are not funded for such work as of now.”

A turning point for the consortia?

CPB is also reexamining its financial commitments to the minority consortia, created in 1991 to develop and support diverse programming for public television. The five organizations — the Center for Asian American Media, Latino Public Broadcasting, the National Black Programming Consortium, Pacific Islanders in Communications and Vision Maker Media (formerly Native American Public Telecommunications) — will soon enter strategic discussions with the corporation about their structure and funding.

CPB had been much more generous only a few years ago, boosting its financial commitment to the consortia by 50 percent between FY10 and FY12, according to Joseph Tovares, s.v.p. for diversity and innovation.

But as it adjusted its grant programs to the fiscal realities of declining federal aid, CPB decided to invest more in World, the documentary multicast channel that was revamped and reframed over several CPB grant cycles as a home for diverse public TV programs. For FY11–12, CPB pumped $4 million into World, which is distributed nationally by American Public Television.

The multicast service is now home to programs such as Global Voices, Pacific Heartbeat, AfroPop, the Latino anthology series Voces and the indie filmmaker showcase America ReFramed, in addition to repeats of icon strands such as Frontline, Nova and PBS NewsHour.

After meeting with NMC leaders during last month’s PBS Annual Meeting in Miami Beach, Fla., CPB and the consortia agreed to hire a consultant next fiscal year to examine the consortium’s operations.

Specifically, CPB has asked the consortia to work collaboratively to reduce high overhead costs among the five organizations, which, according to its estimates, range from 27 percent to 41 percent. “We have encouraged the consortia to explore ways to reduce administrative costs as a way to place more resources in the hands of public media producers,” Tovares said. “While merging into one entity is one option, it’s not the only option.”

Stephen Gong, executive director of the Center for Asian American Media, who serves as head of the NCM umbrella group, said he wants “to make sure that key people in public media are involved in this process so that we can better address the larger question of how to ensure that diversity is a defining value of our mission.”

Other consortia leaders expressed concern about CPB’s proposal to consolidate the separate organizations, which have taken root in regions of the country that make them more accessible to their unique constituencies.

Vision Maker Media is headquartered within Nebraska’s NET network. “We’re involved in Native issues in communities in our region, and we are able to build on those local ties,” said Shirley Sneve, executive director. “We increase and broaden the base of public broadcasting support by being separate entities.”

Jacquie Jones, director of the National Black Programming Consortium, said the five organizations “function independently and each do very different things. They are structured differently, with different priorities.  And there’s never been a clear metric used to assess success.”

Leanne Ferrer of Pacific Islanders in Communication, also described difficulties over the “lack of clarity” in CPB’s expectations for the consortia, as well as uncertainties over CPB’s willingness to continue funding them.

At least part of the confusion over CPB’s expectations for the consortia centers on recommendations of an earlier analysis, outlined in a 2007 report by Teleos Leadership Institute, an Elkins Park, Pa.–based consultancy. That 44-page study, “Bringing Diversity to Primetime,” focused on the groups’ funding strategies in developing minority-targeted PBS primetime programs and their work to increase the number of minorities working in pubTV production.

The report was commissioned by CPB and developed its conclusions based on 130 systemwide interviews and an analysis of NMC financial reports and contracts, but was never publicly released. One of its primary recommendations — that CPB “convene meetings with PBS and the NMC to forge a clearer understanding of the expectations of all the organizations” — was never pursued, according to Gong.

The corporation created a new grant program, the Diversity and Innovation Fund, launched in 2010 with $20 million to invest in diverse content for PBS. That’s now yielding projects such as Genealogy Roadshow, a limited series that debuts in fall, and La Batalla, a documentary on how the Vietnam War affected Latino communities in the United States.

Three of the minority consortia also received a total of $2.5 million from the Diversity and Innovation fund: $1.8 million went to the National Black Programming Consortium for 180 Days: A Year Inside an American High School and $390,000 to Pacific Islanders in Communications for Expedition Wisdom, a series about what elderly natives can teach a modern world.

When all of CPB’s investments in diverse content are combined — grants for programs, initiatives and organizations such as the consortia — the corporation has substantially increased its support over the past several years, Tovares said. In FY10, CPB allocated $21.2 million to support diversity; the total increased to $32.2 million this fiscal year, a gain of more than 50 percent.

But the investments don’t mean that grantees who have established track records can expect their previous work to carry them forward. The Producers Academy, based at WGBH and headed by veteran producer Judith Vecchione, is girding for the loss of CPB aid as it awaits conclusions drawn from an independent evaluation of its graduates.

Vecchione is “beginning to look for replacement funding” to continue the workshop, she said. CPB’s FY13 grant of $216,000 covered the workshop and “additional work that CPB requested,” including the evaluation. Previously, CPB provided $162,000 in FY11.

CPB has decided to direct its savings from the workshop to two new programs and one existing internal effort.

The Diverse Programming Leadership (w.t.) will strive to diversify the ranks of public media’s editorial leadership through training and mentorship. And the Diverse Leadership for Public Media initiative will help place mid-career professionals inside public stations. RFPs concerning both will go out soon.

CPB’s current Executive Fellows Program, which will continue, rotates young professionals through a range of departments internally as well as through partners.

According to Tovares, CPB’s decision to shift its assistance from the Academy is based largely on the perception that “while public television has a number of very talented women in leadership positions, it does not have as many people of color in executive producer or senior producer positions.”