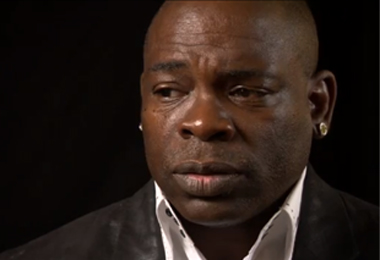 Charles Chatman served 27 years behind bars for a crime he didn't commit -- one of the longest jail sentences ever for an innocent man. (Courtesy WUNC)

A man spends nearly two decades behind bars for a murder he didn’t commit.

A woman sends an innocent man to jail by misidentifying him as her rapist.

A sister in Seattle works to free her brother from an insect-infested prison in Nicaragua.

These might sound like the plotlines to Hollywood movies, but they are all true stories to be featured in “After Innocence: Exoneration in America,” a series to air June 10–13 on public radio’s The Story.

Exoneree Charles Chatman, who spoke to WUNC about his experiences behind bars, served 27 years in prison for a crime he didn’t commit — one of the longest jail sentences ever for an innocent man. (Photo: UNC)

The special coverage from American Public Media provides an in-depth look at wrongful imprisonment in the United States.

Producer Phoebe Judge, who works on The Story with her colleagues at North Carolina Public Radio in Chapel Hill, said she had considered a look at the subject for some time, but it wasn’t until earlier this year that she fully realized the topic’s timeliness or the number of stories waiting to be told.

“We thought, ‘Well, we can do a show. We can do an interview,’” Judge said. “And very quickly, once we started reading about the number of exonerees, about the number of potentially innocent people in jail . . . it was clear that this was going to be more than one show, that this deserved to become a series.”

Host Dick Gordon said producers benefited from the close proximity of the 2013 Innocence Network Conference, which was held in Charlotte, N.C., in late April.

Considered “the largest annual gathering of innocence advocates in the world,” the event provided Gordon and Judge with the opportunity to interview about 15 people, including many exonerees.

“It shouldn’t happen, what happens to these people,” Gordon said. “You realize that the system messes with these people from an early stage, right at the beginning of investigation, when somebody ought not to be even considered as a suspect.Then you look at all the time they spend in prison, trying to insist on their innocence, when nobody is listening.”

Judge said she was particularly moved by exonerees who spent years in prison waiting for letters to be returned, sustained simply by the desire to be free.

Gordon and Judge estimated that as many as 20,000 innocent Americans are sitting in jail today, citing information provided by the Innocence Project, a group dedicated to exonerating the wrongly convicted, which is featured in the series.

One thought on “APM series examines exoneration in the U.S.”