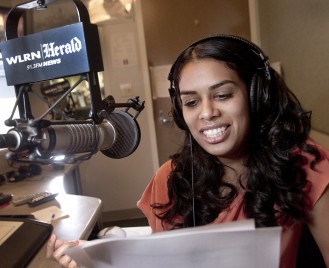 NPR has scaled back ambitious plans for StateImpact, its reporting partnership focused on public policy issues in eight states, but the project will live on among its 17 participating stations as the network shifts focus to new collaborative initiatives.

When NPR launched StateImpact in the spring of 2011, it enlisted stations in Ohio, Indiana, Florida, Pennsylvania, Texas, Oklahoma, Idaho and New Hampshire to participate, but it intended to expand the project to all 50 states over time. That plan has been scuttled due to fundraising difficulties and a rethinking of news strategy at NPR, which has come under new leadership since StateImpact started.

Participating stations, however, will carry on their reportage under the StateImpact banner and continue to use the websites that NPR developed for them during the two-year partnership. Some will support the project with foundation grants, while others have budgeted internal funds.

Stations will have to do it all without a key element of StateImpact — the intensive training and support provided by the seven-person team at NPR that oversaw the project. NPR’s journalists advised station reporters on strategies for covering big issues and introduced them to new reporting techniques in more than 400 hours of webinars, conference calls, and one-on-one training sessions.

The collaboration fostered a distinct brand of journalism visible on the StateImpact websites — data-rich, multimedia, interactive projects promoted via social media. Participating stations produced more than 7,000 original digital pieces and more than 700 broadcast stories for their stations, according to NPR, some of which landed on NPR shows.

Station reporters and editors who took part in StateImpact say the training and support greatly enhanced their journalism, inspiring them and their colleagues to try new approaches and encouraging a more rigorous approach to planning coverage of major issues. Those claims are borne out by the 70 awards that StateImpact projects have won, including Associated Press, Edward R. Murrow and Public Radio News Directors Inc. honors.

“It’s been an unmitigated success, and we owe a lot to the StateImpact team in D.C. for helping us get there,” says Dan Grech, news director of WLRN in Miami.

And journalists at both NPR and stations say that StateImpact has reinforced the value of working together to strengthen public media journalism. “It’s a shame that NPR couldn’t convince any more funders to contribute to a project like this, because it really opened NPR’s eyes to the value of member stations when they’re reporting on specific topics,” says Tim Lambert, multimedia news director at WITF in Harrisburg, Pa.

The connections fused by the reporting project are likely to inform NPR’s newsgathering strategy going forward, says Lynette Clemetson, who has been serving as director of StateImpact. “We can take what we’ve learned through this project and pull it deeper into the rest of the organization,” she says.

StateImpact’s stations each focused on a major policy area of special interest to their state. Pennsylvania and Texas stations cover energy policy; Florida, Indiana and Ohio reporters are scrutinizing education; and Idaho, Oklahoma and New Hampshire dig into economic issues.

The fruits of their labors are all over their extensive websites, posted using a customized WordPress platform developed by NPR in the project’s early days. An interactive map developed by the Pennsylvania team indexes the state’s natural-gas wells, listing operators and violations. Texas’s StateImpact documented the state’s devastating drought with a time-lapse map.

StateImpact reporters received training and support in creating data-rich web presentations, such as this look at crippling drought in Texas.

These projects developed as NPR helped journalists file Freedom of Information Act requests, navigate seas of data and present their findings. Now stations will have to spearhead such efforts on their own.

NPR had always planned to shift financial responsibilities to its first group of StateImpact stations by this time. In the project’s first year, NPR footed 70 percent of the bill while stations were responsible for covering the remainder. That ratio flipped in the second year, and by year three, stations were expected to carry the burden themselves.

That has come to pass, but the planned expansion beyond the original eight states has not. NPR’s Clemetson cites two reasons that the network could not expand StateImpact to other states as initially planned. To begin with, funding priorities among foundations that support journalism have changed, she says.

When StateImpact launched, foundations were backing entrepreneurial news startups such as the Texas Tribune, Minnesota’s MinnPost and the CPB-backed Local Journalism Centers, Clemetson says. But the tide changed when foundations began channeling more grants to larger news organizations such as the New York Times and the Los Angeles Times. “Some of the smaller projects that had been funded generously to start with either were not getting renewed funding, or not at levels that were anticipated,” she says.

Stations also may have struggled raising their own funds to support StateImpact, Clemetson says, because funders might focus their dollars on narrower subjects or worry that the public will overlook policy reporting.

Throughout the project, station partners often told NPR’s team that sustaining StateImpact required attention not just to the journalism involved but to station functions that supported that work, such as fundraising, marketing and community engagement.

“If I could go back and start it again, and had unlimited resources, I would have built that into the training,” Clemetson says. “All those things that support the work … require a clear and collaboratively communicated strategy as well.”

With the benefit of hindsight, Clemetson says StateImpact bureaus would have benefited from support in creating sustainable funding models.

NPR also underwent tumultuous changes in top leadership since the launch of StateImpact, with former president Vivian Schiller, senior v.p. for news Ellen Weiss and senior v.p. for fundraising Ron Schiller all departing in the fallout over the mishandled firing of news analyst Juan Williams and a surreptitious videotaping of a lunch with head fundraiser Schiller.

Under the direction of new president Gary Knell, new news veep Margaret Low Smith and Kinsey Wilson, chief content officer, “NPR’s overall vision has solidified,” Clemetson says, and leaders have identified local-national collaboration as “one of the top priorities for the future of NPR and the system.”

“It’s beneficial not just for the stations, but for NPR,” she says. Network leaders are fleshing out a vision for future collaboration that Clemetson says is likely to be discussed at the Public Radio News Directors Inc. conference in Cleveland next month.

A conference agenda on PRNDI’s website includes a session with Smith that “will focus on the need for distinctive reporting and a reimagining of the way NPR and stations collaborate on coverage.”

The training built into StateImpact paid major dividends for the journalists who took part, say station reporters and editors.

At WITF, StateImpact “opened our eyes to the use of data visualization” and the process of expanding on a broadcast report with photos and documents, says Lambert. The station hopes to continue with such presentations, but Lambert acknowledges that without NPR’s guidance, it may have to scale down efforts.

The Harrisburg station also benefited from strengthening its reporting relationship with Philadelphia’s WHYY throughout the project, Lambert says. Both stations plan to continue covering the natural-gas drilling industry under the StateImpact banner; WHYY has landed funding from the William Penn Foundation, while WITF’s work will be backed by the Heinz Endowment.

Miami’s WLRN will carry on with StateImpact by integrating the project into its regular budget, says Grech. When New York’s WNYC hired away WLRN StateImpact reporter Sarah Gonzalez earlier this year, the station quickly found a replacement, signaling its commitment to continuing its reporting on education under StateImpact.

Grech cites several high-impact reporting projects as testament to StateImpact’s value, including an investigation of state charter schools that were systematically barring disabled children from entry. The reporting resulted in coverage in the Miami Herald, an editorial partner with WLRN, and on several stations in Florida, as well as a story on NPR. WLRN’s digging also prompted a member of Miami’s school board to reveal that her autistic son had been excluded from a local charter school that she had helped to found.

StateImpact’s reporting helped boost traffic for WLRN’s website, Grech says, while also influencing how the station’s journalists plan coverage. The StateImpact team identified several topics within its education beat and determined that it would spend 80 percent of its time on those subjects, with a few other subjects getting the remaining 20 percent of its time.

Journalists also identify the audience they wish to serve and the platforms they want to reach them on.

That strategy has expanded to the station’s politics and arts beats. “We were very explicit about saying, ‘Here’s a model for how to do this,’ Grech says.

StateImpact’s influence at Cleveland’s ideastream, which covered education for the Ohio project, was similarly pervasive, according to Mark Smukler, senior director of content. StateImpact reporters would introduce colleagues to new tools and techniques gleaned from the project.

Smukler hopes that even after NPR ends its involvement in StateImpact, his reporters will still be able to tap network journalists for expertise, possibly as part of new collaborative efforts that could be in the works.

But he adds, “We’ve also learned a lot, and we’re ready to fly on our own.”