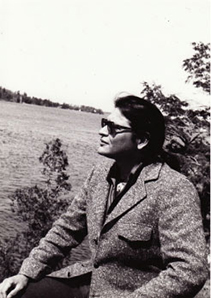 Louis Cook, a longtime host and producer for North Country Public Radio in Canton, N.Y., and a mentor to Native American broadcasters, died May 13 in Pine Ridge, S.D., of complications from a car accident. He was 66.

Cook worked for NCPR from the mid-’70s through 1992 as the host of the late-night program Jazz Waves and as producer of You Are On Indian Land, a culture and public affairs series that covered the local Native American community. After leaving NCPR, he moved to the Pine Ridge Indian Reservation, where he worked with a nonprofit organization to help local families build and maintain gardens.

Cook was raised on the Akwesasne Mohawk reservation in New York. His parents died when he was 10. He served in the U.S. Navy before getting a job with NCPR, back when it was known as WSLU.

Among the Native broadcasters Cook mentored was his cousin Ray Cook, who pursued a career in radio and now works as an editor at Indian Country Today Media Network. Louis was “the brother I never had,” Ray Cook told Ellen Rocco, NCPR station manager, in a remembrance posted on the station’s website.

Cook fought many personal battles: He had checked himself into rehab multiple times and had self-medicated to combat bipolar disorder, according to Indian Country Today.

“Louie had his demons,” Rocco wrote in her remembrance, posted May 14. “The good news is that he pushed his way through the emotional and psychological challenges and came out the other side: successful, to my mind, because he spent so many years helping other people.”

“He left a quiet footprint, a legacy that should be remembered,” Peggy Berryhill, a Native public radio producer who worked with Cook, wrote for NCPR.