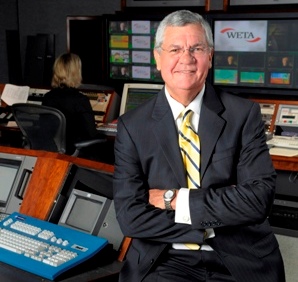 John Bredar, a senior executive producer at National Geographic Television, takes over April 8 as the head of national programming at WGBH in Boston.

Abbott also promoted Denise Dilanni, a WGBH producer and executive who has served in various creative and business roles during her tenure. She steps into the newly created position of senior executive for content development, and will oversee research and concept development of new programs and series.

“WGBH has been sharpening its focus on expanding our pipeline of new ideas that are essential to future content creation,” Abbott said. “With her experience and creativity she’ll work with John Bredar in advancing WGBH’s production capacity.”

The board of directors of the National Federation of Community Broadcasters dismissed NFCB President Maxie Jackson III as of March 4. He had led the organization since January 2010.

Due to terms of a severance agreement, neither Jackson nor Sue Matters, chair of the NFCB Board, would discuss the reasons for Jackson’s dismissal.

NFCB Board Treasurer Janis Lane-Ewart is acting as interim president of the organization. The board plans to start a nationwide search for a new leader.

“The board intends to continue with all the work that’s currently in motion,” said Matters, station manager of KWSO in Warm Springs, Ore. “Nothing is going to change with that.”

The dismissal “was a huge mistake,” said Ginny Berson, NFCB v.p. Berson credited Jackson with stabilizing the organization’s finances and with developing its 5×5 Model, a training program to help community radio stations improve in the areas of engagement, programming, development, governance and compliance. The model has been “fabulous” and engaged many stations, Berson said.

Board members had praised the 5×5 Model as recently as January during a planning meeting, Berson said. She has heard that board members said their vision for NFCB differed from Jackson’s, but “that’s incredible to me because I’ve never heard the board articulate a vision.”

The board had also cited “style issues” with Jackson, Berson said, but “you don’t fire a visionary leader over style issues, in my opinion.”

The timing of the board’s decision was especially bad, Berson said. NFCB’s annual conference is in San Francisco May 29–June 1. In addition, three North Carolina stations that serve African-American audiences recently met to discuss a collaborative programming and development project that Jackson had been shepherding.

Jackson told Current he is now working as a consultant and hopes to find another job in public broadcasting.

“Peter has been an exceptional leader, and our state has been truly fortunate to have a person of his caliber at the helm of Idaho Public Television,” said Don Soltman, acting board president.

Morrill told Current the timing is right for the announcement: A state legislative committee is recommending a 9 percent hike in funding, network fundraising is solid and local content has received 53 national and regional awards this year.

“Public broadcasting has been part of my life since I was 18 years old,” Morrill said. “And this position is the longest job I’ve ever held.”

Morrill joined IdahoPTV in 1979 as a director/videographer and worked his way to producer/director and executive producer before taking over as g.m. in 1996. Early in his career, Morrill spent time in production and management jobs at WBGU-TV in Bowling Green, Ohio, and WUFT-TV in Gainesville, Fla.

Morrill is a founding member and past chair of the Affinity Group Coalition, which represents public TV stations on policy issues. He also co-chaired the Organization of State Broadcast Executives.

He served on the governing boards of PBS, the National Educational Telecommunications Association and the Idaho State Broadcasters Association; he was also a member of the advisory board of the University of Idaho School of Journalism and Mass Media.

Morrill was recognized for career achievements by the Northwest Chapter of the National Academy of Television Arts and Sciences, which in 2008 honored him with its Silver Circle Award for outstanding service over more than 25 years of broadcasting.

The Idaho State Board of Education will conduct a search for his successor, and plans to hire a new g.m. by late summer. Morrill will stay on to assist in the transition.

“Joe’s stewardship of WETA during a period of dramatic industry change and programmatic growth has been stellar,” WETA President Sharon Rockefeller said in a memo to staffers. “His broad experience, wisdom and his cooperative partnership with me have all been tremendous assets for WETA and those we serve.”

Prior to joining WETA, Bruns worked at the United States Information Agency, where he was deputy and acting director for Voice of America, as well as the first director of its International Broadcasting Bureau in Washington, D.C. His early career included a stint as a management analyst for the National Endowment for the Humanities.

One thing he’ll miss about public broadcasting is that “every day is different,” Bruns told Current. “Not only on the air, but in all the challenges we face. And I’ll miss being mission-oriented. I have to admit I’ve been very lucky. I’ve worked in places where I was very comfortable in the mission. That makes a world of difference.”

WETA will conduct a national search for his replacement, Rockefeller said.

John Stark is the new general manager at KLCC-FM in Eugene, Ore. He replaces Steve Barton, who is retiring after 35 years at the station. Stark managed KNAU Arizona Public Radio for the past 19 years. He helped create pubradio news partnerships between the Flagstaff station and KUYI-FM Hopi Radio (Indian Country News Bureau) and KJZZ-FM Phoenix (Fronteras: The Changing America Desk). Stark served two terms on the NPR Board of Directors and previously worked as program director at KNPR in Las Vegas. He also was a Morning Edition associate producer at NPR in Washington, and news director at Radio Bilingüe in Fresno, Calif., and KCFR-FM in Denver.

Tom DuVal is retiring June 24 after 13 years as general manager and executive director of WMRA/WEMC in Harrisonburg, Va. “I’ll miss the fundraisers, believe it or not,” he told Current, “because listeners give us so many insights into what makes public radio valuable to them, along with some ideas about where we can improve. I also see interesting and fun sides of my colleagues that come out of the crucible of creative thinking that is essential to keeping a fundraiser fresh hour after hour.” DuVal began his pubcasting career in 1978 as a program host at the University of Oregon’s KWAX in Eugene. He moved for jobs as operations manager, program director and general manager at stations in North Dakota and Iowa before joining WMRA. During retirement, he hopes to travel as well as “write, play music, work in wood, help local nonprofits and greet at Walmart if necessary.”

Ruby Calvert, the g.m. at Wyoming PBS who had planned to retire in June, has “renounced retirement,” she told Current. Calvert decided to stay in her job so that she can supervise completion of several initiatives and productions under way at Wyoming PBS and finish her term on the PBS Board, which expires in 2014. Another consideration also influenced Calvert’s change of heart: “I just wasn’t ready to retire — I didn’t have a plan, and the thought of waking up with nothing to do was a bit scary.”

After an absence of 16 years, Michael Rathke is returning to New Hampshire Public Radio as its program director. Back in 1997, he worked at the Concord-based state network as announcer/producer and music director. Rathke joins the station from Georgia Public Broadcasting, where he was director of radio. Since 1986 he has worked in various programming, hosting and operations roles at public radio stations such as WOSU in Columbus, Ohio; WFCR (now New England Public Radio) in Amherst, Mass.; classical WCAL in Northfield, Minn. (now MPR’s The Current); and the Northwest Public Radio regional network based in Pullman, Wash. In his new post, Rathke will program NHPR’s news stations, oversee Classical New Hampshire and supervise locally produced shows, including The Exchange and Word of Mouth.