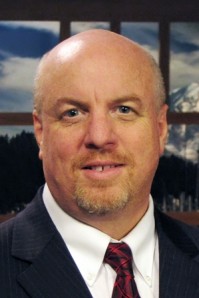 Brickman will manage and direct collection, communication, processing and reporting of information, and oversee WNET’s IT infrastructure, hosting and all applications. He also will formulate strategy for future technological developments in content delivery, including broadcast, cable, information technology, systems, new media applications and web technology.

Most recently Brickman was a principal consultant at IGS, a tech firm focused on design and operations of IT systems in high-traffic data facilities. Prior to that work he oversaw MetLife Stadium’s $100 million technology design and implementation, which made it one of the most technology-enabled stadiums in the world.

Brickman will report to Neal Shapiro, president of the New York station.  “Given the fast pace of change in the media landscape and our increasing dependence on technology to produce and distribute our content, we are pleased to have an executive of Peter’s caliber join WNET,” Shapiro said in the announcement.

Brad Kimmel, a television exec and producer, will succeed David Dial as president of dual licensee WNIN in Evansville, Ind.

Kimmel has founded five companies, including the multi-platform network Garage Television, catering to viewers with a passion for cars, boats, motorcycles, power tools, woodworking and more. He created and produced My Classic Car, a Speed Channelseriesnow in its 15thseason.

Early in his career, Kimmel was a producer/director for WGVU-TV in Grand Rapids, Mich.

Dial, a veteran pubcaster who served on the board of PBS and chaired public TV’s Small Station Group, said this about his post-retirement plans: “After 45 years in public broadcasting, I am going to take it easy for a while.” He and his wife are returning to their home state of Florida, where they’ve purchased a home.

The CPB Board honored retiring Inspector General Kenneth Konz April 22 with a resolution expressing appreciation for his service.

Konz told the board he arrived at IG 15 years ago thinking he’d stay for two years. “This has been a collegial, wonderful group of people to work with,” Konz said. “I am sure, with the people I leave here and the new inspector general, the office will continue in good hands and continue to have a good relationship with CPB.”

The independent office audits CPB grantees, investigates complaints from citizens and works to deter fraud, waste and mismanagement in CPB programs and operations.

Among the trickier tasks Konz took on as IG was the 2005 investigation of the activities of then-CPB board chair Kenneth Tomlinson and his campaign against liberal bias in public TV and radio programs. Konz concluded that Tomlinson had overstepped his authority as a CPB board member. Tomlinson resigned from the CPB Board before the report was released publicly.

The board is interviewing candidates for Konz’s replacement.

New to the Alexandria, Va., firm are Carmen DiRienzo, based in New York City, founder of the multicast Vme Spanish-language channel that now reaches 70 million households; Eunsang Yun, based in Seoul, Korea, and Austin, Texas, c.e.o. of a Seoul-based cloud-computing firm, with experience in digital TV software and network solutions; and Jenni Pollard, based in Anchorage, Alaska, “a path-breaking pioneer in interactive media at PBS and AOL,” according to Lawson.

David Hinman, executive director and general manager of KBTC-TV in Tacoma, Wash., is departing the station and public broadcasting “with mixed emotions,” he said in an email to colleagues. “I have enjoyed my many years in public television and have a permanent spot for it in my heart.” He’s leaving to manage cable television and video services for Pierce County, Wash., which “allows me to participate more with the creative side of television, which I thoroughly enjoy and have missed,” he told Current. Hinman arrived at KBTC in July 2009. Previously, he was g.m. at WLJT in Martin, Tenn.; development director at KVCR in San Bernardino, Calif.; and a producer/journalist at WFYI in Indianapolis. His last day is April 16.

Larry Mayer, program director/operations director for WETS-FM in Johnson City, Tenn., is retiring April 16. “I started out in 1963 at a college radio station in Woodland Hills, Calif., so I am celebrating 50 years in radio this year,” Mayer told Current. “I’m thinking that this is a good opportunity for me to stop working full time.” Mayer has worked in a variety of on-air and production jobs, including 29 years as board operator, operations supervisor and traffic manager for pubradio KUSC-FM in Los Angeles. He arrived at WETS in 2005.

Louisville Public Media has selected Polk Award–winning reporter Brendan McCarthy as managing editor of its new subsidiary, the Kentucky Center for Investigative Reporting. McCarthy is currently an investigative reporter for WWL-TV, CBS in New Orleans. He will be responsible for all editorial content, production and distribution. McCarthy has written for the Boston Globe, Chicago Tribune and Times-Picayune of New Orleans. Recently he contributed to “Law & Disorder,” a collaboratively produced investigative series that exposed abuses committed by officers in the New Orleans Police Department after Hurricane Katrina. Reporting by the Times-Picayune and ProPublica were featured in a documentary presented on Frontline in 2011. McCarthy begins work June 17.

WXXI in Rochester, N.Y., has hired Randy Gorbman as news director for its Center for Public Affairs. He will manage radio, television and online news, and oversee all daily operations of the WXXI newsroom. Gorbman previously served as news director at WHAM, a local news, weather and traffic station. He also worked as a news director, writer, announcer and producer at other stations in New York and Connecticut, and was an editor at the NBC Radio Network.

Jessey Riley is a new videographer and editor at Vegas PBS, arriving from his previous post as production manager for Southern Oregon Public Television. Riley has more than 12 years of experience in broadcasting, working as an audio/graphics technician, commercial producer and master control technician.

Fred Sauceman, a longtime East Tennessee State University administrator, will deliver local and regional news during Morning Edition and All Things Considered broadcasts on WETS-FM in Johnson City.The appointment marks thestation’s first move to cover local news in its 40-year history. Sauceman has been heard on WETS for years and frequently contributes stories to the syndicated program Inside Appalachia, produced by West Virginia Public Broadcasting.

Rebecca Eaton, executive producer of Masterpiece, has signed a book deal with Viking to write Making Masterpiece: 25 Years Behind the Scenes of Masterpiece Theatre and Mystery! Patricia Mulcahy, a former editor in chief of Doubleday and Co., will co-author the book, which is due out Oct. 29.

Broadcast journalist Craig Cohen is host of Houston Matters, a new public affairs show on KUHF-FM that premiered April 26. The show will initially air from noon to 1 p.m. Fridays, and eventually expand into daily production. Cohen joined KUHF in March from his post as news and public affairs director for Illinois Public Media in Urbana, Ill., and previously served as director of programming at dual licensee WITF in Harrisburg, Pa. Two KUHF reporters are also joining the Houston Matters team: Edel Howlin, who arrived at KUHF in 2011; and Shomial Ahmad, a multi-platform reporter who previously worked at WABE in Atlanta.

WGBH has promoted Jared Bowen, arts reporter, to executive editor and host for arts, and expanded his role to include community outreach and mentoring of station newsroom staffers interested in the covering cultural issues.

He also will host WGBH-sponsored arts events in conjunction with an upcoming capital campaign.

Bowen is the host of Open Studio with Jared Bowen, which debuted in February, as well as a regular contributor to the television program Greater Boston and WGBH-FM’s midday program, Boston Public Radio. He recently was honored with the Commonwealth Award presented by the Massachusetts Cultural Council, recognizing exceptional accomplishment in the arts, humanities and sciences. He joined WGBH in 1998.

DMW Direct Fundraising, a Massachusetts-based nonprofit fundraising consultancy, has hired three associates. Mary Toropov is a new account director who most recently directed individual giving at Boston Children’s Chorus and previously worked at WGBH. Scott Schultz also joins DMW as account director, arriving from Blackbaud/Target Software where he was relationship manager for pubcasting clients. And Susan Corlies is an account executive with experience at the Kessler Group and Vantage Direct, both in Boston.

Anne-Marie Slaughter takes over the presidency of the New America Foundation Sept. 1, succeeding veteran journalist Steve Coll. Slaughter, a current New America board member, will work out of the organization’s offices in New York and Washington, D.C.

She is a Princeton professor of politics and international affairs, and former dean of Princeton’s Woodrow Wilson School of Public and International Affairs. As she takes a new role at New America, she will transition to emeritus status at Princeton.

Slaughter previously directed policy planning at the U.S. State Department, and has been named to Foreign Policy magazine’s annual list of the “Top 100 Global Thinkers” in each of the past four years. New America is a nonpartisan public policy think tank that is home to the Media Policy Institute, which researches and formulates policy and regulatory reforms to foster development of media to serve community needs.

KNPB in Reno, Nev., has hired Ruthie Smith as manager of educational services, to lead community education efforts. This is Smith’s second stint at the station; she began her career there more than 20 years ago as a Ready to Learn facilitator. Most recently she led marketing for the local Montrêux Golf and Country Club.

Vegas PBS has hired a new Ready to Learn project facilitator, Sandi Wachtel. She’s responsible for RTL outreach programs and activities, including family workshops on literacy, health and mathematics. She has 17 years of experience in early and family literacy and community program management, and has taught every grade from preschool to college. Most recently she was a middle-school learning strategist.

KPLU in Tacoma, Wash., has hired Martha Kang as online managing editor, to ensure accuracy, timeliness and creativity for the station’s online content. For the past six years, she has worked in digital news production at KOMO News, an ABC News affiliate. She began leading KOMO’s social media department in 2011, and her efforts were highlighted on Mashable and Lost Remote, an industry blog. She was recently awarded the Kiplinger Fellowship by Ohio State University’s Kiplinger Program in Public Affairs Journalism.

KRCL in Salt Lake City has hired two business staffers. Lisa Chandler, a certified public accountant, is now accounting manager. Previously she was a financial officer at St. Benedict’s Foundation in Ogden, Utah. She’s also co-owner of Dinner’s Ready, an Ogden catering company, and was an adjunct professor at Weber State University, also in Ogden. Susan Spivey joins the station as corporate underwriting specialist. Spivey has more than two decades of media sales and marketing experience with local outlets that include KOSY-FM and KUTV2, the city’s CBS affiliate.