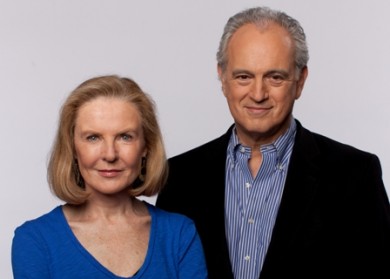 Ramer, a former CPB board chair whose previous term as a director expired in December 2012, was first appointed in 2008 by President George W. Bush. Dates, a former broadcast journalist with more than two decades of experience in academia, was nominated to serve on the board for the first time.

Both nominations must be approved by the Senate.

Dates joined Howard University more than 20 years ago, and has served as a faculty member, associate dean and dean of the School of Communications. She is an expert on the depiction of African Americans in popular culture. She co-edited Split Image: African Americans in the Mass Media (Howard University Press) and contributed to 12 other books. She previously taught in at two additional historically black colleges, Morgan State University and Coppin State University, both in Baltimore. Prior to her academic career, Dates was an anchor and executive producer at Baltimore NBC affiliate WBAL and co-anchor of its weekly television series North Star.

Ramer is a partner with the Los Angeles entertainment and media law firm Gang Tyre Ramer & Brown, who counts among his clients Steven Spielberg and Clint Eastwood. Prior to his 2008 nomination as a CPB director, he served on the board of KCET in Los Angeles for 16 years. During his last term on the CPB board, Ramer served as chair from 2010 to 2012.

The nominees are the first to be nominated to the nine-member CPB Board by President Obama since 2009, when Patty Cahill, former g.m. of KCUR-FM in Kansas City, joined the board. Cahill is now chair.

Two board members currently serving with Cahill are Florida educator Elizabeth Sembler and David Pryor, former Arkansas governor and U.S. senator, both of whom were appointed by former President Bush to terms that expire in 2014.

If Dates and Ramer are approved by the Senate, four vacant seats remain, two of which opened late last year when board terms expired for former magazine executive Chris Boskin of San Francisco and television news director Lori Gilbert of Elko, Nev.

Polly Anderson, new chief of Orlando’s WUCF-TV, was elected to chair the board of trustees of the Association of Public Television Stations (APTS) at its Public Media Summit Feb. 24.

Anderson, who became executive director of WUCF in early February, was elected professional chair of the APTS board; she had previously served as vice chair. The APTS board also elected John Harris, president of KFME, Fargo, N.D., as professional vice-chair and Edmund Driggs of WTVI, Charlotte, N.C., as lay trustee.

The duo formerly co-hosted The Jim & Margery Show for 13 years on WTKK, a commercial talk station that changed format in January.

Braude started his career as a legal-services lawyer in the South Bronx. He founded and served as the first president of the National Organization of Legal Services Workers and published Otherwise, a magazine about politics. He hosts Broadside: The News with Jim Braude weeknights on New England Cable News.

Eagan is a columnist for the Boston Herald and has written for Boston Magazine and other publications. She appears on local and national news programs, including WGBH-TV’s Greater Boston and Beat the Press.

The new co-hosts replace Callie Crossley and Emily Rooney, who will continue to contribute to the show, with Rooney serving as a featured guest during a recurring segment on Fridays.

WGBH also added Christopher Lydon to its roster of featured radio contributors. Theveteran broadcaster will appear Thursdays on Boston Public Radio to discuss current events. Lydon has a long track record on public radio and TV in Boston. He hosted The Ten O’Clock News on WGBH-TV from 1977–91, then went on to host The Connection on WGBH competitor WBUR-FM from 1994–2001. Lydon later launched the radio show Open Source, and is credited with helping to invent podcasting while he was a Berkman Fellow at Harvard University.

“The re-formatted Boston Public Radio program reflects the continuing evolution of 89.7 and the growing WGBH News team, which draws significantly on the expertise of staff across radio, television and the web,” WGBH said in a press release.

WITF in Harrisburg has hired Marie Cusick as multimedia reporter for StateImpact Pennsylvania, its news collaboration with WHYY in Philadelphia.  Cusick spent nearly two years at WMHT in Albany, N.Y., covering technology, the economy, politics and Marcellus Shale drilling for the Innovation Trail local journalism center. Her reports have aired throughout New York State and nationally on All Things Considered, Morning Edition and Weekend Edition. Cusick replaces Scott Detrow, who recently relocated to San Francisco as the Sacramento bureau chief for KQED.

The Association of Independents in Radio has selected producers Laura Hadden and Tennessee Jane Watson as its 2013 Live Interactive Residents.The two earned recognition with Matthew 24:14, about a doomsday believer preparing for a possible apocalypse, which was cited in 2011 by the International Documentary Challenge in the best film and directing categories. They will spend 10 weeks creating Wage/Working, a time-based media installation that blends income data with stories from local workers. Hadden and Watson will live and work at the free103point9 Wave Farm in upstate New York’s Hudson Valley, a nonprofit arts organization that experiments with radio transmission and sound as an art form. Hadden is media and communications manager for The Moth, the nonprofit organization that produces live storytelling events that inspired creation of The Moth Radio Hour. Watson is a multimedia producer based in Brooklyn, N.Y. She recently spent four years at the Duke University Center for Documentary Studies in Durham, N.C., coordinating youth programming.

Eve Troeh will join WWNO-FM in New Orleans April 3 as the station’s first news director. She has reported for the Sustainability Desk for American Public Media’s Marketplace since 2010, after joining the show in 2008. Troeh previously worked as a freelance radio and digital reporter from 2004-07 and was an associate producer/editor for American Routes in New Orleans for three years. Troeh also worked as a mentor at NPR boot camps for college journalists, and she taught journalism for middle-school students at 826LA in Los Angeles.

Youth Radio, which produces Peabody-winning content as it teaches media production skills to 14- to 24-year-olds, has chosen Richard Raya as executive director. Raya is former policy director for California Forward, a nonprofit advocating for better government. He also served as a finance director for the Alameda County Public Health Administration and was a 2012 candidate for the Oakland City Council.

“In addition to expertise in strategic management and communications, Richard brings a talent for amplifying the voices of underrepresented communities,” said Ellin O’Leary, Youth Radio president. Raya, a high school dropout, “understands the difficulties that too many young people face in developing career paths and educational opportunities.”

The ETV Endowment of South Carolina, fundraising arm of public television and radio in the state, has announced staff changes to fill the vacancy created by the recent retirement of Georgia Vaughn, director of planned and major giving since 2009. Dawn Deck, former membership manager, stepped into her position. Deck also joined the endowment in 2009. A new hire, Colleen Bishop, has taken over as membership manager. She formerly directed administrative services at Glenn Springs Academy for at-risk boys in Spartanburg, S.C.

Colorado Public Radio has promoted Jim East to vice president of membership, assigning him responsibility for both underwriting and membership. His previous position was director of membership. During his seven-year tenure at the station, pledge drive revenue grew 106 percent, according to Sue Coughlin, development s.v.p., an increase she attributed to East’s “keen insight and expertise.” East’s previous experience includes a stint as associate g.m. of programming at Boise State Public Radio in Idaho.

DMW Direct, a direct-response advertising agency in Philadelphia, has promoted Hilary Garrity to director of client services for DMW Direct Fundraising, a division that serves pubcasting stations and other nonprofits in fundraising and membership. Garrity previously served as manager of client services. In her new position, she will manage day-to-day operations of the six-person client services team. Before joining DMW in 2005, she was a senior associate of marketing operations at the international advertising agency Digitas, where she managed more than 30 promotional and branding direct-mail marketing programs.

One thought on “Obama nominates two for CPB Board, Boston pair move from commercial radio to WGBH, and more …”