A recent Nova documentary about unmanned aerial drones sparked a flurry of complaints from viewers upset by what the program’s producers didn’t say about development of the technology for military and other purposes: that Lockheed Martin, series underwriter and one of the country’s largest military contractors, is a developer of drone technology.

Although Lockheed was credited during underwriting spots that ran adjacent to the Jan. 23 PBS broadcast of Nova’s “Rise of the Drones,” the company’s role and interests in the technology were not mentioned during the program, even though one of the experts who appeared in the documentary has ties to Lockheed. Viewers who watched the program on PBS.org shortly after the broadcast wouldn’t have heard of the company’s sponsorship because PBS strips underwriting credits from programs streamed online. 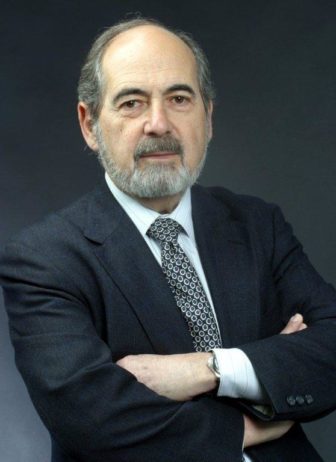 PBS Ombudsman Michael Getler later rapped the knuckles of Nova’s producers over the lack of disclosure, writing in his PBS.org column that Nova failed both the “perception” and “commercialism” tests that are fundamental to PBS’s underwriting guidelines.

He added: “Nova handled this situation poorly and did not comply with the spirit, at least, of the guidelines when it came to being upfront with viewers.”

The column, published online Jan. 31, was the third in two years in which the ombudsman faulted PBS for not adhering to its own standards for protecting against perceived conflicts between funders and editorial content.

The rap didn’t go down well at WGBH in Boston, which produces Nova among several PBS signature series.

In a telephone interview, Margaret Drain, vice president for national programming at WGBH, which produces Nova, said “It’s difficult to be reprimanded by the ombudsman,” but she said she respects his opinion.

“We are mindful of the importance of perception,” she said, but noted that underwriters have no control over editorial content produced at WGBH because “the firewall we maintain here is as thick as you can make it.”

Moreover, she said, “we were pleased that in his column he said we made an important contribution to the public dialogue about drones,” adding, “I’m pleased that at least we got a little huzzah there for that.”

In a statement provided to Getler for his column, WGBH spokesperson Jeanne Hopkins denied any breach, writing: “WGBH fully adheres to PBS funding guidelines and takes our public trust responsibility very seriously. With regard to Nova ‘Rise of the Drones,’ Lockheed Martin’s sponsorship of Nova is not a violation of the PBS underwriting guidelines.”

Getler was responding to a coordinated email and phone campaign mounted by media watchdog Fairness & Accuracy in Reporting (FAIR) protesting Lockheed Martin’s involvement after the ethical conflict was reported by blogger Kevin Gosztola on Firedoglake.com. Gosztola spotted the Lockheed Martin credit while watching the Jan. 23 broadcast.

A headline on his post called the episode “Mostly a PBS Infomercial for the Military Defense Industry.” He also noted that one of the program’s interview subjects also has ties to Lockheed Martin that were not mentioned.

In its follow-up analysis, FAIR reported that underwriting credits were stripped for the web video version, leaving no mention of Lockheed Martin support.

In his column, Getler wrote that he’d received some 700 complaints about “Rise of the Drones,” and that when he first watched it he found it to be “well done, informative and important.” But, he wrote, he felt “deceived” by Nova, as an online viewer, given that the credits had been stripped.

WGBH’s Hopkins said that credits come out of the streamed version of programs as a matter of PBS practice, but she said that in this case a mention would be restored “for full transparency.”

The show’s website now includes this disclosure: “‘Rise of the Drones’ is produced by WGBH, which maintains complete editorial control over all episodes of Nova. Lockheed Martin was a minor funder of the Nova series at the time this program was broadcast. Lockheed Martin produces the RQ-170 Sentinel drone technology mentioned in the program.”

The timing of the broadcast and the post-broadcast longevity of Nova programs add to the complexities of the funding disclosures, Drain asserted.  If Nova had mentioned Lockheed Martin’s funding within the program itself, as both Getler and FAIR had recommended, it would have confused viewers, she said. The program will have a shelf life of many years, and viewers who watch it months or years from now will have no knowledge that Lockheed Martin was an original sponsor of the broadcast.

“You have to make a show that will stand the test of time; the funders will change,” Drain said. 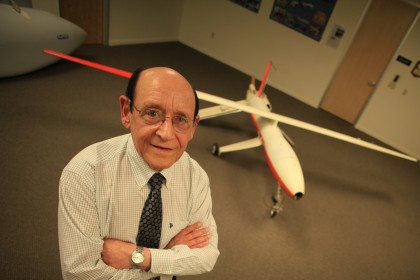 One of the experts who appeared in Nova’s “Rise of the Drones” was Abe Karem, creator of the Predator drone. Critics of the broadcast faulted Nova for not disclosing Karem’s business relationship with Lockheed Martin, corporate sponsor of the series at the time of the broadcast. (Photo: WGBH)

Indeed, Lockheed Martin’s underwriting commitment to Nova ended in February. If the documentary had debuted just a couple of weeks later, the link between the program’s content and the funder’s interest would not have been evident to critics, even though the program had been in development during the defense contractor’s sponsorship period.

But WGBH’s underwriting sales staff didn’t know that the drone program was coming when Lockheed Martin signed on for a year-long sponsorship in January 2012.

In an era of multinational conglomerate companies that have “tentacles in so many areas,” Drain said, the notion that WGBH could find an underwriter that “will not have any interest whatsoever in any thing Nova might cover” down the road is unrealistic, particularly when its producers are under increasing pressure to deliver fast-turnaround shows, such as a special on drugs and the minds of rampage killers that Nova presented Feb. 21. “That’s not the world we live in,” she said, “When we have corporations that are interested in underwriting Nova for an entire year, that’s a great thing.”

The “perception test” that Getler cited in his review of “Rise of the Drones” is one of three standards for assessing whether a program meets PBS funding guidelines; it evaluates whether viewers might perceive that a funder exercised editorial control. (The other two consider whether the funder has exercised editorial control, and whether viewers might conclude the program is on PBS because it promotes the underwriter’s products, services or business interests — the so-called “commercialism” test.)

By Getler’s assessment, the Nova program on drones is the third PBS program in two years that didn’t meet PBS’s funding standards yet made its way into the national schedule.

Last April, he chastised the series America Revealed, which was produced by Lion Television and funded in part by CPB, for accepting sponsorship from the Dow Chemical Co. In his ombudsman’s column, he noted that “big chemical companies are red flags for lots of PBS viewers,” and that some viewers complained that the show was too closely aligned to Dow’s vast global interests. And in July 2010 he found fault with a three-part series produced by Pennsylvania-based Free to Choose Media, Turmoil and Triumph: The George Shultz Years. Getler described the profile of the former Secretary of State as “a portrait so glowing that it overwhelms whatever modestly critical elements are included, that does not easily fit the designation one usually associates with a documentary, and that is indeed funded in part by associates of the subject.” PBS disputed Getler’s conclusions on both shows.

In an email, Getler told Current that while such programs appear infrequently on PBS, the perception question remains a “continuing problem” and “sometimes occurs on high-profile programs that can damage PBS credibility. My sense is that it will keep happening as long as the funding problem continues and the critical pressure, from me or others, is tolerable.”

While he commends PBS for having its funding guidelines, Getler believes that PBS should review its standards and “be more diligent” in applying them. He suggests that PBS employ “some kind of a hard-nosed person — something like an internal ombudsman — or body to review specific programs and series before they air where the possibility exists of a perceived funding conflict.”

“It seems to me that openness on these issues, and within the programs themselves, is always better than a loss of credibility,” Getler added.

The CPB-funded Editorial Integrity for Public Media project opted to take another approach. The standards the project developed for local broadcasters uses the term “transparency” to guide decision-making in both content creation and fundraising, said Byron Knight, emeritus director of Wisconsin Public Broadcasting and co-director of the project. “That is much more a definable word than perception,” he said.