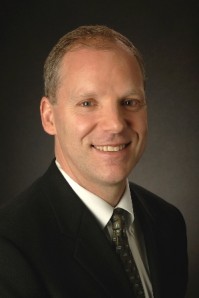 “Obviously, I see Andy as someone who can superbly lead this place when I retire in a few years,” Mel Rogers, PBS SoCal president, told Current. “That is part of why I want him here. But my replacement will be decided by our board of trustees. I can’t imagine a scenario whereby they would not choose Andy. Who could be better?”

Russell will plan and launch a new Los Angeles facility for the station; lead development of new local content; expand the station’s capacity to produce programs for national distribution; and develop partnerships and programs with potential to generate revenues. He begins the new job in March.

During his 18 years in public media, Russell has held senior executive posts at both CPB and PBS. The PBS SoCal position is his first at a public TV station.

Russell has held key roles during two stints at CPB. From 2000–07, he previously was CPB’s s.v.p. media, leading the corporation’s strategy, programming services and new ventures for both public television and radio. From 1990–96, he rose to director, system and station development.

Through his consultancy, Market Trends Research, Dominowski has worked with more than 100 pubradio stations, as well as the major national pubcasting networks and professional organizations. Previously, he was program director at Chicago’s classical music station WFMT and WMFE-FM in Orlando, Fla. Dominowski was among the “Gang of Four” station programmers who cofounded the Public Radio Program Directors Association in 1982.

“I have always made it a practice to remain open to any situation that will result in personal growth,” Dominowski told Current. “I thought long and hard about returning to a station, and when Northeast Indiana Public Radio indicated their interest, I found that it was the right situation both professionally and personally: two stations, a community licensee, staff and board that are very committed to serving the community — as well as being a great place full of opportunity for my four young stepchildren to grow up.”

Dominowski served on the Board of the Radio Research Consortium for 11 years, and helped establish the “PD Bee” programming workshops and Morning Edition Grad School (MEGS). He plans to continue his role facilitating MEGS workshops with Scott Williams and Tanya Ott, and will consult with a small group of stations. He’ll also conduct a follow-up to Sense of Place, PRPD’s 2006 study.

Michael Sullivan, a television producer whose name has run near the top of credit rolls of Frontline almost continuously since 1987, has exited the PBS investigative documentary series.

His position as executive producer for special projects was phased out due to a funding shortfall that the series’ top executives describe as temporary.

The veteran producer oversaw high-profile titles produced by filmmaker David Sutherland, including The Farmer’s Wife, the 1998 epic documentary series chronicling the struggles of a Nebraska farming family; and Country Boys, the 2006 series following two teenagers growing up in West Virginia. Sullivan also spearheaded work on Sutherland’s latest film, Kind Hearted Woman, to be co-presented on PBS by Frontline and Independent Lens April 1 and 2.

Sullivan said he began at Frontline in 1983 as a senior producer. Prior to Frontline, Sullivan led an award-winning investigative unit at WCCO-TV, the CBS affiliate in Minneapolis.

PBS lured him away in 2000 to take over research and development of Public Square, a national public-affairs magazine that was to be an All Things Considered for television. But when PBS couldn’t secure funding for the ambitious production, Sullivan returned to Frontline in 2001.

He is already at work on a screenplay and is “investigating the possibility” of teaching. He’s also considering setting up a documentary filmmaking consultancy to advise producers who need help structuring their work, and he still advises producers of Frontline.

But the show recently experienced a budget shortfall, which prompted execs to make the difficult decision to phase out Sullivan’s position. “Sometimes funders’ timetables don’t align with ours,” Aronson-Rath said. “Hopefully, it’s a very temporary shortfall.”

NPR News has appointed Robert Little senior editor for investigations. Little, who has been the Baltimore Sun’s investigative and enterprise editor since 2010, will work with reporters, producers and editors as well as supervise NPR’s partnerships with other nonprofit news organizations doing investigative work. “We have serious ambition for NPR’s investigative work, and Bob brings a powerful set of skills to the task,” said Margaret Low Smith, NPR senior vice president of news. Under Little, the paper recently published articles uncovering flaws in Baltimore’s speed camera network, which has since been shut down. Little also designed and launched the watchdog blog Sun Investigates and oversaw newsroom training programs. He begins work at NPR March 4.

KQED Public Radio has selected two new bureau chiefs. Steven Cuevas, named radio journalist of the year in 2012 by the Los Angeles Press Club, will oversee L.A. coverage for the San Francisco pubcasting station. He began at KQED 17 years ago as an intern and later helped establish the first public radio newsroom at KUT in Austin. He returned to California in 2005 to start the first Inland Empire news bureau for Pasadena’s KPCC. Scott Detrow, who received the duPont-Columbia Silver Baton in 2012 for coverage of natural gas drilling in Pennsylvania, takes over KQED’s Sacramento bureau and will cover state politics and policy. In his most recent position, at NPR’s StateImpact Pennsylvania project, Detrow covered the economic and environmental consequences of the state’s shale drilling boom. Before that, he covered the state capitol for WITF, WHYY and other Pennsylvania public radio stations.

Marketplace Senior Business Correspondent Bob Moon is leaving the American Public Media show after his position was eliminated in a budget-cutting move, according to a memo released to Current. Moon, a 12-year veteran with the public radio series covering business and the economy, has served as an occasional fill-in host for Marketplace, Marketplace Morning Report and Marketplace Money. Before joining the Los Angeles–based production in 2000, Moon covered international news for the Associated Press for 20 years; he also served as White House correspondent for the wire service’s broadcast division. In the Feb. 1 memo announcing Moon’s departure, Marketplace Executive Producer Deborah Clark blames “budget issues” that have carried over from 2012 for the layoff.

Royal Aills, a former station manager of Oklahoma Educational Television Authority (OETA), is the new general manager of KRSC-TV at Rogers State University in Claremore, Okla. He begins work Feb. 18. He replaces Dan Schiedel — who, coincidentally, is now executive director of OETA. Aills spent seven years at that state network, from 1988 through 2005. Since then, he’s worked as g.m. of KWBH-TV and Faith Channel, both Tulsa religious broadcasters. Branded as RSU Public TV, the station is one of only six non-PBS members nationwide that receive CPB funding, and is the only full-powered pubTV station licensed to a public university in Oklahoma.

WNIT Public Television in South Bend, Ind., has hired Greg Giczi, formerly of KAET in Arizona, as president and g.m. Giczi replaces longtime WNIT leader Mary Pruess, who exited last October and is now a finalist to head WQPT at Western Illinois University in Macomb. At KAET from 2002–08, Giczi led the station through a period of growth and expansion that included construction of a 70,000-square-foot broadcast facility.

The nonprofit investigative newsroom ProPublica has appointed Joe Sexton, an editor and reporter at the New York Times for more than 20 years, as a senior editor. He will manage reporters and oversee major investigations. At the Times, Sexton most recently worked as sports editor, and ran the paper’s Metropolitan desk for five years.

Ken Stern, former NPR c.e.o., has written a new book set for release Feb. 26: With Charity for All: Why Charities Are Failing and a Better Way to Give (Doubleday). Stern “set out to investigate the vast world of U.S. charities and discovered a sector hobbled by deep structural flaws,” according to the publisher. Stern is currently c.e.o. of Palisades Media Ventures, a digital media content company in Washington, D.C.

Science Friday has promoted Flora Lichtman to correspondent and managing editor of video. She was previously the NPR program’s multimedia editor. She’ll still produce videos for Science Friday, as well as supervise production of new content. Lichtman will also continue to chat on-air with host Ira Flatow about the “Video Pick of the Week,” and fill in for Flatow. She’s the co-author of Annoying: The Science of What Bugs Us (Wiley, 2011) and writes regularly for Popular Science magazine.

Daniel Leeds, founder and president of the National Public Education Support Fund and chair of the Alliance for Excellent Education, is the latest member of the PBS Foundation Board of Directors. The PBS Board approved Leeds’s appointment during its Jan. 29 meeting in Las Vegas. He is president of Fulcrum Investments, a private investment firm in Washington, D.C. Leeds and his family also have launched, funded and advocated on behalf of the Schott Foundation for Public Education and the Institute for Student Achievement.

The JPR Foundation in Ashland, Ore., has hired Randy Bobst-McKay as executive director of Jefferson Live!, a limited liability corporation that is a subsidiary of the foundation. Jefferson Live! was created as part of a settlement between the foundation and Southern Oregon University over control of stations in the Jefferson Public Radio network, as well as two theaters that the foundation had acquired for restoration (Current, Sept. 10, 2012). Bobst-McKay currently serves as v.p. for marketing and finance at Symphony Silicon Valley in San Jose, Calif.

Sarah Rosen is now development director at Public Media NJ, the nonprofit subsidiary of WNET that operates NJTV. She is raising funds from individuals and foundations, and soliciting support for network operations, programming and multi-platform projects, including the network website. Rosen most recently served as development advisor to the Bishop of the Episcopal Diocese of Newark, N.J., and previously led development at Kent Place School in Summit, N.J. Earlier in her career, from 1987–94, Rosen was deputy development director at WNET, where she started its planned giving program and was responsible for major gifts.

Michael Raia, former press secretary to Maryland’s lieutenant governor, is WGBH’s new director of media relations and marketing, responsible for overseeing press relations and local marketing for the Boston station. “Michael has a wealth of experience in strategic communications and a broad understanding of public service through his work in city and state government,” said Jeanne Hopkins, station v.p. for communications and government relations.

Underwriting sales executive Jay Ahuja recently transitioned from public radio to public television in Charlotte, N.C., where he’s responsible for developing local, regional and national support for WTVI-TV, which was acquired in March by Central Piedmont Community College. Ahuja spent the past eight years as a top sponsorship producer at WFAE-FM and, before that, worked in ad sales at the Charlotte Observer for nearly six years. “CPCC has already invested in new technology, marketing and programming to make WTVI an exceptional public television station,” Ahuja told Current. “Now it’s up to me to keep that momentum going with underwriting support from local businesses.”