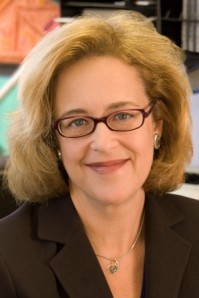 Dana Davis Rehm, NPR’s senior v.p. of marketing, communications and external relations, will leave the network May 6 due to a reorganization of her division under new Chief Marketing Officer Emma Carrasco.

The restructuring is intended to “put more emphasis on marketing than on communications,” said NPR President Gary Knell in a Feb. 14 email to station leaders.

“Though I have only known Dana for a little more than one year, I can’t think of anyone who has demonstrated a deeper commitment to NPR and public radio, or who better reflects our values,” Knell wrote. “As our longest-serving head of Marketing & Communications, she has established effective communications strategies and practices and a built a staff that has given me confidence that we could deal with anything that might come our way.”

Rehm joined NPR in 2001 after directing Wisconsin Public Radio. While at NPR, she led the New Realities initiative in 2005-06 and served as executive sponsor of the network’s acquisition of Public Interactive. In his email, Knell also credited Rehm for recommending that NPR acquire the sponsorship sales company now known as National Public Media and that it create NPR Music in collaboration with stations.

Rehm says she hopes to continue working in public media after leaving NPR.

The reorganization also eliminated the position of director of branding and services, a job held by Kathie Miller, who has worked at NPR for 14 years. NPR will also move its Audience Insight and Research division into Carrasco’s department, with director Lori Kaplan continuing to lead the division.

Two new positions have been created: director of marketing and branding, and director of branded events. They have yet to be filled.

“There are always multiple reasons for decisions of these types,” Krichels said in a Feb. 15 memo to members of the Affinity Group Coalition, the public TV station organization that he once chaired. “While I have enjoyed being a manager, and am proud of the organizations I have worked with, I am looking forward to a change and hopefully a certain freedom that comes with it.”

Krichels has been at WPSU since 1999. During his tenure, the station pioneered new approaches to mission-based work of public service media, joining academic resources with national partners and funders for engagement activities. In November 2012, as the university was reeling under allegations of sexual improprieties in its athletic department, WPSU produced a live call-in program, Confronting Child Sexual Abuse, which also aired on Philadelphia’s WHYY, was simulcast on a state cable network and streamed online.

From 1984-99, Krichels was president of KBDI-TV in Denver. He also served as a chair for the University Licensee Association.

He continues to work on the Local Public Media Organizations’ Code of Editorial Integrity, an update of the 1984 Wingspread Conference’s Statement of Editorial Principles that has been under development for several years.

While many believe that financial stability is the primary challenge facing the pubcasting system, Krichels told Current, “I think of equal importance is the editorial integrity of our work. That is the basis of the trust that public broadcasting has earned. When I chaired the initial Editorial Integrity initiative, I got a closer understanding of the complexity of the issues and our vulnerabilities. This last year, as you might imagine, made it increasingly real for me.”

Krichels said he intends to continue working in public media. “This is not a retirement notice,” he told his AGC colleagues. “There are no cows envisioned for my backyard just yet, only a feisty puppy that needs training.”

North Carolina Public Radio’s Connie Walker has joined the board of directors of DEI (Development Exchange Inc.), the Minneapolis-based adviser to public media stations on fundraising.

She also serves on the boards of NPR, the Station Resource Group, Eastern Region Public Media and the University Station Alliance. Earlier in her public media career, she spent two terms as president of Public Radio News Directors Incorporated.

Southern California Public Radio in Los Angeles lost two senior staff members this month. Craig Curtis, p.d. at the station for 12 years, left Feb. 15, and Senior Editor Cheryl Devall followed Feb. 19. Curtis said the decision to leave was his own and that it was “time for a change” at the pubradio station. “I feel good about where KPCC has come and where it’s headed, and I feel good about me heading out now,” he told Current in an email. The move was under discussion off and on for a few months, he said, and “this seemed like a relatively quiet time.” Regarding plans for the future, however, Curtis expects he won’t go far from public radio. Devall edited news at the station for seven years. She formerly worked as an editor at Marketplace and reported for NPR as well as the San Jose Mercury News, the Chicago Tribune and the Courier-Journal in Louisville, Ky. She also taught radio production at the University of Southern California Annenberg School for Communication and Journalism, and was a Knight Journalism Fellow at Stanford University.

New England Public Radio Music Director John Montanari will retire at the end of 2013. “After 35 straight years of radio, I felt it was my time to see what else life has to offer,” Montanari said in his announcement. “I’ll no doubt still be involved in music presentation locally, but look forward to more time for travel, reading, writing, cooking and other pursuits. It’s been an absolute blast, and I’ll leave with great memories and lots of nice friendships.” General Manager Martin Miller said that for thousands of listeners, “John is the voice of WFCR, and one that will be deeply missed when he retires.”

Rita Houston,longtime music director at the New York contemporary music station WFUV, was promoted to program director by Chuck Singleton, her predecessor in the job. The position had been vacant since last June, when Singleton was named general manager of the Fordham University–owned station. Houston came to WFUV in 1994 from WXPS (now WXPK), a commercial Triple A station in Westchester County, N.Y., where she was midday host. As host of WFUV’s The Whole Wide World with Rita Houston, she displays her wide-ranging taste in music and interview skills, with guests as different as Willie Nelson and Bjork. For eight years Houston also has curated FUV Live at Zankel Hall, a concert series staged at the downstairs listening room at Carnegie Hall.

Western Reserve Public Media in Kent, Ohio, has appointed Toni Kayumi to the new position of chief business development officer. She’s responsible for cultivating major-donor and corporate support, as well as other new revenue initiatives. Kayumi was v.p. of mission advancement and collaboration at YMCA of Greater Cleveland, leading financial development, government relations, operational expansion, and diversity and inclusion efforts. She also previously served as v.p. of marketing and development at WFWA-TV, the PBS station in Fort Wayne, Ind.

Alan Carmack has a new role at WFYI Public Media, transitioning from six years as TV program manager to an account executive on the Indianapolis station’s corporate development team, where he will sell underwriting and sponsorships. Carmack has also served as on-air promotions manager, broadcast manager and traffic assistant at WFYI.