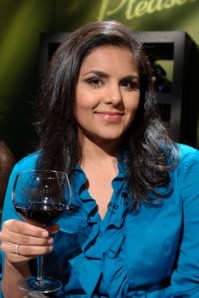 Fisher will oversee daily administration of the organization, managing the finance, membership, underwriting, engineering and IT departments.

Fisher spent 28 years at TPT in St. Paul, serving as v.p. of station operations, v.p. for development and communications, and v.p. of broadcast operations. PBS named him Development Professional of the Year in 2005.

“Glenn’s extensive experience in public broadcasting and station management will be an excellent addition to KERA’s senior leadership team as the organization continues to grow and provide essential resources to the North Texas region,” said Mary Anne Alhadeff, KERA president, in the Jan. 18 announcement.

Polman spent more than 20 years at the Philadelphia Inquirer as a political writer, columnist and foreign correspondent, and has covered every presidential campaign since 1988. He is also a full-time faculty member at the University of Pennsylvania as a writer in residence, and a frequent guest on C-SPAN, CNN, MSNBC, BBC, NPR and WHYY-FM’s own Radio Times.

“It’s a thrill to be able to call NewsWorks.org the exclusive home for one of the nation’s brightest and bluntest political journalists,” said Chris Satullo, v.p. of news and civic dialogue at WHYY,  in the Jan. 18 announcement.

The arrangement also calls for WHYY and Polman to develop other outlets for his work, including on-air programming and podcasts.

Sen. Jay Rockefeller (D-W.Va.), a dependable advocate of public broadcasting for decades, announced that he will not seek re-election in 2014.

Joining him for his Jan. 11 announcement in Charleston was his wife, Sharon Percy Rockefeller, president of WETA in Arlington, Va., and a past CPB chair.

“As I approach 50 years of public service in West Virginia,” Sen. Rockefeller said, “I’ve decided that 2014 will be the right moment for me to find new ways to fight for the causes I believe in and to spend more time with my incredible family.”

Sen. Rockefeller chairs the Senate Committee on Commerce, Science and Transportation, which oversees CPB and FCC funding. In March 2011, in the midst of partisan attacks on pubcasting federal funding, Rockefeller told Current: “I have always believed that public broadcasting is a national treasure. It offers a diverse and engaging range of educational and children’s programming, as well as news, and is a valuable asset.”

The nonprofit newsroom ProPublica is reorganizing its leadership ranks. Robin Fields is now managing editor, responsible for leading investigations, developing partnerships, managing reporters and overseeing all other editorial functions. She joined ProPublica as a reporter in 2008 and became a senior editor in 2010. Fields succeeds Stephen Engelberg, who was promoted to editor in chief to replace Paul Steiger, now ProPublica’s executive chair. Also, Eric Umansky, previously a senior editor, has assumed the new position of assistant managing editor, to recruit editorial talent and oversee quick-paced coverage. ProPublica is an independent producer of investigative journalism in the public interest, and in 2010 became the first online news organization to win a Pulitzer Prize.

The host of Check, Please!, WTTW’s restaurant review series, is departing the show after 10 years. Alpana Singh plans to devote more time to her own new restaurant, The Boarding House, where she is also master sommelier. Singh took over hosting duties in the third season from the original host, Amanda Puck. Previously Singh had worked as master sommelier at Everest, and director of wine and beverage for Lettuce Entertain You Enterprises, a major local restaurant company. V.J. McAleer,  s.v.p. of production for the Chicago station, said WTTW would begin a search for her replacement soon.

PBS NewsHour promoted Terence Burlij to deputy politics editor. Burlij has been with the weeknight news program for 10 years, starting as a desk assistant in 2003. He moved to the political beat in 2006, associate producer in 2008 and producer in 2009. “Terence is a trusted, competent and dedicated member of the NewsHour’s Team Politics,” Executive Producer Linda Winslow and Political Editor Christina Bellantoni said in a memo to staff. “He loves the ins and outs of campaigns, and his enthusiasm for covering them shines through everything he does.”

NPR’s Science Friday is welcoming Julie Leibach as managing editor, online, a new position. Leibach, who started work Jan. 7, oversees the show’s recently redesigned website, editorial strategy and freelance bloggers. She comes from Audubon Magazine where, as a senior editor and web manager, she was involved in both print and online operations, and edited stories on topics ranging from cypress swamps to the Fukushima Daiichi Nuclear Power Plant disaster’s effects on wildlife.

Louisville Public Media has selected Kirsten Popp Pfalzgraf as marketing and engagement manager for its three public radio stations, WFPL, WUOL and WFPK. Previously, she was communications manager at the local Speed Art Museum. “I grew up listening to public radio and have been a long time supporter in my adult life,” Pfalzgraf said in a statement. “I am thrilled to develop an even deeper level of support by becoming a part of the Louisville Public Media team.”

Public TV consultant Tina Waganer has joined Car Talk Vehicle Donation Services as an advisor on television projects, as the program expands its television offerings this year. Waganer has 25 years experience in pubcasting, including 13 at Maryland Public Television. Most recently she headed public TV relations at Cre-a-tv, a video production and editing firm she founded with her husband.

One thought on “KERA lures Fisher after 28 years at TPT, Rockefeller to retire, Check Please! host moves on, and more …”