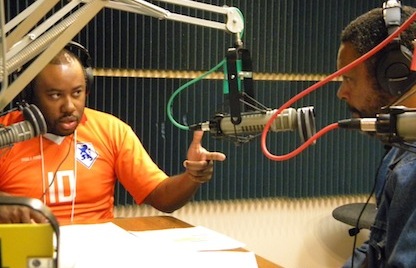 Public radio stations trying to diversify their audiences, staffs and programming have found an increasingly active ally in NPR, whose leaders have been travelling to stations in recent months to help broadcasters walk the difficult walk of achieving diversity.

The efforts are spearheaded by Keith Woods, NPR’s v.p. for diversity in news and operations since 2010, who has conducted more than a dozen workshops in person and more by phone to help stations develop strategies for dealing with issues of diversity. Local pubcasters’ goals can include achieving greater diversity in age and ideology as well as ethnicity, and among various groups of people: a station’s staff, audience, sources for reporting, on-air talent and interviewees.

These issues have been an ongoing concern for NPR as well as stations. In his first year as president of NPR, Gary Knell has repeatedly stressed diversity as a key goal in his vision for NPR. His mandate has added urgency to the network’s role in helping stations.

“We don’t have the market cornered on this either, by example or success,” Woods says. “But we have a leadership role as the best-resourced organization in this system, and Gary has now instructed us to lead.”

Stations and networks do have some ground to cover. Take ethnic diversity as an example: While the country’s population is 77 percent white, NPR’s audience is 87 percent white, according to research compiled by NPR and cited by Ombudsman Edward Schumacher-Matos in an April 2012 column. A 2010 study by SmithGeiger found that people of color who didn’t listen to NPR most often said they simply weren’t familiar with the programming.

Woods visits stations at their request, tailoring his consultations to their needs. He’s helped KPCC in Los Angeles with diversifying its staff throughout its hiring boom of the last 18 months. He worked with Colorado Public Radio as it reconsidered its approach to storytelling, and in St. Louis he advised KWMU on growing its audience using live events. He’s often assisted by Luis Clemens, NPR’s senior editor for diversity, and Doug Mitchell, who previously led NPR’s intern program and now works as a consultant for the network.

The work never ends. “Whenever you’re looking at trying to make a culture change, it’s not going to be any one meeting or event,” says Mike Crane, director of Wisconsin Public Radio. “It’s an ongoing process.” WPR has developed a database to track sources and started an internship program for people of color.

Before Woods joined NPR, his work on diversity issues in journalism extended to for-profit media as well. Public media outlets are more open to setting goals with respect to diversity, he says, but obstacles remain.

Executives at KCUR in Kansas City, Mo., took that risk independently of advice from Woods. So far, the gamble appears to have paid off, though not without friction.

In 2010, longtime talk show host Walt Bodine retired from his eponymous weekday show at the age of 92. Program Director Bill Anderson was on the lookout for a new host.

“I made a conscious decision to make this program sound very unlike my dad’s public radio,” Anderson says.

At the same time, a former commercial radio host from Los Angeles got married and moved to Kansas City. Jabulani Leffall, now 36, had also written for the Baltimore Sun, Variety, Black Enterprise and other publications after graduating from journalism school at the University of Missouri.

Upon arriving in Kansas City, he checked around with local media in search of a job. His inquiry at KCUR, and Anderson’s appetite to shake things up, led to Leffall helming Central Standard, the new show that filled the gap left by Bodine’s departure.

At first, “he was a little rough around the edges,” Anderson says. Adjusting his diction to public radio’s slower clip was a challenge. “I wanted it to be over with,” Leffall says of his initially speedy delivery.

A small but vocal portion of Bodine’s longtime listeners complained about Leffall and the show’s inclusion of subjects such as hip-hop. Leffall says he endured criticism with racist overtones, such as listeners who said he didn’t have a command of the English language. Others went as far as slinging the n-word.

Leffall also met with representatives of Kansas City’s African-American community, who “wanted to see what kind of a black person I was,” he says. “I can’t say what the verdict is.” African-Americans make up 17 percent of the city’s population.

The new host made clear that his arrival as the first black host of Central Standard did not mean that the program was becoming an exclusively black show, or that he would serve as a mouthpiece for the community. Talking with local African-Americans, he learned that “the perception of the station was that it served Whitey McWhiterson,” he says.

After the bumpy start, Anderson and Leffall are happy with what they’ve accomplished. In 2010, African-Americans made up 4.2 percent of the station’s audience. That has gone up to an average of 9.9 percent over a recent six-month period.

Leffall’s presence on Central Standard has helped KCUR better reflect the city’s diversity, says Lorenzo Butler, a media relations coordinator for Kansas City’s library system. Lorenzo, who is 35 and African-American, introduced himself to Leffall when the host moved to town.

“I felt like I was shut out from the local scene as far as talk radio was concerned,” Butler says of the days before Leffall took to the airwaves. “He’s opened the door for myself and others to have our own voice that we hear on a daily basis.”

Leffall sought to incorporate more voices into his show from the east side of Kansas City, a part of town that faces a higher crime rate and was less often featured on the program. He’s also branched out to include cultural subjects, such as hip-hop and racial identity, that might not have been covered before his arrival.

One show about apps for mobile devices brought in a call from an 18-year-old dubstep fan and an 81-year-old woman who complained about people using phones in church. “It couldn’t have been more disparate,” Leffall says. “That’s diversity in and of itself.”

Seven months after he started hosting Central Standard, an elderly woman approached him at a grocery store, Leffall says. She pointed at him and said, “You’re that guy. . . . I didn’t like you at first. You’ve got big shoes to fill. You’re coming along. . . . Don’t mess it up.”

KCUR’s experience is echoed in the 2010 SmithGeiger Audience Opportunity Study conducted for NPR, which advised, “To be clear, part of making programming more accessible is to ensure we have voices that authentically represent the full experiences of those that we are hoping to attract.”

That effort can extend beyond on-air talent to the sources journalists use for reports and talk shows. When NPR’s Clemens accompanies Woods on station visits, he gives a workshop for journalists about using social media to diversify their sources.

Wisconsin Public Radio has undertaken a special effort to diversify its pool of news sources; those that WPR journalists have turned to most often are primarily older white males, says Crane. So over the past six months, the network has compiled several disparate databases of sources and begun tracking race, ethnicity, point of view and other factors related to diversity.

WPR producers are required to identify a new source or guest each month who adds to the diversity of the network’s programming, and to get them on the air. The goal is to eventually schedule some in recurring appearances, Crane says.

“We’re on a search for truth,” Crane says, “and finding the truth means having a variety of voices and viewpoints on the radio.” For example, because the state has a strong progressive movement, producers go out of their way to find conservative guests to avoid underrepresenting their points of view.

Woods and Clemens have been talking with WPR about possibilities for expanding use of the network’s database so that public radio journalists throughout the system can access and add to it.

NPR’s diversity team has worked with New England Public Radio in Amherst, Mass., on another pressing concern. The station has had difficulty attracting people of color to work there, says Helen Barrington, executive director for programming and content.

Its salaries may not be attractive enough, she says, but the station’s pay rates are controlled by the university system that holds NEPR’s license. The station’s location in a smaller town rather than a big city also hinders minority recruitment.

Many stations lack the staff to cultivate the connections that can lead to diversity in hiring, says Woods. He met with NEPR’s senior leadership and board to advise them on the matter.

Working with NPR, Doug Mitchell has been helping stations with scouting and recruiting work. And the network received 1,300 applications from 1,000 unique applicants for the four jobs in its new race and ethnicity unit backed by CPB.

“We’ve decided to leap upon the opportunity that this creates and scan those applicants for the racial and ethnic diversity that the system has been asking for,” Woods says. The network plans to help connect the applicants with stations that have been seeking to diversify their staffs.

“The pipeline challenge may have gotten a completely unexpected boost,” Woods says.

This article has been revised to reflect the correct title of the KCUR show formerly hosted by Walt Bodine.
ShareTweet EmailPrint More