KCET, the Los Angeles public TV station that split from PBS nearly two years ago, is merging with Link TV, the noncommercial national satellite broadcaster that specializes in international news and documentary programming.

The boards of KCET and San Francisco-based Link TV approved the Jan. 1, 2013, merger on Tuesday morning. No money was involved in the deal. 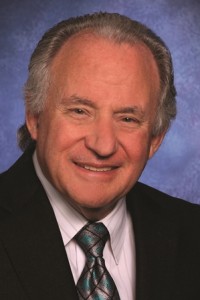 The new nonprofit, KCETLink, will have one board and management team but continue to distribute programming under each  established brand. KCET President Al Jerome will be chief executive officer of KCETLink, with Link TV President Paul Mason serving as chief strategy officer. Both will be based at KCET headquarters in Los Angeles.

Staff and operations will be consolidated, Jerome said, with KCET taking on “a significant number” of Link’s 40 employees, for a total of around 150 staffers. “As with any merger situation, we’ll be taking a look” at possible restructuring or layoffs, he said. Employees will work for both entities.

As KCETLink, both media outlets gain new distribution platforms for their programs. Link TV, now available in 33 million households nationwide via the DirecTV and Dish satellite networks, will pick up some KCET programs and take over one of KCET’s three multicast channels in Los Angeles, gaining access to broadcast audiences in the nation’s second-largest market. KCET will air some Link TV news programs on its main channel.

Some episodes of SoCal Connected, KCET’s weeknightly newsmagazine, will be among the shows to run on Link TV’s schedule; those programs will be chosen based on their appeal to national audiences. KCET has yet to decide which of its three multicast channels will be dropped to make way for Link TV; it currently offers Kids & Family channel, V-me and MHz Worldview. 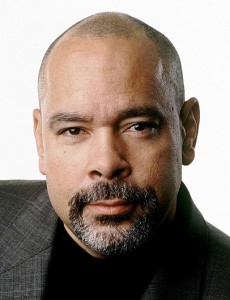 Merger talks began “serendipitously” about six months ago, Mason said, when leaders of the two organizations “started to notice complementary factors” between them.

Public media needs to find more efficient and intelligent ways of operating, Jerome told Current, and that often means collaboration. “By consolidating our workforces we came up with operating and financial efficiencies, at the same time taking advantage of our complementary strengths,” he said. “As we walked down that road, we said, ‘We have to be the architects of our own future.’ The merger idea was the best solution.”

Jerome and Mason also have similar backgrounds: Jerome came to KCET in 1996 from a career in commercial broadcasting that included 17 years in NBC management; before Mason took over in September 2011 at Link TV, he was a senior v.p. of ABC News.

After selling its historic studios on Hollywood’s Sunset Boulevard to the Church of Scientology for $42 million, KCET moved into a new headquarters in Burbank in April.

With its new production facilities, Jerome said, KCET’s leadership “felt we had real, significant production expertise to bring to bear to assist Link. And Link is doing a tremendous job in digital technology, so that’s complementary to us.”

Link carries global and national news, documentaries and international cultural programming. “We came to see KCET’s relationship with the BBC, and the international programming they’ve been sharing both in news and entertainment, as having the same values that are important to our audience,” Mason said.

Today’s announcement is the latest of several program initiatives unveiled by KCET since its split from PBS in January 2011. The station retooled its lineup to feature international news programming, paired with popular British dramas offered by other distributors, such as Doc Martin. Deals aimed at expanding its own production output — such as a $50 million partnership with a former Disney executive — have been slow to bear fruit.

Link TV premiered on Direct TV nearly 13 years ago after the FCC required satellite broadcasters to set aside part of their spectrum for public-service purposes (Current, Dec. 13, 1999). Its parent organization, Link Media, was co-founded by the Independent Television Service, the Internews Network, and Internews Interactive; it operates Link TV as well as websites LinkTV.org, LinkNews and ViewChange.org, an advocacy storytelling site funded by the Bill and Melinda Gates Foundation.