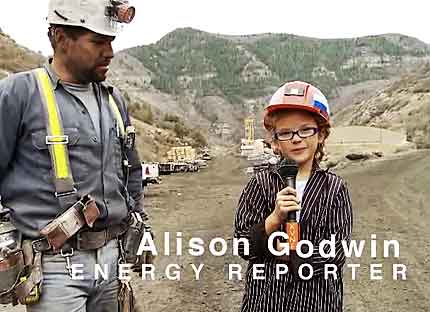 The winning proposals include several crowdsourced reporting projects, an interactive website on the North Dakota oil boom that is both personalized and data-driven, and an alternate-reality game for high-school seniors. The 10 grantees were selected from an applicant pool that narrowed from 61 stations to 27 in December.

Association of Independents in Radio is spearheading Localore with funding from CPB, the National Endowment for the Arts and two foundations. Each of the 10 finalists will receive a $100,000 grant to produce their project with a partner pubcasting station, dubbed an “incubator.” Stations committed in-kind and cash support.

A core objective for Localore media, as AIR Executive Director Sue Schardt says, is to “go outside” the station’s traditional audience and core broadcast service, using digital media to innovate new concepts for community service. The competition adds station partners to the mix of its 2009 incubating project, Makers Quest 2.0.

The North Dakota project, Black Gold Boom, will be produced by Todd Melby with Prairie Public Broadcasting. Melby won’t be stationed in the station in Fargo, however. He’ll embed himself in oil patches and “mancamps” around the state, producing multimedia portraits of the workers who left their families for their jobs. Melby will supplement the human stories with data-driven reports and mapping of oil-well production.

Localore producers also will work at Colorado’s KVNF, a community radio station in a small town where coal miners, farmers and hippies coexist, and WYSO in Yellow Springs, Ohio, which broadcasts to its counterculture-infused burg Yellow Springs and to Dayton.

Most Localore projects will work with urban stations:

Anayansi Diaz-Cortes with KCRW in Santa Monica, Calif. — Sonic Trace will gather material about the ways immigrants’ ideas of self and place shift in relation to their home communities.

Julia Kumari Drapkin with KVNF in Paonia, Colo. — A “citizen science” crowdsourcing project, iSeeChange, will collect observations about shifts in the weather, including photos, quotes and art, and will showcase climate debates.

Ken Eklund with Twin Cities Public Television, St. Paul — Get Real Ed, an alternate-reality game, asks players to provide solutions to the high-school dropout problem, which is the focus of an ongoing national CPB initiative.

Delaney Hall with KUT-FM in Austin, Texas — A collaborative documentary, “Austin Music Map,” will show the front porches, backyards, sidewalks, churches and other “third places” where musicians meet informally to perform and commune.

Erica Mu with KALW-FM in San Francisco — PopUp Radio, a roving crowdsourced storytelling project, aims to build connections among disparate communities of the San Francisco Bay Area, by gathering stories in everyday places and producing a series of playful events and broadcasts.

Julia Reichert with WYSO-FM in Yellow Springs, Ohio — Documentary-maker Reichert and her partner Steven Bognar (A Lion in the House) will produce a participatory documentary about how residents of Dayton, Ohio — one of America’s “fastest dying cities”—are reinventing themselves in a new and unstable economy.

Nikki Silva and Davia Nelson (the Kitchen Sisters) with KQED in San Francisco — “The Making of . . .” will explore the universality of craft across the divides of culture, ethnicity, and economics with help from contributors in the worlds of interactive media, the Berkeley School of Information, transmedia documentarians and young ethnic producers.

Val Wang with WGBH in Boston — Planet Takeout, a participatory, multiplatform documentary project, will highlight the role of Chinese restaurants as a vital hyperlocal crossroads between cultures.

To help build on the media innovations that were sparked by its earlier Makers Quest initiative, AIR has tapped the producers and technologists behind Zeega, an open-source software platform for participatory multimedia projects that received a 2011 Knight News Challenge grant. Zeega Editor-in-Chief Kara Oehler co-produced one of MQ2’s best known projects, the collaborative online documentary project “Mapping Main Street,” which was developed using software that inspired the creation of Zeega.

The Zeega team, headquartered at Harvard’s metaLab, will work with selected Localore projects not yet announced.

With its Feb. 1 announcement of the Localore grantees, AIR concludes a six-month process of soliciting proposals while simultaneously matchmaking between indies and public stations.

For stations, the courtship began online. Sixty-one stations, 80 percent in radio,  pitched themselves with short videos highlighting their talent, production facilities and communities and uploaded them to the Localore Station Runway. To attract producing talent, they waved preliminary budget commitments totaling $1.8 million — equal to AIR’s project budget. Indie producers — and anyone surfing the Web — could peruse the array of prospective incubators.

The independent producers who applied included many who are relatively new to public media. Nearly a third of producer-applicants had worked in the field less than five years, and more than half were younger than 40.

Among the winning producers, two-thirds had established relationships with the stations before applying for the grants, Schardt said. The Localore team matched indies with stations for the remaining projects. Four producers will relocate to work with their partner stations.

CPB granted $1.25 million to the Localore project in September; major support also came from the MacArthur Foundation, the National Endowment for the Arts and the Wyncote Foundation.

Localore site with with info on selection process and committee, 61 station submissions.

Noland Walker analyzes the pool of indies who applied.

On the Localore station runway, pubcasters spotlight their talent and service orientation. Some videos are slickly produced with evocative videography of wheat fields, local landmarks, or cityscapes, others are simple photoslide shows with voice-over narration. WTUL, a student-operated college station in New Orleans, tapped Dr. John to appear in its video, while KGLT in Montana taped a testimonial by author and This American Life contributor Sarah Vowell, a former dj. Iowa Public Radio shot video of the morning news call from several vantage points –talk show hosts, newsmagazine anchors and reporters – to spotlight the day-to-day collaboration of its news team.