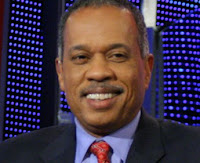 More than 45,000 persons have joined Free Press’s drive to send letters to Congress “defending public broadcasting and standing up to extremists” who want to de-fund NPR and PBS in the wake of the firing of longtime NPR commentator Juan Williams for his comments on Muslims.

The Association for Public Television Stations also issued a statement Monday (Oct. 25) countering calls to end the funding. “There is widespread understanding that public television exists to provide what the market does not,” said Interim President Lonna Thompson, “reaching underserved audiences in communities across the nation.”

And g.m.’s are weighing in on the controversy. Norm Silverstein, president of WXXI in Rochester, N.Y., wrote on its website: “Whether you agree with the firing or not, once NPR allowed Williams to take on a paid role as a commentator for Fox News, at the same time he was a news analyst for NPR, it was only a matter of time before there was an explosion.” WJCT President Michael Boylan in Jacksonville, Fla., told station viewers and listeners in a blog entry, “I want to assure you that this decision was made by the management of NPR without input on the part of local stations. In many respects I and many of my colleagues throughout the system share the frustration as expressed by both regular and occasional listeners and have communicated such to NPR, specifically as to how the matter was handled.”