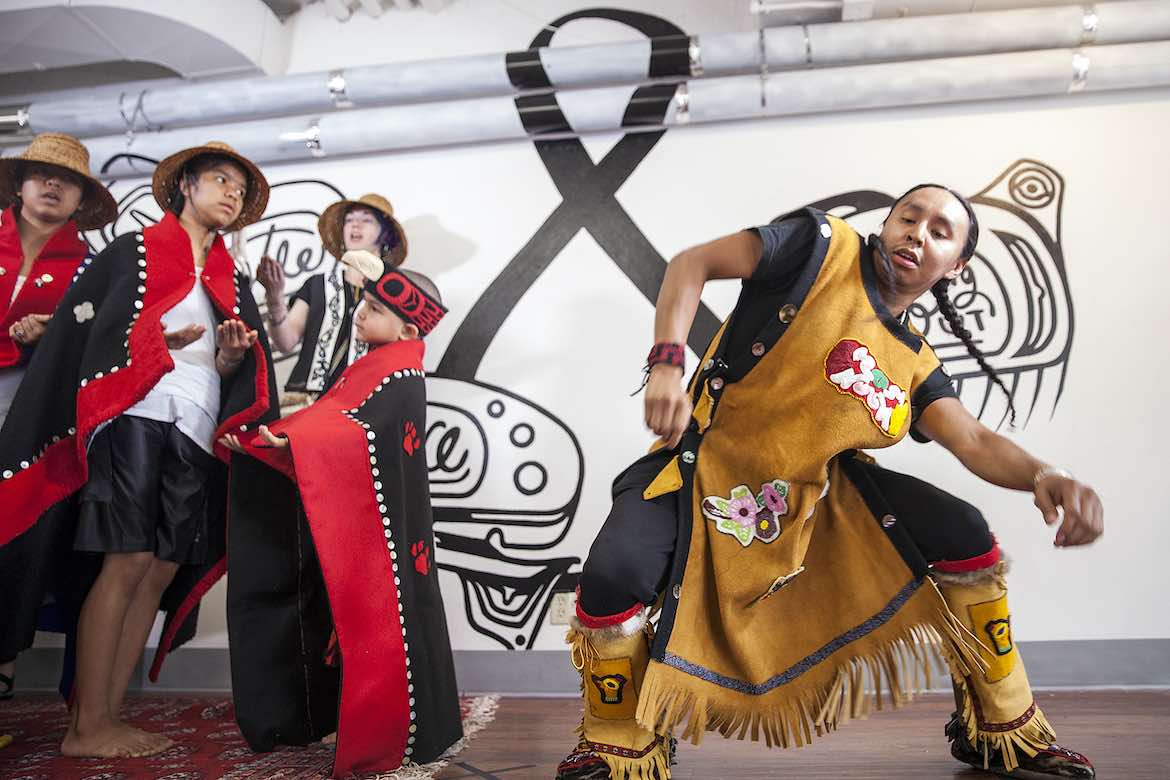 In Tlingit, the phrase “Wooch een yéi jidané” means “cooperation, working together.” For several years, KTOO has worked with the Tlingit, Haida, and Tsimshian people of Southeast Alaska to deepen our understanding and thoughtfully reflect the values and traditions of the cultures in our programming.

In 2017, we produced the documentary called “Lineage: Tlingit Art Across Generations” with Ishmael Hope, a Tlingit poet and storyteller.

In 2018 we partnered on an NEA Grant to create a statewide television broadcast of “Aan Yátx’u Sáani: Noble People of the Land.” This interview-based theater performance featured community members sharing their connections to, and memories of the Juneau Indian Village, weaving together personal stories with little-known histories.

Our statewide public affairs channel provided a live broadcast of Sealaska Heritage Institute’s three-day Native language summit for the remaining living fluent speakers of Tlingit, Haida, and Tsimshian. We provided simultaneous channels in both the Native languages and the English language translation.

We air major Alaska Native organization events live on the 360 North channel and partnered with First Alaskans Institute to air coverage of a social justice summit called “Social Justice Doers: Partners for the Next 10,000 Years.” We also air live coverage of the annual Alaska Federation of Natives conference and multi-day cultural festivals, including Quyana Alaska from Anchorage, the Cama-I Dance Festival from Bethel and Kivqig 2019 from Utqiagvik.

On the music front, we partnered with one of the Native cultural organizations in town to bring contemporary Native groups to Juneau, including A Tribe Called Red with Juneau’s Woosh.ji.een Dance Group. We also produced a YouTube and Facebook series called “The Celebration Sessions,” featuring contemporary Alaska Native music performances.

We also plan to host an Alaska Native youth voice workshop with Sovereign Bill, the voice of Molly of Denali, and Princess Johnson, the show’s Alaska producer.

As guests on traditional Tlingit land, we are learning how to build lasting relationships and trust, and to respect and understand the culture of Southeast Alaska’s original people.