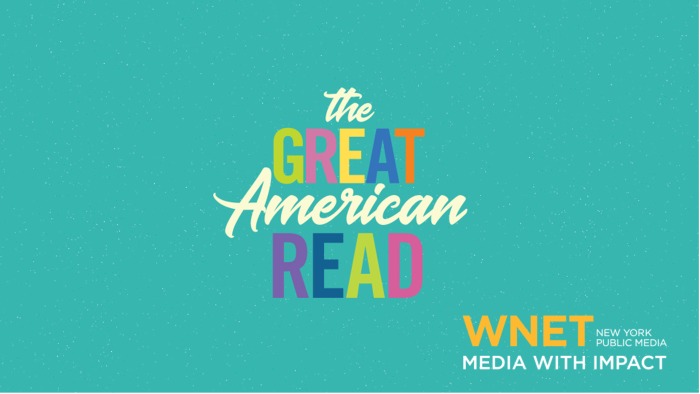 WNET recieved a modest grant from PBS to conduct in-person screening events at our studios, however all other activities were conducted with no additional budget.  We refer to this as our “stone soup approach,” where each department contributes what they can to maximize impact with minimal resources.

Partnerships:  At the outset of the project WNET invited local public libraries, book festivals and independent booksellers to a set of convenings in our board room to introduce them to the show, ask them how they envisioned being involved, and what WNET could do support them.  As a result of these meetings, WNET developed a partner section on our local THE GREAT AMERICAN READ web page where we could promote partners and their community events.  We also created a Dropbox where we shared digital assets (logos, social media graphics, templates, etc.) and created an e-newsletter to showcase partner success and let them know when new resources become available.

Broadcast: WNET is using THE GREAT AMERICAN READ to create and revisit compelling broadcast programming on literature.  In conjunction with the series, WNET’s AMERICAN MASTERS worked with PBS to schedule a fall rebroadcast of two films featuring Harper Lee and Margaret Mitchell, both authors appearing on the America’s 100 Favorite Novels list.  Our local news magazine METROFOCUS has committed to doing two segments on THE GREAT AMERICAN READ per month until the series finale.

Digital:  Working with our Interactive Engagement Group, WNET created a robust web page on the THIRTEEN Station Website for THE GREAT AMERICAN READ.  The site includes videos from the series, other PBS programs about literature, PBS LearningMedia resources, partner information, and an events calendar.

In-Person:  WNET’s Community Engagement department is hosting four, day-long vote-a-thons at its Tisch Lincoln Center Studios this summer and fall.  Each features two screenings of AMERICAN MASTERS films and talkbacks with their filmmakers.  During the vote-a-thons, passersby are welcome to tour the studios, take their picture with their favorite book at The Great American Read step-and-repeat, and receive a free beach towel, umbrella, mug, or other TGAR premium after posting their photo to social media using the #GreatReadPBS hashtag.

Marketing & Promotion: WNET’s Promotions department has filmed 29 interstitials and promos encouraging viewers to participate in THE GREAT AMERICAN READ, including an intro to our local initiative starring our President and CEO, Neal Shapiro, at local libraries and bookstores.