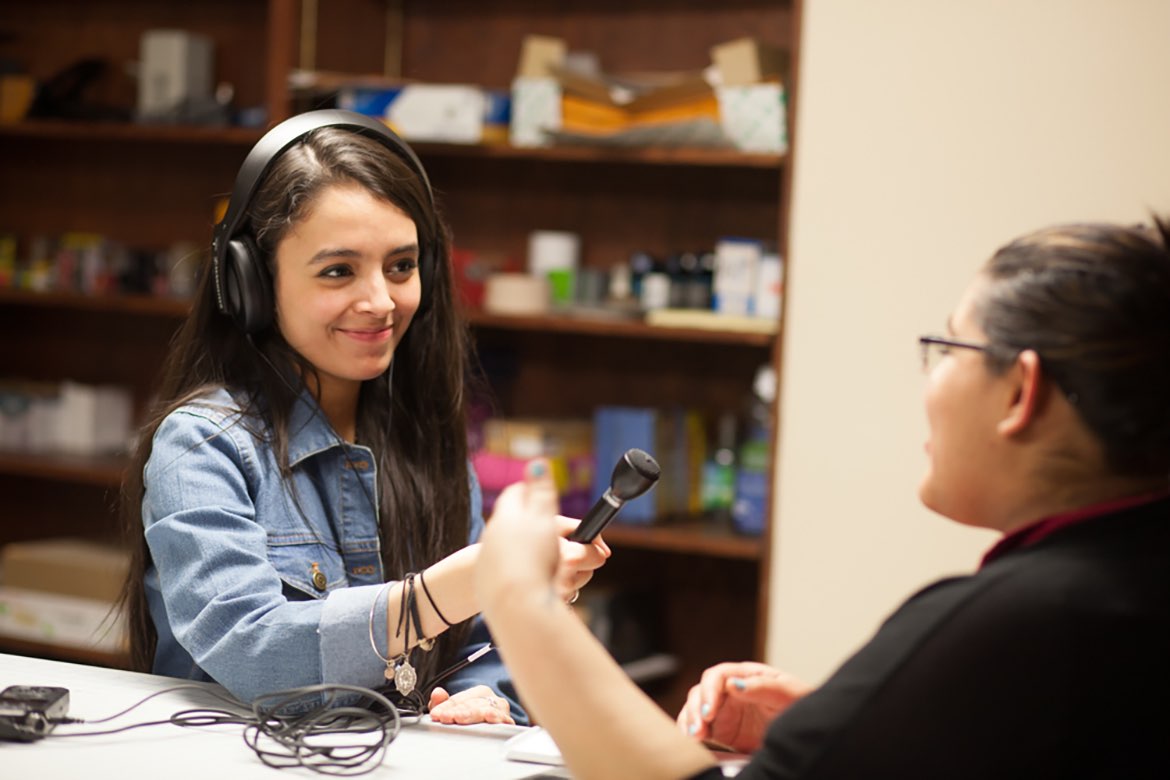 NEPR Media Lab is a youth initiative powered by the art of storytelling. Launched in February 2016 out of New England Public Radio’s downtown Springfield station headquarters, the program radically deepens our ability to serve our community. At once a workforce development and educational advancement program, NEPR Media Lab educates and inspires high school youth through mentorship and media production, building skills and widening aspirations for the future.

Every aspect of the experience positions youth for further opportunities, with bolstered self-confidence and enhanced marketable skills in writing, technology, verbal expression, and critical thinking. Leaning on historical and cultural analysis, students are guided through the process of anchoring their personal and family narratives in broader histories of migration and globalization. Throughout,  mentorship by industry professionals and college students who intern with the program supports each participant as they learn what it truly takes to tell a good story.

NEPR Media Lab enrolls 40 to 50 students each year. Each session cohort typically has 6-8 students and is led by 2 NEPR staff with the support of 3 college interns, mainly students of media and journalism at area colleges. This ratio allows for extensive one-on-one coaching and mentorship, which explains the remarkable caliber of student stories produced in the program, and the life-altering impact the program can have on the lives of young people. After students graduate from Media Lab, many want to stay involved and continue in audio production. NEPR formed an Alumni group in response, which meets continuously year round, and offers extended opportunities for leadership, work and learning to young people.

The program takes a proactive rather than reactive approach to supporting youth, so that they can be engaged in building their futures prior to being negatively impacted by the lack of opportunity they grew up with. One example of the program’s capacity for life-altering impact is Loida Perez, a Springfield high school student who graduated from Media Lab’s very first cohort of session. Shortly after completing the program she contacted our Director of Programming John Voci to pitch a story she wanted to do about a Springfield artist. She had come across a street mural that sparked her curiosity and after seeking out the artist to talk to him about his life and work, she was convinced it would make a good story.

Her pitch impressed John, who led her to the station News Director so she could pitch it to him. He agreed the story was solid, and Loida then led the process of writing and producing the story as a feature piece for the station, with guidance from the Media Lab staff. She was 16 at the time. Loida, who had focused one of her audio projects during the program on her experience growing up with crushing burdens of domestic violence and poverty, had never felt confident about expressing herself before. She’s now found a powerful voice and an articulate mind within herself, and an ability to act on creative initiative that will no doubt take her far. She will begin as a freshman at Holyoke Community College in the fall of 2017.