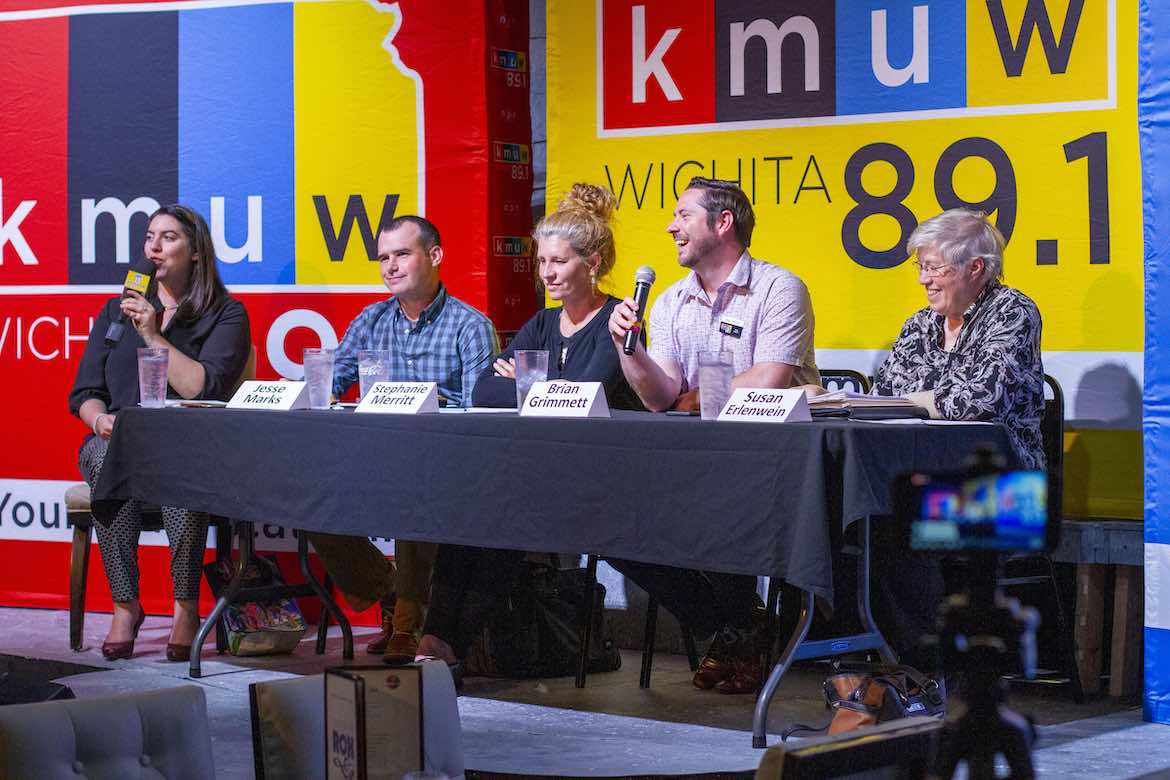 KMUW’s Engage ICT began in 2016 as a means of encouraging civic engagement in Wichita through education on some of the issues that voters would find on the ballots during election season. Since then, it has transformed into a regular monthly event that highlights some of the many hot topics on community members’ minds, not exclusively issues related to politics and voting. It emerged as a response to a shortage of civic engagement and active dialogue in Wichita.

Initially funded by a Knight Foundation Grant, Engage ICT featured a panel of four local experts on healthcare and was moderated by KMUW’s director of community engagement. After about an hour of discussion amongst the panel, the moderator allowed audience members to ask their own questions on mic. It was essential for these conversations to remain non-partisan, so audience questions were screened in advance by the moderator.

Since 2016, Engage ICT has evolved into a series with a loyal following that draws usual crowds of 60-100 attendees. Throughout the past three years, the team has implemented changes including a regular venue, free appetizers for attendees, use of technology including video and audio clips, as well as pre-interviewing candidates to ensure an engaging and educational conversation. Each Engage ICT discussion is streamed via Facebook Live, giving those unable to physically attend a chance to join in on the conversation.

KMUW asks for attendee feedback both in person and through Facebook and email. The response has been overwhelmingly positive. It is not KMUW’s goal to change anyone’s opinion. Instead, KMUW aims to inform citizens, giving them a chance to form their own opinions through the resources provided.

KMUW has learned successful tactics for encouraging community conversation in a way that does not further divide listeners and attendees. Event planning skills are required to put on a polished, yet open dialogue between experts and the community, through the use of line production, pre-interviews, standing mics for audience questions, staff members to screen questions, and the inclusion of audio/visual aspects.

KMUW plans to increase the number of on-air promos for Engage ICT during the weeks prior, in order to ramp up attendance.

Read more about this project in Current.