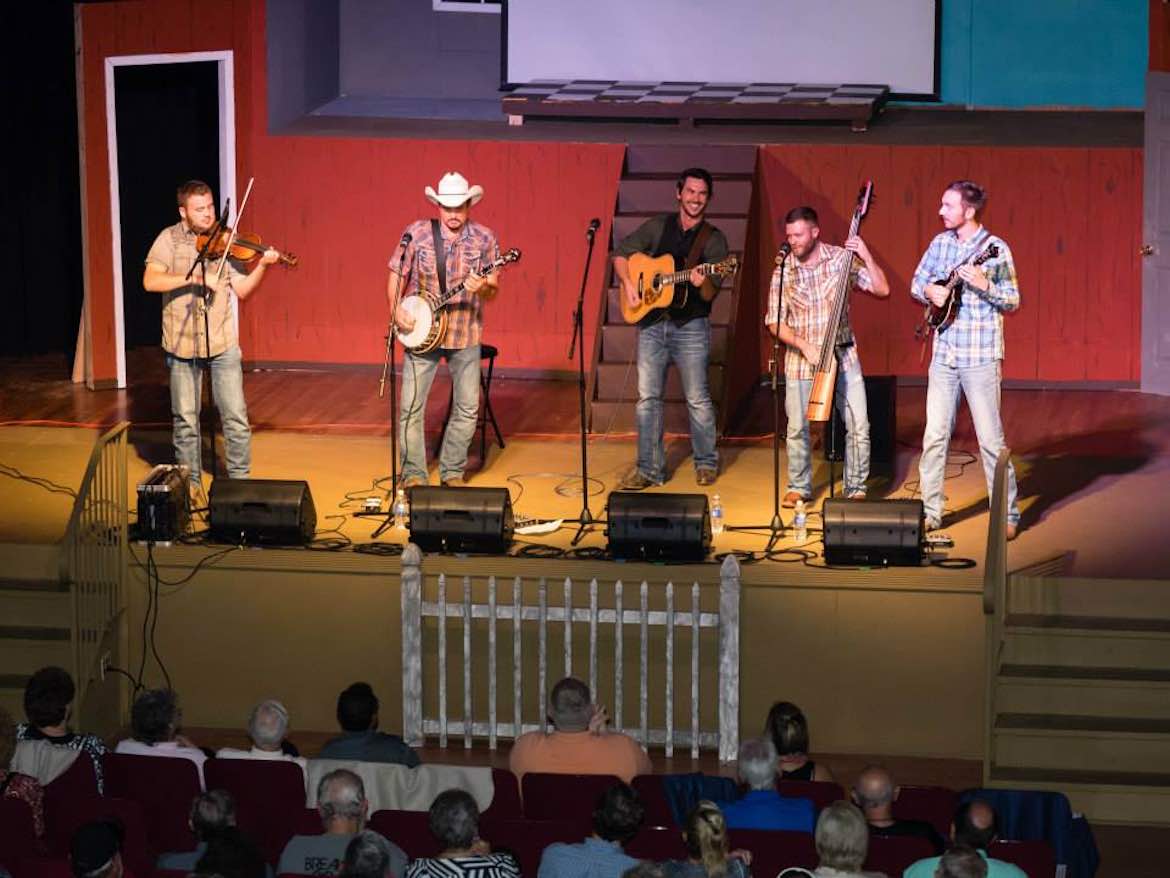 In January 1999, KASU began a series of free, monthly blues music concerts at a restaurant in downtown Jonesboro, Arkansas in an effort to promote the station. These concerts, on the first Monday night of each month, came to be known as “Blue Monday.”
Another restaurant in downtown Jonesboro, Sheffield’s, noticed the large crowds attending KASU’s Blue Monday concerts and asked KASU to do something similar there. KASU’s locally-produced, bluegrass music program, “Down Home Harmonies,” had been developing a very large, loyal and passionate audience, so it was decided to try a one-time “Bluegrass Monday” concert on the fourth Monday night in September 2002 using the success of the Blue Monday concert series as a model.
For that first Bluegrass Monday concert, the crowd in the restaurant was standing-room-only. The very enthusiastic audience saw the Bressler Brothers of South Central Missouri present an outstanding concert. From the response to that first Bluegrass Monday concert, KASU decided to present such shows on the fourth Monday night of every month.
Admission is always free. KASU feels presenting these concerts not only promotes its radio broadcasts of bluegrass music, but the concerts also help to promote the culture of the region that includes the nearby Ozark Mountains. Also by not charging admission, numerous community members who might otherwise never pay to see bluegrass music live have attended these shows.
However, at each Bluegrass Monday concert, KASU literally “passes the hat” through the audience, and all of the money collected goes directly to the musicians. KASU has a suggested contribution of $5 per person. Plus, the bands have an additional source of revenue through sales of their CDs to audience members.
All concerts are recorded for broadcast on KASU at a later date,
In early 2006, it became clear that the concert series had outgrown the space available at Sheffield’s Restaurant in downtown Jonesboro. A new, larger venue was sought, and beginning in April 2006, the concert series moved to Atkins Celebration Hall in nearby Paragould, Arkansas. This venue easily seated 600 bluegrass fans, and delicious country-style food was sold to patrons there. Plus, with the space provided at the new venue, bluegrass musicians were invited to bring their instruments to come jam from 5 PM until the concert begins at 7 PM. After moving to that venue, the audience size doubled.
However, in the summer of 2010, the owner of Atkins Celebration Hall chose to close that venue. At that time, the concert series was moved to the beautiful and historic Collins Theatre, also in downtown Paragould, Arkansas. This venue is owned by a non-profit organization, and the concert series has continued to grow after moving to this 541 seat theatre.