Explore the curated LTW database of 350+ projects. Entries from the 2020 contest will be added to this database this fall.

You Know The Place

Small businesses are major drivers of our economy and show higher rates of ownership by women and minorities than their large corporate counterparts. You Know The Place is a podcast that explores the stories and people behind these corner stores, local manufacturers, bodegas, and social clubs in our area and takes a closer look at what they bring to our communities.

Uncuffed is a podcast and radio series made by people incarcerated in California prisons. KALW producers teach them how to record and edit powerful audio stories about life on the inside.

¿Qué Pasa, Midwest? is a bilingual podcast that tells the stories of Latinx in the Midwest. Funded with support from CPB, the podcast facilitates difficult conversations and explores policy issues, such as immigration and the U.S. Census. WNIN reaches out to educational institutions to host listening parties share these stories with students. ¿Qué Pasa, Midwest?

Amplifier is a podcast that shines a light on Charlotte’s local music scene. More than 500 musicians have submitted their songs and shared their experiences. Amplifier launched with 20 episodes in 20 days, and is now a biweekly podcast featuring award-winning jazz singers to emerging pop acts, DIY venue owners to established record producers and beyond. Amplifier was named Charlotte Magazine’s “Best Podcast”, and received a Webby Award for innovation in music/arts podcasting.

Another Round is a community engagement series that allows Boise Public Radio to get outside of the metro region and into areas of southern and central Idaho and eastern Oregon. Three out of four quarterly events take place outside of Boise. In each, the station learns about topics listeners would like to hear covered more on air. Boise Public Radio partners with a local brewery/restaurant/coffee shop and charge $5. Participants get a stainless steel NPR/BSPR logo’s tumbler with a ticket redeemable for one free beer.

On the fourth Monday night of each month, KASU presents “Bluegrass Monday,” a concert series in its 17th year, bringing professional bluegrass musicians to Paragould, Arkansas, for affordable, family-friendly concerts. Admission is always free. KASU feels presenting these concerts not only promotes its radio broadcasts of bluegrass music, but the concerts also help to promote the culture of the region that includes the nearby Ozark Mountains. All concerts are recorded for broadcast on KASU at a later date.

Since 1986, KASU volunteer and local folklorist Dr. Bill Clements has written and hosted programs of regional and international interest. The first collaboration, “Tradition,” is a weekly 30-minute program that teaches listeners about the wide diversity of American traditional music. “ Bill’s two-minute “Calendar Lore,” started in 1990, highlights world cultures by focusing on different areas of folklore such as rituals and beliefs, food culture, and history that are tied to a specific date.

You Know The Place 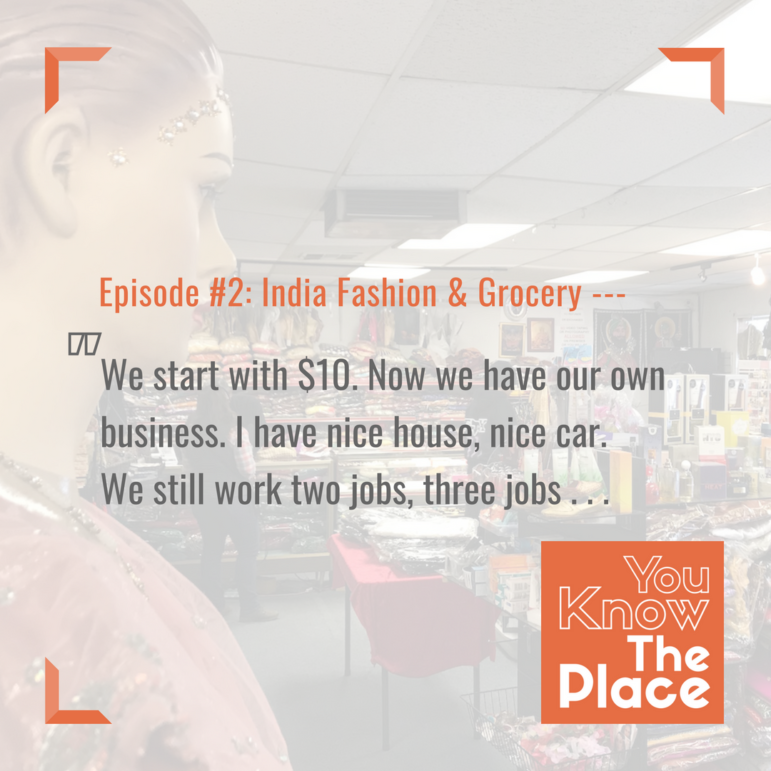 All of us pass by hundreds of small, local businesses on our daily commutes that we’ve never stopped at, shopped in, or even taken notice of. Overall, places like these employ 47 percent of workers and account for over 99 percent of businesses in this country. Main Street not only drives wide swaths of our economy but enjoys higher rates of ownership by women and minorities than their Wall Street counterparts. This led us to ask, who comprises their main customer base? How long have they been in business? How do they compete with big box stores, chains, and online services and retailers? What do they sell, offer, or make?

You Know The Place (YKTP), a podcast hosted by two local writers launched in March 2018 in order to answer those questions. The episodes feature a mix of both in-studio and field audio. Over the course of the five seasons produced as of 2020, YKTP has taken listeners to a diverse array of locations, including an Indian bodega, a naturist retreat on reclaimed mining land, a nonprofit acupuncture co-op, and a social club for gay men.

Many of the people and places we have featured have been historically underrepresented in public media, particularly in a largely rural state like Idaho. Additionally, our show puts the spotlight on local and small businesses at a time when brick-and-mortar storefronts are struggling to compete against Amazon, Walmart and other chains and online offerings. These challenges are compounded by the rising cost of prime real estate, health care, and other overhead expenses facing small businesses.

The show hinges entirely on community engagement. We encourage listeners to ask questions and they suggest the majority of the locations we visit. Our goal is to repay them by making them part of the experience. We’ve had a local food writer join us on a trip to a chicken shop, for example.

We’ve come to realize that YKTP is not only a catalyst for exploration and discovery, but a snapshot of a place and a time. The landscape of a city is always changing. New businesses have set up shop and been added to our list, while others we’ve visited have since closed.

Organizationally, this project has demonstrated to station leadership what can be accomplished if staff are allowed the time and space to experiment. It also stands as proof of concept that podcasts create important content that engages an audience (e.g. younger, diversified, digital natives, etc.) we may not otherwise be reaching with our broadcast programs.

While we haven't secured any foundation or grant support, we have generated some consistent, albeit minor, income via corporate sponsorships. For the last three seasons, we’ve had four sponsors interested in reaching an audience like ours: hyper-local, with a proven interest in small and local businesses.