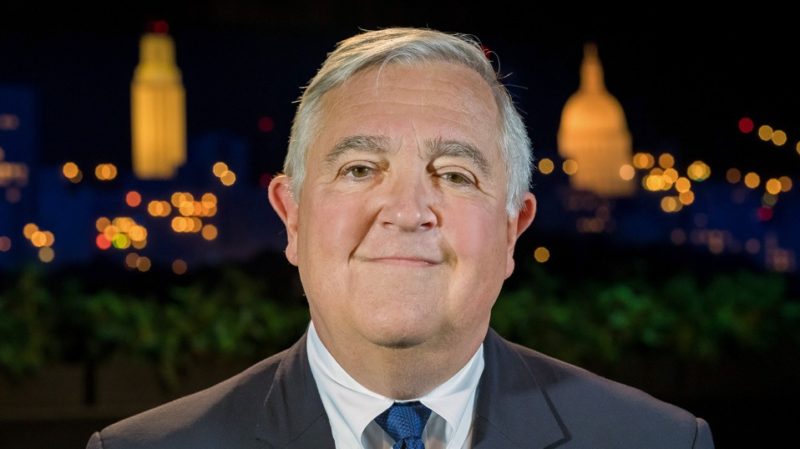 Bill Stotesbery is retiring as CEO and GM of Austin PBS in Texas.

Stotesbery has led the station since 2004.

“Bill’s leadership and commitment to public television over the past 17 years has strengthened and transformed Austin PBS to better serve the needs of our rapidly changing and growing community,” said Board Chair Laura Beckworth in a news release. “Under his guidance, the station has expanded programming and local production, increased community outreach and significantly grown philanthropic support.”

Beckworth also credited Stotesbery with expanding Austin City Limits. “Bill was a driving force behind the expansion of the Austin City Limits brand, including moving the production from Studio 6A to The Moody Theater downtown, preserving the ACL archive, and launching the ACL Hall of Fame,” she said.

“His vision for a new generation of public media, with a new home for Austin PBS and a growing partnership with Austin Community College, will be an important and lasting part of Bill’s legacy to the station and the Central Texas community,” Beckworth said.

“When I think of Bill, I think of Austin, and I think of the stories he’s helped bring to life that inform, entertain, and inspire,” said Richard Rhodes, chancellor of Austin Community College District. “We all benefit from watching his vision come to life. I hope we can carry his legacy forward to make him proud.”

“All that has been accomplished by the station, including being one of the most highly viewed and highly regarded stations in the PBS system, is only possible because of the staff and Board who dedicate their lives to this work and the supporters who make it possible to fulfill the organization’s mission,” Stotesbery said.