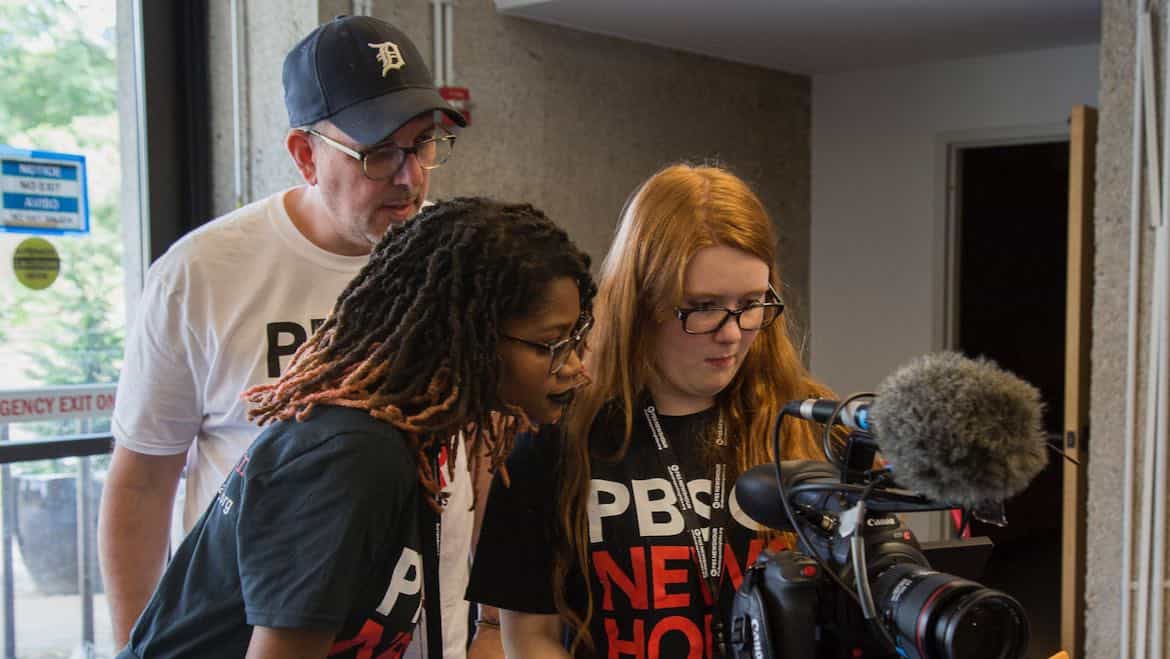 A report from the Joan Ganz Cooney Center at Sesame Workshop released in May made plain what had already been clear to some for years: Public media isn’t on the radar of many tweens and teens.

Researchers for the CPB-backed study arrived at their findings with the help of 50 interviews with participants from 10- to 17- years old. Some of the interviewees’ comments are a gut punch: “I don’t feel like I’m ever gonna really get back into watching TV, but I do know a lot of people aren’t gonna watch PBS anymore, ‘cause it’s mostly Curious George and stuff like that,” said a 14-year-old from Bossier City, La. “[It’s] little kid shows.”

A 14-year-old from New York City said, “I’ve grown out of the side that caters to kids and moved on to stuff that suits older audiences like documentaries and reality shows. I do occasionally happen to stumble by kid shows from PBS, but that’s basically it.”

Some participants said they’re fans of PBS’ children’s programming and nonfiction shows such as cooking programs, but interviewees also “hesitated or expressed confusion” when asked what public media meant to them, according to the report.

“Overall, our interviews suggest that there is a significant gap in youth understanding of the value of public media as something distinct from commercial media,” researchers wrote in the report’s conclusion. “Those with prior public media exposure generally have positive associations with shows and characters from their early childhood, but most dropped off as viewers in elementary school and do not currently see their interests reflected in the offerings of their local stations.”

Titled “The Missing Middle: Reimagining a Future for Tweens, Teens, and Public Media,” the study was commissioned by CPB “because we recognized that public media needs to better understand teens and tweens and how they interact with media to better serve this audience,” said Deb Sanchez, SVP of education and children’s content operations, in a statement.

If heeded, the study could motivate public media to produce more programs with teens and tweens in mind, said Monica Bulger, a senior fellow at the Cooney Center and co-author of the “Missing Middle” report. Public media can leverage its strengths by increasing its brand awareness among teens and tweens, Bulger said, which may be necessary for its long-term viability.

“Expecting people who are engaged as children to become engaged as an adult might be missing this important developmental phase where they could really be engaging with trusted quality content throughout their adolescence,” Bulger said. “We risk, if we don’t engage them now, the teens and tweens of today might not as adults of tomorrow value public media or understand its value.”

“Missing Middle” named a handful of public broadcasting initiatives that are leading the charge in improving youth media efforts, including the WNET Group’s Youth Collective, an advisory board of high-school and early college students who help suggest programming that could engage teens. A Kentucky Educational Television program, News Quiz, is a weekly current-events program aimed at students.

Such examples demonstrate what is possible but “are still the exception rather than the rule,” the report said.

PBS declined to comment on the report, but in an interview with Cheddar in May, PBS Chief Programming Executive Sylvia Bugg said that PBS Digital Studios’ content can increase engagement with younger, diverse audiences. PBSDS channels and programs geared toward such audiences include It’s Lit, a literature show; Sound Field, which covers music; Monstrum, which focuses on myths and legends; and Voices, a channel that relaunched last year with a docuseries on the LGBTQ community and has continued to produce short documentaries.

Others in pubmedia are also using YouTube to reach younger audiences. Above the Noise, a series for teens produced by KQED in San Francisco, has discussed topics including unpaid internships, meat consumption, wildfires and voting. TPT in St. Paul, Minn., produced America From Scratch, a show about politics that is now on hiatus.

Public media also has the opportunity to create more content for teens and tweens with their involvement. “Youth are looking for other youth to connect with in these spaces,” Bulger said. “They want authentic representation. They don’t necessarily want programming for them — they want programming by them and with them.”

Participants in the “Missing Middle” study reinforced that finding. They generally said they wanted more programming produced by people in their age group, Bulger said, but added that there is still a need for educational content led by adult professionals.

A 17-year-old from New York City said she finds a real estate specialist’s TikTok videos inspiring because she also wants to become a businesswoman. Other participants said they learn arts skills from social media and YouTube. An 11-year-old from Bossier City, La., said she looks for trusted sources that can teach her life skills like “how to survive middle school.”

Anecdotal evidence suggests that how-to videos are a good place to start if public media wants to reach teens and tweens, Bulger said, because they leverage the system’s mission and expertise with education. “Youth are overserved on content and underserved in quality right now,” she said.

‘Creating a home for kids’

Ellen Doherty, CCO for Fred Rogers Productions, said the study’s findings confirm what she’s suspected for years and will influence the development of future programs, including for the 10- to 17-year-old age group.

“We have a small number of projects that are in development,” Doherty said, “but we’re looking at new platforms, not just traditional linear content.” She said future projects could be geared towards 8- to 11-year-olds, who have likely aged out of some PBS Kids programs.

Public media has set a precedent for distributing audio and video programs that have influenced tween and teenage media, Doherty said, citing Degrassi High and Bill Nye the Science Guy. It might take a coordinated effort among producers, programmers and PBS on a national level to distribute programs that can reach people on a variety of platforms, she said.

“I would look at putting content through that PBS syndication model but also having it live on YouTube and social media platforms,” Doherty said. “… Maybe a YouTube partnership will be a way to do this. There’s an opportunity, certainly — it’s just about creating a home for kids so they know where to go and have a destination to click to.”

The “Missing Middle” study also pointed to PBS NewsHour’s Student Reporting Labs as an example to be followed systemwide. Founded in 2009, SRL has partnered with public media stations and middle and high schools to help students produce local reporting, video projects and podcasts.

Some of the students’ work has been featured on NewsHour. One example is a March 14 segment about the perils of video conferencing, commonly called “Zoom fatigue.” John Barnes, a student at the H-B Woodlawn Secondary Program in Arlington, Va., co-led the segment with teacher Kathleen Akerley and SRL youth media producer Eli Kintisch.

Leah Clapman, founder of Student Reporting Labs, said that she has confirmed through focus groups that students have difficulty connecting with most news broadcasts. She learned through students that while leveraging new and emerging platforms like TikTok is important, it does not replace building an authentic connection with younger audiences.

Clapman also said it’s difficult to get some station leaders to engage with SRL. “We do work with stations, but in so many cases it’s a challenge to sell Student Reporting Labs to the leadership and get the buy-in that we need to do the work in a newsroom,” she said, adding that stations who do work with SRL discover that it’s rewarding to work with teens and tweens.

“It’s that cliché: You need to evolve or die,” Cusick said. “The audience is changing, the world is always changing, so how are you going to make sure that you’re still relevant to people in your community in the years and decades to come?”