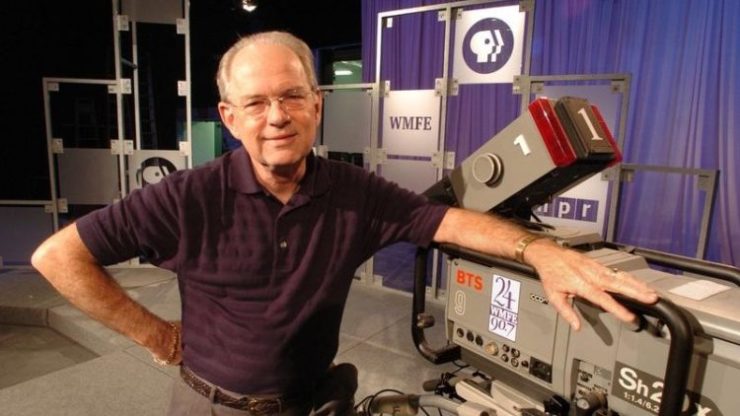 Stephen McKenney Steck, a former president and CEO of WMFE in Orlando, Fla., died Saturday morning at Oviedo Medical Center after being hit by a car while riding his bicycle near the University of Central Florida campus. He was 77.

“Steve Steck set the stage for a robust public media service in Central Florida,” said WMFE CEO Erika Pulley-Hayes in a statement. “The news of his passing was a shocking surprise to all of us at WMFE and the staff and I extend our sincere condolences to his family.”

Steck worked at WMFE from 1967–2008, first as production manager and operations manager before becoming president and CEO in 1972. In addition to overseeing the television station, Steck launched WMFE-FM in 1980.

Under his leadership, WMFE’s budget grew from $250,000 to more than $9 million, according to Steck’s family. He also helped oversee the opening of a new station facility in the early 1980s and led additional renovations.

“He lived a life of serving the community through his dedication to public media,” said Jennifer Cook, senior director of content and engagement for WUCF in Orlando, who worked with Steck as a WMFE broadcast fundraising manager in 2000–01. “Stephen was a delightful man to work for [and] demanded excellence from his teams. He leaves quite a legacy behind.”

Steck was “extremely organized,” “detail-oriented,” and a gifted fundraiser and programmer, said Peter Dominowski, who worked with Steck as WMFE-FM’s director of programming from 1980–89 and VP of development for radio and television in 1991–92.

“We accomplished a lot with very few resources,” Dominowski said. “He was a very tenacious, determined person. … No obstacle was too large, personal or professional, for him to overcome. He succeeded in almost all of those circumstances.”

Dan Hodlick, who worked at WMFE-TV from 1993–2001 as a studio supervisor and on-air fundraising manager, said it’s not an understatement to say he’s forever in Steck’s debt. Hodlick didn’t have many work opportunities at the time and lacked television experience, so he was grateful to get his first full-time job with WMFE.

“He was very much a proponent of tough love. If he really liked you, or if he believed in you, he was going to be hard on you, because he wanted you to succeed,” Hodlick said, adding that Steck’s influence and mentorship “was the reason I got the public broadcasting bug.”

José A. Fajardo, who succeeded Steck as WMFE’s president, said he learned important leadership skills from his predecessor. Through a series of promotions, Steck prepared Fajardo to lead WMFE.

“These were huge shoes to fill,” said Fajardo, now GM of Hawaii Public Radio. But “he made sure that I succeeded,” he said.

Fajardo, who has been diagnosed with Lou Gehrig’s disease, said Steck’s process of grooming future leaders will be passed on. “I recognize that my time is going to be short here,” Fajardo said. “Maybe two years, could be five years. So I’m already in the process of making sure that when I need to step down, that it’s a smooth transition. The transition model I will be using is one that I learned from Steve.”

Before joining WMFE, Steck was senior producer and director for Orlando’s ABC affiliate, WFTV. After retiring, he founded the Carroll McKenney Foundation for Public Media, which produces and distributes local programs in Florida.

Fajardo said he was not surprised that Steck never really retired from public broadcasting, adding that his former boss loved his work but also did his best to manage his professional and family lives.

Steck was born Nov. 23, 1943, in Orlando, according to a family obituary shared with Current. Steck, who ran marathons in all 50 states, was an avid cyclist. In 1957, at age 14, he was Florida’s runner-up amateur cycling road race champion. In 2015, Steck completed a ride across the U.S., starting in St. Augustine, Fla., and pedaling to San Diego. In 2019, he completed a north-south route, starting in Bar Harbor, Maine, and finishing by dipping his bike tire in the ocean at Key West.

Steck also prided himself on “The Streak.” Starting in January 2014, he rode his bicycle every day for at least 30 minutes, racking up 40,430 miles over 2,305 consecutive days. The family retrieved data about his cycling streak from an app Steck used to meticulously archive his progress.

“My father was very detailed. I think that he had a list of what he did and needed to do for absolutely everything,” said Steck’s daughter, Catherine Steck McManus. Steck McManus also worked for WMFE from 1999–2011, first as major giving manager and later SVP and chief philanthropy officer. She is now CEO of Habitat for Humanity Greater Orlando & Osceola County.

“He loved biking as you know from his posts so he was taken from this life while [pedaling] along with a smile,” said Steck’s wife of 31 years, Desta Horner, in a Facebook post. “I am still in shock. He was my dear partner and I loved him deeply. Steve was a devoted Christian so please say a prayer for him.”

Steck was a member of First Presbyterian Church of Orlando. He grew up nearby and played basketball as a child in the church’s courtyard with the minister.

In a separate Facebook post, Steck’s daughter said the family is planning their father’s memorial. “Please take a moment and remember fondly my amazing Daddy,” she wrote.

Steck is survived by his wife, two daughters, a son, five grandchildren, his brother and extended family.

Memorial donations and gifts may be made in Steck’s name to Habitat for Humanity Greater Orlando & Osceola County.