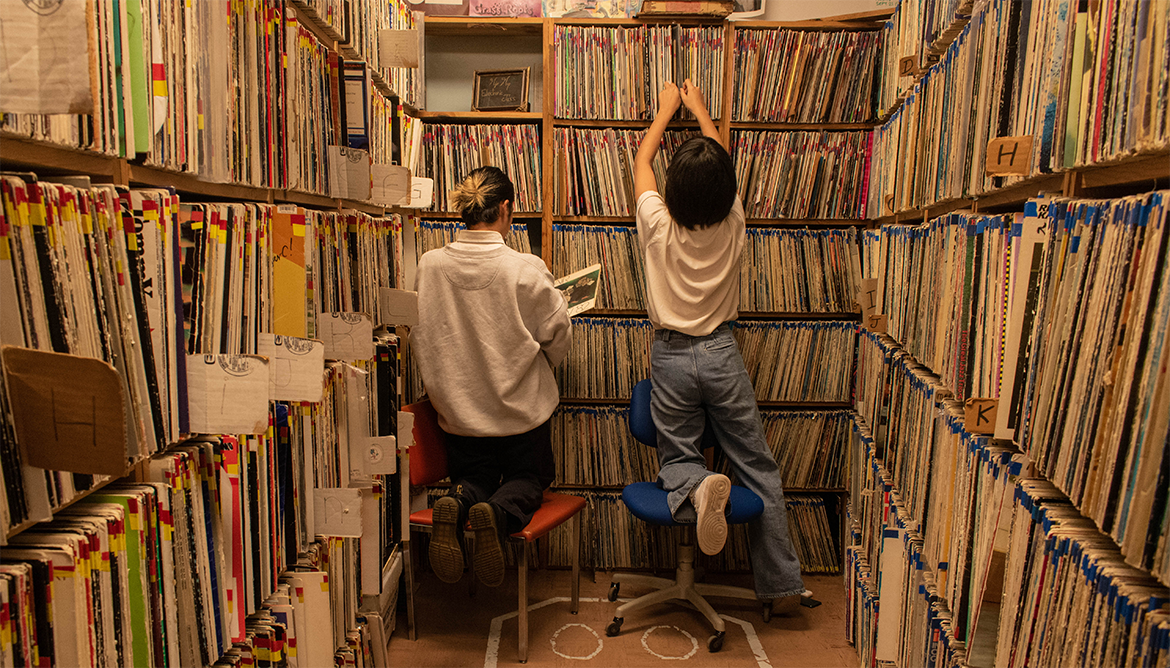 The administration of the University of California, Davis is facing backlash after deciding to move its freeform radio station KDVS to a space that is roughly a third of the size of its current headquarters.

After the downsizing announcement was made in early April, KDVS alumni and the local community quickly formed the organization Save KDVS in an effort to preserve the station’s current operations.

The plan would require KDVS to give up a live performance room, second production room and record-listening rooms, according to GM Noel Fernandez. Other areas will be condensed to fit in the space, including the music library and staff office. The move is scheduled for the upcoming school year.

Save KDVS members argue that reducing the station’s facilities will stifle its operations and its ability to educate students about the radio business. A petition created by the group has amassed over 2,000 signatures.

“Outlets like KDVS are the last beacons of localism in an era of uncertainty and consolidated media,” the Save KDVS website states. “KDVS is not just a ‘public’ or ‘college’ station — it is a product of the community, successfully run by students and the community. It is a tremendous value in the community service it produces and people it reaches given its low operating budget funded by listener donations, business underwriting, and UC Davis students.”

John Nelson, a former GM of KDVS who went on to pursue a career in media broadcasting, said that he is particularly concerned about the administration’s plans for the station’s music library. UC Davis has proposed storing the collection in a shelving system that would save floor space but make albums more difficult to browse. Nelson and Save KDVS said that this solution negates the idea of a freeform radio station by reducing the selection of music readily available.

Nelson worries that if DJs aren’t able to browse the collection as he once did and discover new music organically, shows will become more homogenous and the educational value of KDVS will be lost.

“I tell people now that I majored in KDVS when I was at Davis, because I feel like I learned more things from working in the educational lab that KDVS is than in a lot of my classes I took,” Nelson said.

KDVS signed on in 1964 from a dormitory laundry room where DJs aired records borrowed from other students. The station has since become a cultural centerpiece for the university and surrounding community, boasting a music library of over 60,000 albums and DJs broadcasting original shows around the clock. With a signal of 13,000 watts, KDVS is among the country’s most powerful university-based freeform stations.

The station has spent over half a century nestled in the 3,000–square-foot basement of Freeborn Hall, a large event space whose upper floor was closed in 2014 after it was deemed seismically unsafe. Though KDVS continued operations in the earthquake-safe basement, the Davis administration opted to demolish Freeborn entirely rather than seismically retrofit the event hall.

Last summer, a committee of KDVS alumni organized by the administration to consult on the relocation determined that the station couldn’t continue normal operations in a smaller space. The group decided that eliminating features such as the open-access music library, live recording room and listening rooms would diminish the quality of the station’s programming, said Justin Kable, a civil engineer and former GM of KDVS who participated in the work group.

Kable said that after the work group disbanded, he didn’t hear anything from the university until it announced that despite the group’s conclusion, KDVS would be moved into a space only a third of the size.

For Kable and others, the decision and lack of communication was frustrating.

“I want to see KDVS get a fair deal, and I want to see them get equivalent space,” Kable said. “And I most of all want to see the university reopen discussions and actually take it seriously. I’m not convinced that the working group was serious. I’m thinking it was more just an exercise so they can say they did it.”

Kable and over 30 former general managers recently expressed their concerns with the plan in a statement to the university.

“This plan will be extremely harmful to the function of the radio station, its historic and ongoing mission, and the wider community KDVS serves,” the statement read. “We urge the University to abandon its disastrous plan … and work further in good faith with the expert KDVS relocation group that it originally convened to find a better solution. Please reconsider.”

Members of Save KDVS are advocating that the UC Davis administration either identify a one-to-one replacement or allow the station to remain in the Freeborn basement even if the rest of the hall is demolished.

A UC Davis spokesperson declined to comment to Current beyond the university’s official announcement regarding the relocation.

Noel Fernandez, KDVS’ current GM and a senior at Davis, said that though he understands the concerns of the Save KDVS organization, he feels more optimistic and is focusing on the opportunities provided by the relocation.

“We really have been working tirelessly to secure the future of the station, listening to all of our constituencies and stakeholders,” Fernandez said. “As both a student-funded and community-funded radio station, we’re taking all of these various influences into account in order to make sure that this new station meets the needs of KDVS.”

Fernandez said he’s particularly excited about moving KDVS to a more central location on campus, which he hopes will increase regular foot traffic and bring more attention to the station’s presence. The relocation will allow for technical upgrades and bring the station into compliance with Americans with Disabilities Act access guidelines, he said.