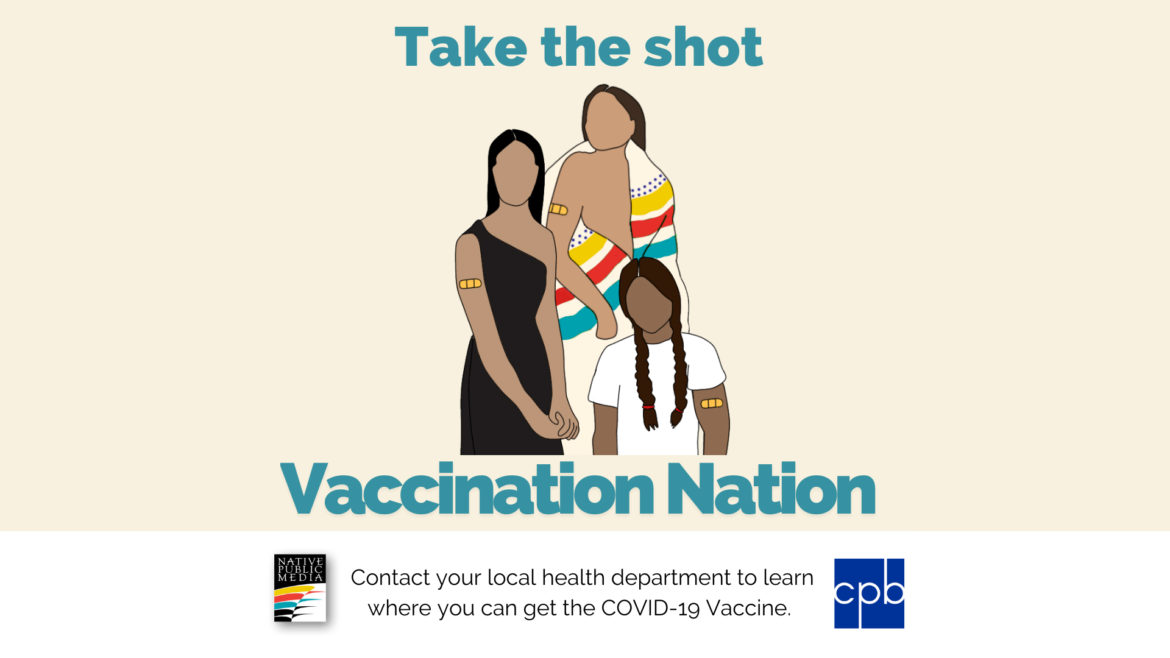 CPB has dedicated $317,430 in funding to a public information campaign focused on raising awareness within Black and Native American communities about vaccinations and other pandemic-related issues.

Grants were awarded to Native Public Media and KTSU, which will coordinate the campaign across 51 public radio stations, CPB said in a Thursday news release.

The funding comes as Black and Native people are being vaccinated at disproportionately low rates compared to their shares of the total population. CPB CEO Pat Harrison said in a press release that for these communities, which have been hit especially hard by the pandemic, local media is the best method for distributing critical information.

“By providing accurate and reliable information about COVID-19 vaccines, as well as the continuing need to wear masks and maintain social distance, these stations will reduce the spread of disinformation and advance the public health of the communities they serve,” Harrison said.

KTSU General Manager Ernest Walker said that he initially approached CPB with the idea for a campaign he called “Save a Life,” focused on providing Black communities with information about the coronavirus. That idea then expanded to informing both Black and Native people.

KTSU is licensed to Texas Southern University, an HBCU that serves a primarily Black audience in the Houston area.

In addition to radio PSAs and social media infographics and videos, Walker said, KTSU will cap off the campaign with a virtual town hall of experts and community members from each station’s city. He said he hopes that the multimedia campaign will generate a “collective conversation” in a community that needs it now more than ever.

“The overall objective is just to really save lives in our community,” Walker said. “It’s a really serious matter, and we just want to play our part in what we could do to educate our community.”

KTSU will create most of the content to be disseminated by HBCU stations, using the $150,000 in funding for creation and distribution.

In Indian Country, the coronavirus pandemic has exposed major flaws in health care and communication infrastructure, NPM CEO Loris Taylor said. She said she hopes that the informational campaign will raise the survival rate among Native American and Alaska Native communities.

“Not everyone is connected to the internet. Not everyone has a reliable phone service, and that’s true even in 2021,” Taylor said. “The most reliable form of communication that can be widely disseminated at one time is radio. … In an information-centric pandemic where people are wanting solid information, correct information, timely information, and are also keeping abreast of changing information, they listen to radio.”

Rather than pre-recording the PSAs, NPM will script them in-house and let each of the 36 tribal stations record them using the trusted voices of community leaders.

Funding received from CPB will be used for content creation and distribution, Taylor said. Each station will receive $4,000 to air the underwritten campaign, post NPM’s infographics and host guests who are knowledgeable about the vaccination process.

“Stations are using the voices of community folks … so it might be a local elder who’s voicing the information and telling them in their tribal language that it’s super important that they get vaccinated,” Taylor said. “That’s the way that we’re overcoming the trust factor, is to go back to who people trust in their local community.”

The campaign will be rolled out across all 51 stations over the next few weeks, Taylor and Walker said.