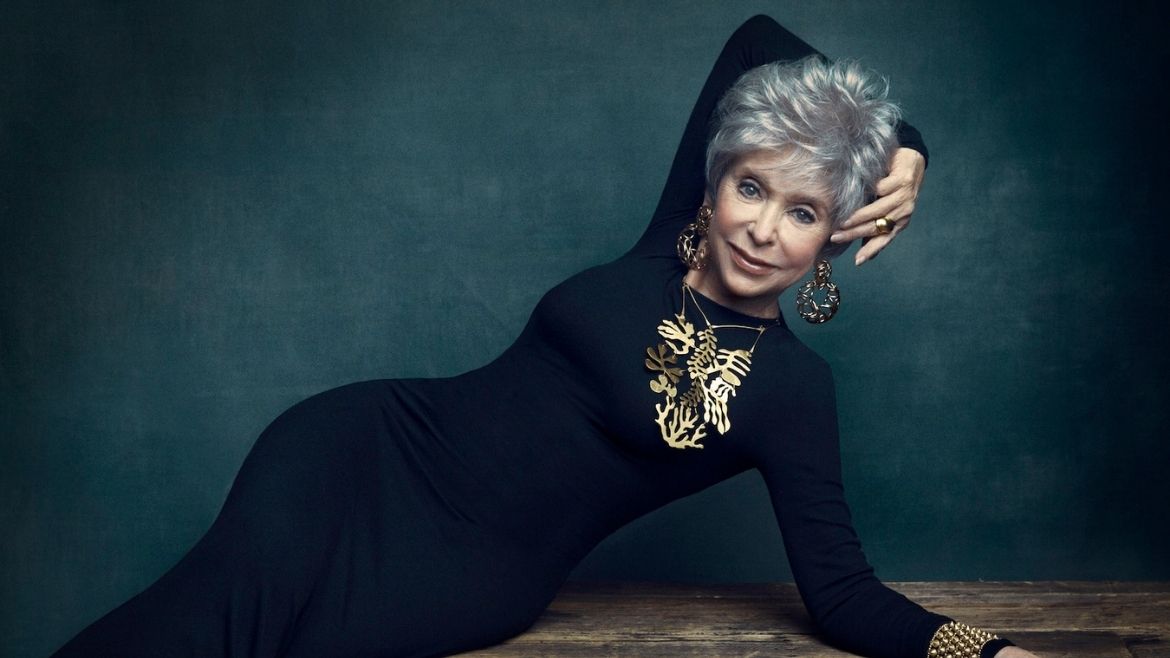 An American Masters biography debuting next fall profiles Rita Moreno, an actor whose career of 70-plus years continues as producers tell the story of her extraordinary life on stage and screen.

Moreno’s roles on One Day at a Time, the contemporary TV sitcom about a Cuban-American family, and in Steven Spielberg’s remake of West Side Story make 2021 “a perfect time to tell her story,” said Michael Kantor, series EP.

“Rita, despite all of the things that were thrown her way — the sexism and the racism and the bias and so on — she grabbed the gold ring,” Kantor said. “She gets to the highest possible level, and she does that just through hard work and tenacity and skill and never giving up.”

Moreno has won Emmy, Tony, Academy, Peabody and Grammy awards for her prowess in entertainment — a sweep of the major awards for American entertainers. She became the first Latina to win the Academy Award, in 1961, for her role as Anita in West Side Story. Her performance as Googie Gomez in the 1975 Broadway production of The Ritz earned her a Tony. As an original member of the cast of The Electric Company, the PBS sketch show for children, Moreno shared a Grammy for its soundtrack album.

Moreno was born in Puerto Rico and relocated to New York City with her mother at age 5. She studied dance and was cast in her first Broadway role at 13.

“Telling stories like that of Rita Moreno is very much in our DNA,” Kantor said.

Documentary filmmaker Mariem Pérez Riera directed the 90-minute film, Rita Moreno: Just a Girl Who Decided to Go for It. The biography explores the successes and struggles of Moreno’s career, combining interviews, archival footage, animation and contemporary sequences of her daily life as a working actor.

“The goal was to have Rita do as much of the telling as possible,” Kantor said. “She is still with it and so insightful, so smart and savvy, that to give her the opportunity to help us understand her story was just a blessing.”

Norman Lear’s Act III Productions, which produces One Day at a Time, initiated the documentary for American Masters. Brent Miller, a producer of the sitcom, told Riera about the biopic when she was visiting the set. Riera’s son, Marcel Ruiz, plays the grandson of Moreno’s character on One Day at a Time.

Riera had interviewed Moreno for another film of hers on the Puerto Rican diaspora, De Puerto Rico para el Mundo. She pitched her ideas for directing the biography and got the job, she said.

During the first day of filming, Riera was surprised to hear about the adversity Moreno faced during her career and was impressed by her openness in discussing how she sought help through therapy. As a Puerto Rican woman working in the film industry, Riera related to many of Moreno’s struggles.

“She looks so secure that I never thought there was something that she was struggling with,” Riera said. “That really spoke to me. … She’s 50 years older than me, and I go through the same things even now.”

Riera directed filming of contemporary sequences in the documentary by following Moreno on the set of One Day at a Time; at her home in Berkeley, Calif.; and on travels to New York and Washington, D.C., where she promoted the newest season of her TV show. Riera was impressed by Moreno’s endurance through long days of filming.

“Having the opportunity to follow her around made me realize how much energy this woman has. Oh my God!” Riera said. “She would have a whole day of promotions and interviews, and then she wanted to go to Broadway to watch a play. … We were so tired, and she kept going.”

With so much archival footage to choose from in representing Moreno’s iconic works, Riera said she wants the documentary to also reflect the external factors that shaped Moreno’s work and her experiences as an actor.

“She was always put in a box,” Riera said. “And she accomplished a lot, but imagine if she wasn’t Latina how much she would have accomplished.”

By telling the story of an icon who had to overcome such adversity, Riera said she hopes her audience thinks about more than just Moreno’s journey.

An earlier version of this story said that Moreno and her mother immigrated to New York City. As citizens from Puerto Rico, they relocated.