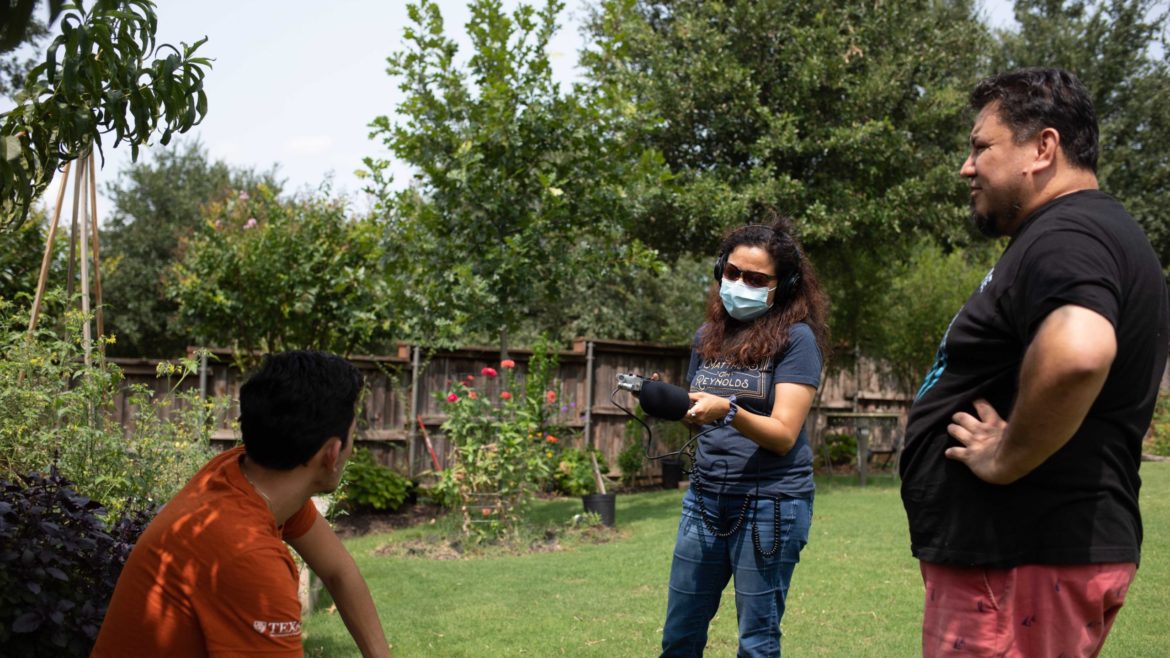 Roughly every 30 seconds in the U.S., a young Latino person turns 18 and becomes eligible to vote.

With the aptly named Every 30 Seconds project, PRX’s The World and seven stations are collaborating on a yearlong effort to track the young Latino electorate ahead of the presidential election. Chosen by The World’s editors, the stations are spread out across the country: KERA in Dallas, KJZZ in Phoenix, KPBS in San Diego, KUOW in Seattle, WABE in Atlanta, WLRN in Miami and WUNC in Chapel Hill, N.C.

Each station picked a reporter with connections to their local Latino community to contribute to the project. According to The World’s Daisy Contreras, the project’s lead editor, the pitches came with a wrinkle that caught the journalists off guard: Rather than finding new groups of voters for each story, they would each follow just one Latino voter throughout the campaign cycle.

Contreras said the process has given reporters the chance to build stronger relationships with their sources. It’s an identity-focused beat, so The World‘s editors wanted reporters to connect with their subjects on a deeper level.

“We wanted to bring attention to the complexities of who these young people are,” Contreras said. “So what is it about one person, their family history, who they talk to, who their friends are, where they grew up, how all of that shapes their political identity.”

Each reporter files a story once every couple of months to track the voters’ opinions. The stories include audio and text on The World’s website, where they have garnered over 51,000 pageviews. The reporters’ contributions are also airing on The World.

Reporters say that following just one voter has given them intimate insights into the voters’ decisions, helping them present more nuanced views of the young Latino electorate. One of the project’s aims is to challenge a singular view of the young and Latino voting blocs, according to KUOW’s Esmy Jimenez.

“It starts shattering the monolith of Latinos or youth,” Jimenez said. “All of these people have very different lived experiences. A Cuban that’s a third-generation in Florida is voting completely different than a first-generation Mexican-American in the Yakima Valley in Washington. Really, it’s unfair to kind of put them under this giant umbrella.”

Jimenez has been following Michelle Aguilar Ramirez, a young Latina who celebrated her 18th birthday in November. Like many other young Americans, Ramirez has zeroed in on climate change and the Black Lives Matter movement as her central issues. Also like many young Americans, she is supporting Joe Biden, though unenthusiastically, in the election.

Focusing on a younger bloc of voters has also helped Jiminez and her fellow reporters understand where Gen Z voters are finding information. “They’ll tell you, ‘Oh, actually, I didn’t watch the DNC or the RNC, but I saw this tweet or TikTok,’’’ Jimenez said.

The reporters agree that media coverage of the young Latino vote often falls short and that most candidates pay equally little attention to that share of the vote. Bernie Sanders, however, resonated with a number of the reporters’ subjects during the Democratic primary and was a popular candidate among young Latinos across the country, according to polls.

The project’s reporters say that focusing on one voter has also allowed them to explore qualitatively how the roller-coaster state of the country has affected individual voting choices.

WUNC reporter Naomi Prioleau, for instance, interviewed Afro-Latino Brayan Guevara for the project, whom she described as “independent” in his way of thinking. She said Guevara initially “felt the Bern” during the primary season and saw some merits in Trump’s platform earlier in the year but, with his mom’s encouragement, has settled on supporting Biden.

In the initial stages of the project, Prioleau said, she began interviewing a young Latino Trump supporter who quickly backed out of the project, fearing backlash from his community.

“I don’t think he was comfortable having his views projected nationally, … which is kind of saddening because it shows how people like to group certain minorities and people of color,” Prioleau said. “They think all Black people and Latinos should be Democrats.”

Not every young voter in the project has committed to voting for Biden. WLRN reporter Daniel Rivera has followed Jacob Cuenca, an 18-year-old registered Republican who began the campaign cycle as a committed Trump supporter but is now leaning toward Biden due to the president’s pandemic response. And Yaneilys Ayuso, another young Latinx voter in Florida, said in March that they would not vote for Biden if he won the primary.

The reporters are working together to find central themes that guide their interviews, such as the Black Lives Matter movement. Reporters have also appeared on Facebook Live streams to discuss what they have learned from the young people and to take viewers through the challenges of reporting remotely. The streams have been viewed over 23,000 times.

Reporters have lined up a collaborative project before the election in which the young voters will join a Zoom call to discuss their choices. An hourlong edited version of the call will be posted Oct. 30 on The World’s website.

Funded by a $300,000 CPB grant, the project is one of many that CPB is highlighting during Hispanic Heritage Month, which runs from Sept. 15 to Oct. 15.

“I think one of the challenges is lots of newsrooms will try to do these collaborations without actually spending more time or money on it,” Jimenez said. “Our editors said that we have the resources. Let’s invest in it.”

The World’s editors allotted some of the project’s budget for travel, but due to the pandemic, money was reallocated toward video projects, reporting beyond Nov. 3 and hiring freelancers for additional reporting about young Latino voters. Most reporters are conducting interviews remotely because of the pandemic. Producers plan to continue the project until a couple of months after the election, giving voters a chance to reflect on the results and look ahead to the next four years.

“We might not know who the president is on November 3rd,” Contreras said. “… We’re definitely trying and hoping to carry the project on until we know we have a president and have reactions from the young people.”