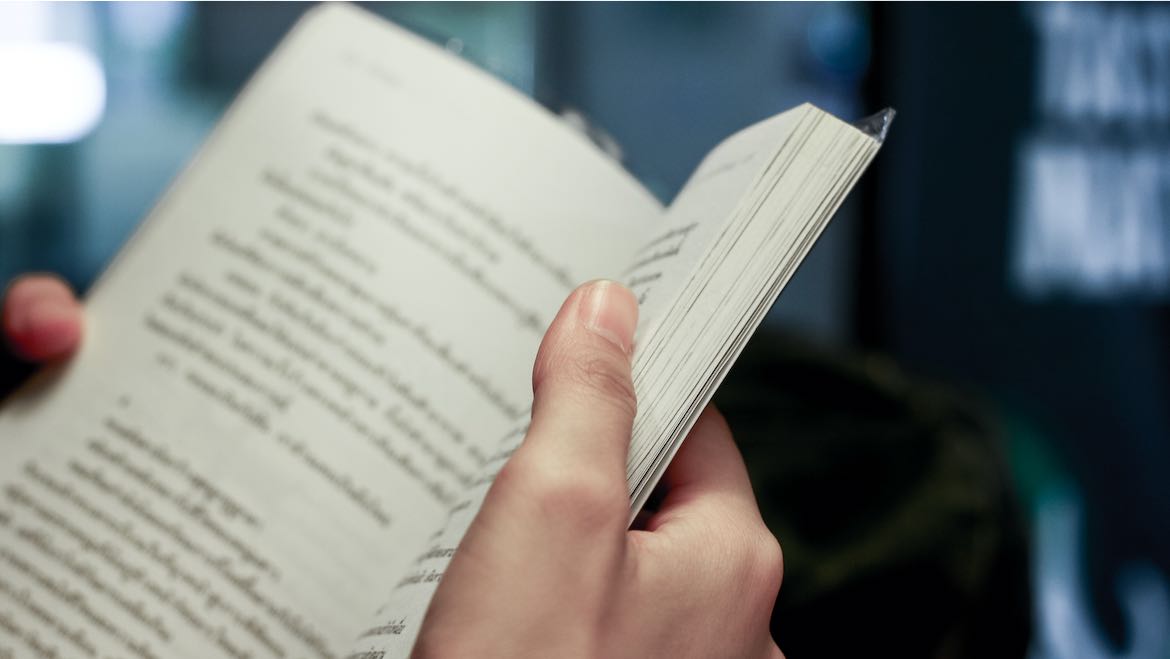 Emphases on in-depth news and local production form the signature aspirations of public radio in serving listeners most relevantly. These twin tenets, however, may be a barrier for stations to consider short modules or podcasts from outside independent producers. But what if other factors prove appealing, along with a podcast’s source yielding a gold mine for programming?

As an independent producer, I speculated on how station managers evaluate new programming. “Gut fit” surely factors in. Also, authenticity, topicality and edifying content — all seemed salient ingredients for my nationally distributed daily module, The Author’s Corner. Production values and evident funding for a series influence program directors, too. All things considered, so to speak, airing a new series may be too much a leap of faith for some stations.

As one past example of a short module, TAC was created acknowledging reading as the #1 leisure activity of public radio listeners, consistent with their high education level, affluence and curiosity. Books can touch hearts and change lives. This daily 100-second module featured coached authors reading compelling passages from their new books.

An eclectic selection of books was the goal for TAC. The line was drawn at poetry (not edit-friendly) and at controversial territory to avoid “complications” for airing stations. Our ideal was challenging: Tell listeners something they don’t already know. Here, in the eloquence only authors know how to weave — authentic words — historian Nigel Hamilton (The Mantle of Command) recounts the extortion of the Philippine president by General MacArthur as Japan sweeps through the Pacific:

He demanded from President Quezon half a million dollars, the sum to be wired into his personal bank account in New York. And wired it was. “God, would I like to be a general,” his clerk, Private Rogers, noted in his diary that night. Learning of it, President Roosevelt was shocked. As it turned out, however, the question of corruption was set aside. For two days later, on February 15, 1942, Britain’s empire in the Far East collapsed. Singapore, the Gibraltar of the East, was surrendered with no more than a token fight. More than 40,000 of their Indian troops went over to the enemy offering to fight with the Japanese against the British. General Douglas MacArthur, instead of becoming a felon, suddenly became the president’s “indispensable man in the Pacific.”

Fiction alternated with nonfiction on TAC. Why fiction? To reflect readers’ tastes and for the larger value of fiction. As bookworm Barack Obama said in 2015, “When I think about how I understand my role as citizen … the most important stuff I’ve learned [is] from novels.” In Amy Talkington’s paranormal mystery Liv, Forever, set at an elite boarding school, an art student loses her life and returns as a ghost. In this early scene as she’s first kissed, a boy says he loves her:

Though not “in-depth,” brief shows make an impact, echoing in your head. These excerpts from The Author’s Corner were among readings by 400 authors, with a 50-50 gender mix, including ten Pulitzer-winners. Follow the literary road and you might record the Cowardly Lion’s son, a president’s daughter and Princess Di’s brother. Hopefully you won’t fall flat on the hard bricks of inadequate funding.

While TAC will never be resurrected, I hope stations take more chances with new programs, especially literary ones in this oh-so-digital cellphone age. How about posting podcasts by independent producers on your website? You could regularly air regional authors’ readings, reminding listeners of the wealth of books. A station “donor of letters” could be approached to underwrite a literary endeavor. For a university-licensed station, a university press seems a natural ally in these pursuits.

Authors are authors because they have something to say beyond the ordinary, beyond the daily detritus of life. Along with book reviews and author interviews (thoroughly edited, please), why not champion books in other ways? At one station, I recorded state poets laureate in works apropos the change in seasons. Even short “book features,” however you devise them, can have thought-provoking content. Programming memorable in the minds of listeners may foster listener loyalty. Books are an undertapped source of delight.

Peter M. Johnson, MBA, MS (ecoessays@aol.com) is a radio consultant and was music director for four public radio stations; exclusive radio producer for the Aspen Music Festival; and creator/producer of the past series, ECO-Essays and The Author’s Corner.