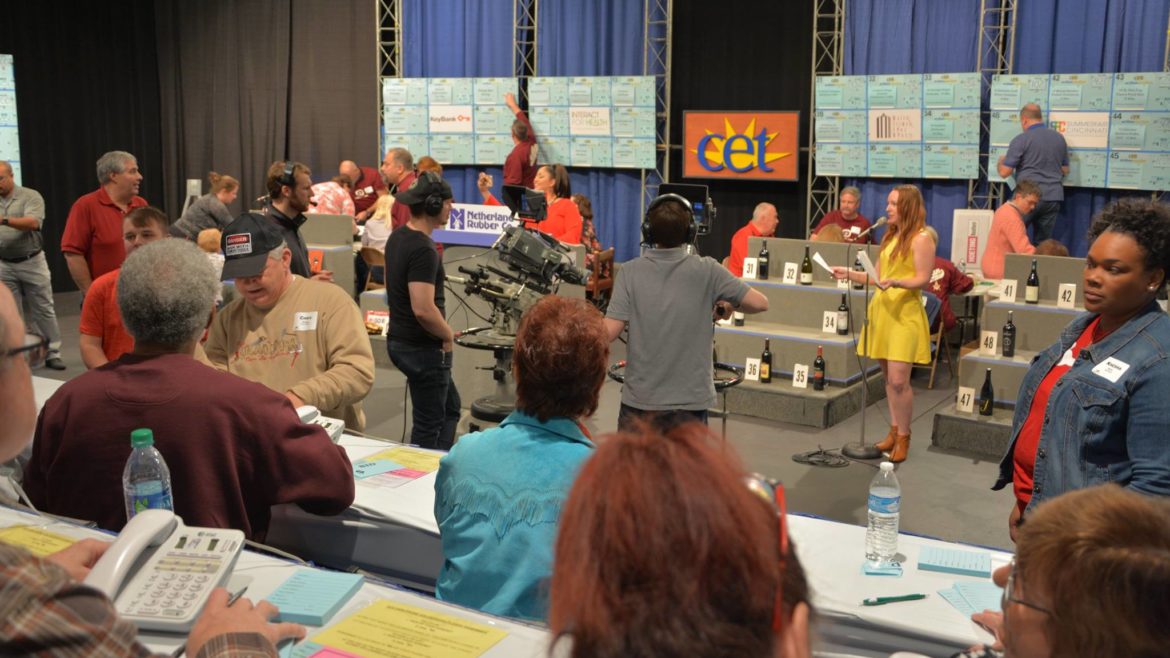 Typically held in the spring with help from an army of up to 600 volunteers, the stations usually offer up to 2,000 items for bid during a 10-day run of on-air fundraising. Powered by volunteers staffing a phone bank and running cameras in CET’s studios in Cincinnati, the Action Auction brought in $250,000 last year.

A production on that scale was not possible during the coronavirus lockdown, so the stations, operated by the partnership organization Public Media Connect, postponed the event and took time to recalibrate.

They partnered with the online bidding platform GiveSmart to handle all of the bids and scaled back the broadcast footprint. Over four nights, Sept. 9–12, each on-air event showcased the most valuable items in the auction such as jewelry, artwork and professional services.

Community Events Manager Mary MacDowell said she and her team were surprised with the response last weekend. The 53rd annual Auction Auction surpassed its revenue goal of $150,000 to raise nearly $200,000. The percentage of items sold, usually in the range of 80%, hit 98%.

MacDowell said the online auction was so successful that the stations are never turning back. The new format brought in younger bidders and people eager to support the station during the pandemic. In addition, nearly 11,000 people registered to bid.

“We were older than old school with our way of doing it,” MacDowell said of pre-pandemic auctions. “I think this allowed us to reach the generation that PBS stations as a whole struggle to reach. I had emails from younger people who bid but didn’t even tune in to the auction.”

CET started the auction back when it was an independent community licensee and continued the on-air fundraising tradition even as many public TV stations ended theirs. CET persevered because of the community’s love for it, MacDowell said. Much like an annual carnival or local festival, the auction became central to Cincinnati’s local culture.

“I have people call all year long, eight or nine months out, and say, ‘What’s the date for the auction next year?’” MacDowell said.

The coronavirus didn’t change that, and the stations’ leaders and volunteers were determined to mount a safe, socially distant auction this year.

Cincinnati native and Auction Committee Chair Dr. O’Dell Owens, chief executive of a local public health organization, oversaw planning to reduce the number of volunteers and production crew. Owens, who earned a master’s degree in public health at Yale, directed social-distancing measures that divided auction workers into small teams and assigned them to different areas of CET’s building. The production team used robotic cameras, a change that reduced the size of the camera crew to just a few people.

Many auction volunteers worked remotely over the summer to prepare for the auction, processing donated items, promoting the event online and reaching out to potential sponsors. Without their efforts, the Action Auction wouldn’t have happened, MacDowell said. “Really, the way we do it is we have an incredible group of volunteers,” she said.

“It’s just part of the community — it’s unlike other cities,” MacDowell said. “I talked to someone from a Detroit station, and he said, ‘How do you do it? We stopped because people treated us like we were a garage sale and just gave us [their unwanted items].’ That hasn’t happened to us. We pay close attention to what our audiences want.”