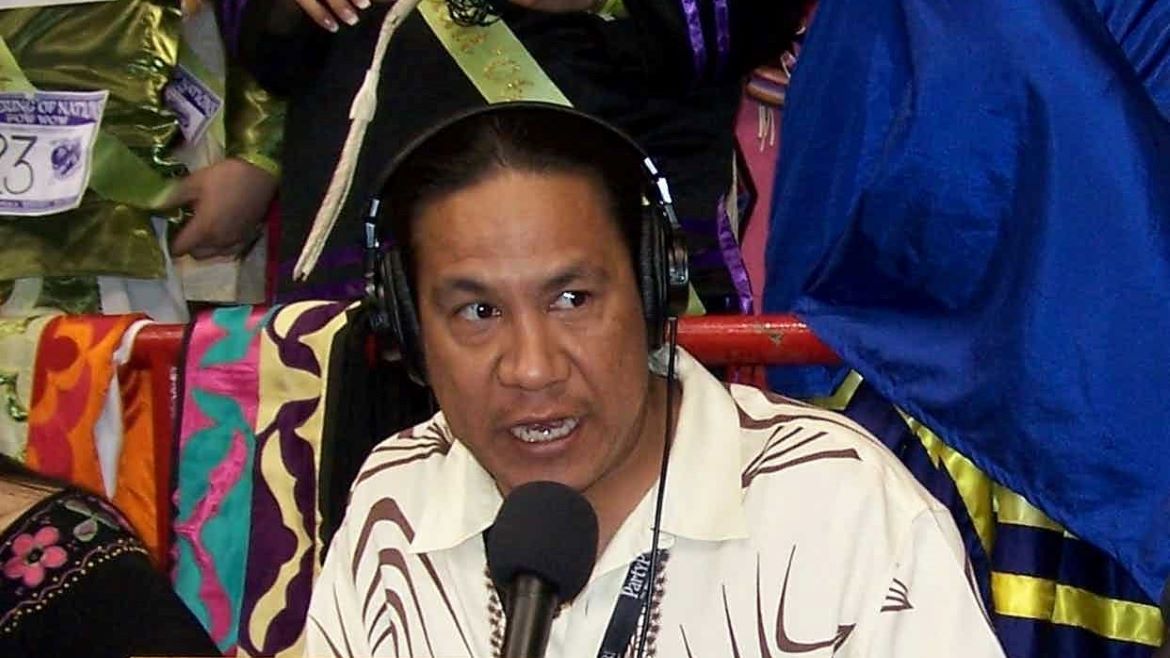 Harlan McKosato, a longtime host and producer of the radio show Native America Calling, died July 21 in Albuquerque, N.M., from complications relating to alcoholism. He was 54.

A citizen of the Sac and Fox Nation, McKosato was remembered by colleagues and friends as quick-witted, humorous and charismatic. He began as a research assistant at Native America Calling, a live call-in radio show covering topics relevant to Native Americans, and became host in 1995 after the previous anchor had to leave the show abruptly. He hosted the show until 2012.

“He had this conversational tone, and you felt like you were sitting across the table from him when he was on the air,” said Monica Braine, senior producer of Native America Calling. McKosato was her supervisor when she began at the show and a family friend.

Braine said McKosato had a “hard-core fan base” and that people would call asking for him when he wasn’t on the air. She said McKosato taught her how he made radio, part of which involved asking tough and sometimes controversial questions “to get people thinking.”

Native people experience “a total invisibility” in mainstream media, Braine said, and McKosato “brought a visibility about with his voice on the airwaves.”

John Gregg began working with McKosato while at American Indian Radio on Satellite, a radio network that distributed Native America Calling, and the two became friends. Gregg said McKosato had an ability for drawing humor out of his guests and was always interested in the world around him.

“He had a deep and natural curiosity about the topics he was taking on, and that’s what really drives a good radio host,” said Gregg.

McKosato was “at the center of propelling [Native America Calling] to National prominence” in a time when there wasn’t a lot of Native media, said Jaclyn Sallee, CEO of Koahnic Broadcasting Corp. in Anchorage, Alaska, in an email. Koahnic produces Native America Calling.

“He did not hide his cultural heritage,” Sallee said. “… He will forever be recognized for being one of the leading voices bringing Native issues to a national audience from a Native perspective.”

McKosato used the power of public media as “a launchpad” for improving coverage of Native issues, Sallee said, and was essential in helping Native media demonstrate how important it is to “utilize Native talent.”

Shelley McKosato-Haupt, McKosato’s sister, recalled his being especially proud of an interview he conducted with former President Bill Clinton on Air Force One.

McKosato grew up in Perkins, Okla., and lived in a community of “Indian homes,” or tribal housing, said McKosato-Haupt. She said their family was well-supported by the tribal community.

McKosato-Haupt and her brother were both interested in journalism at a young age, she said, recalling a childhood dream of theirs to “travel around Indian Country” in a media van and interview other Native people.

McKosato received a bachelor’s degree in journalism from the University of Oklahoma and began working as a mentor with United National Indian Tribal Youth. He then became an ambassador at Americans for Indian Opportunity before starting at Native America Calling.

He left Native America Calling from 2003 to 2006 after a DWI arrest and an arrest for battery on a family member. McKosato apologized to listeners before the departure. McKosato-Haupt said it was important not to hide the truth of his struggle with alcoholism and that it was “his main demon.”

Braine said that McKosato’s alcoholism affected every part of his life. “He was a good person, but he really struggled,” she said.

After leaving Native America Calling, McKosato tried to start his own radio network and continued to write for the Santa Fe New Mexican until 2015. He also wrote for Indian Country Today and was trying to start a podcast in his last year, according to his friend Jenni Monet, who wrote about his life and work for the newsletter Indigenously.

McKosato-Haupt said she wants people to remember the good McKosato did as a radio host above all else. The response from people messaging her with their support after he passed was “phenomenal,” she said.

“He just made people feel like everybody was his best friend,” she said.

One thought on “Native broadcaster Harlan McKosato dies at 54”