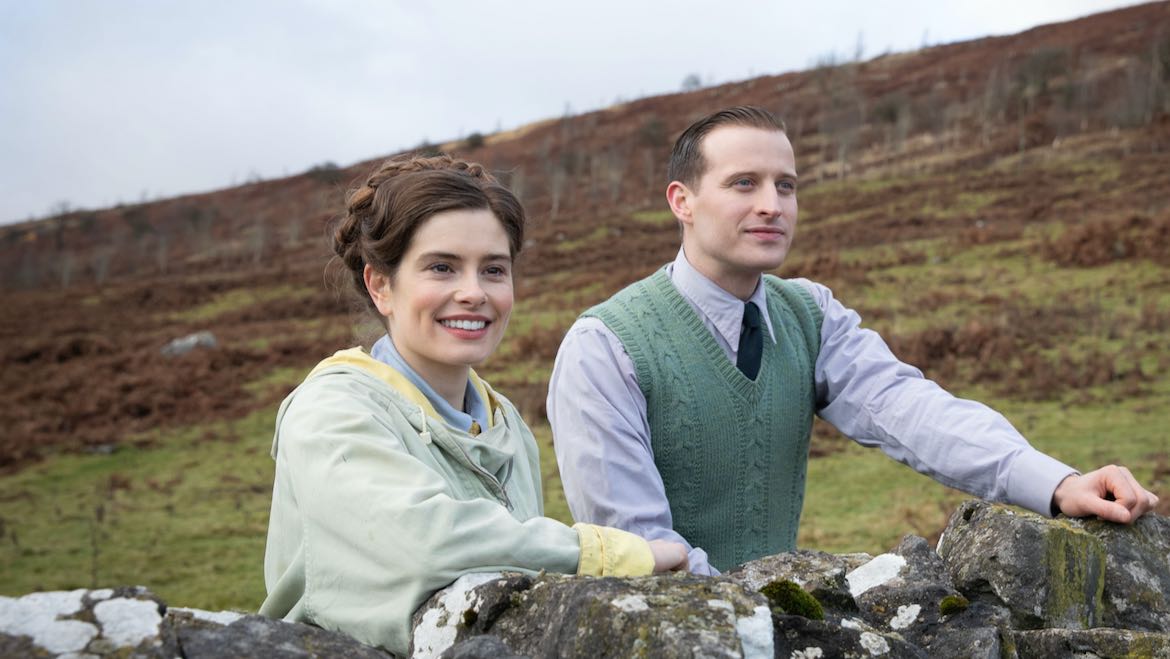 Helen Alderson, played by Rachel Shenton, and James Herriott, played by Nicholas Ralph, in the new version of "All Creatures Great and Small."

For more than 40 years, starting with its premiere in 1978, public television viewers cherished the people and animals in the quaint Yorkshire Dales that made All Creatures Great and Small a sentimental favorite.

Executive producer Colin Callender promised TV critics Wednesday that his Masterpiece revival, to premiere in January, will update the series with a more contemporary sensibility, though it will continue to be rooted in the 1930s.

The series, like the original of 90 episodes that began in 1978, is based on the bestselling books by veterinarian James Herriot. Although Callender said he never considered retelling the stories in a more modern setting, he thought new audiences would welcome some changes.

“We felt the psychological underpinning of the characters could be explored more fully,” he said during a session at this summer’s online version of the Television Critics Association press tour. “We felt the role of women in this society could be dramatized more fully.”

For example, Callender said, he added depth to the character of housekeeper Mrs. Enda Hall by creating a backstory for her not found in Herriot’s books. It was important that she and other characters not be considered mere placeholders, he said.

Anne Madeley, who plays Mrs. Hall, said she found the process of learning about her character to be joyful. “She came from what once was a happy family unit and now had fallen apart,” she said. “She had to carve out a new life for herself as a woman in in 1937. So she’s very grateful to get this job as a housekeeper in the house, and they become her surrogate family.”

There’s more backstory for Helen Alderson, the character played by Rachel Shenton, who is portrayed more fully as an older sister and the daughter of a hard-working farmer.

The greater character depth, however, is consistent with promises Callender made to Herriot’s children, Rosie and Jim, “that we would remain faithful to the books, the spirit of the book and the intent of the books.”

Masterpiece has high hopes for the series — development of a second season is currently under discussion with the BBC — but is quick to acknowledge the earlier version did not carry the Masterpiece imprimatur. It appeared as a syndicated show on public television stations, said Susanne Simpson, series EP.

“So actually this is our first time showing All Creatures Great and Small, and we love everything about it,” she said.

Callender said the early version of the series had definite sitcom overtones and rhythms. His new version, he said, plays out more as a comedy-drama. He noted the Herriot books have never gone out of print and have sold 18 million copies, including more in the U.S than the U.K.

“There’s an enormous fan base for the books,” he said. “I think within minutes of turning on, you will accept this cast wholeheartedly and embrace them fully as the characters they play. The two shows can live comfortably and respectfully side by side.”