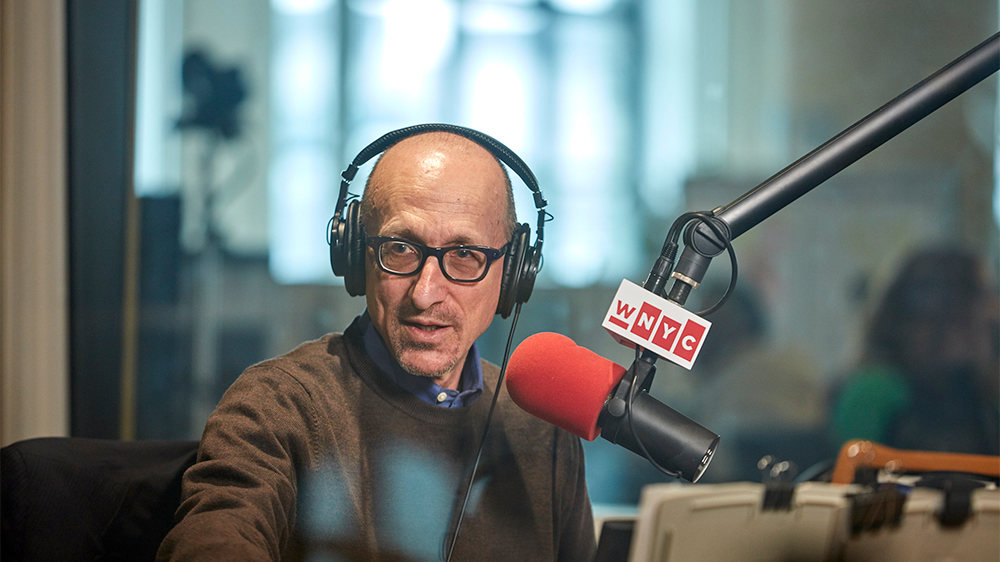 "America: Are We Ready?" co-host Brian Lehrer spoke with listeners about their plans to join the protests.

Listeners shared emotions about the recent protests related to the killing of George Floyd Monday in a call-in program co-produced by WNYC and Minnesota Public Radio.

WNYC’s Brian Lehrer and Kai Wright and Minnesota Public Radio’s Angela Davis hosted America: Are We Ready? A National Call-In About Racism, Violence, and Our Future Together, answering calls from listeners across the nation. The program aired on 342 stations across the country, according to WNYC.

Floyd’s death has spawned protests in at least 150 cities across the country, according to WNYC and MPR. His death, which occurred while he was being physically restrained by at least one police officer, was determined to be a homicide Monday by the Hennepin County Medical Examiner’s Office in Minneapolis.

Nathaniel Khaliq, former president of the St. Paul, Minn., branch of the NAACP, called into the program to discuss the significance of the bystander video of Floyd’s death in generating protests.

“It was not just an execution, but they tortured him,” Khaliq said.

The Monday night program was part of WNYC’s America: Are We Ready?, a series of call-in programs about issues related to the presidential election. It was the first episode in the series released since March 17.

“Tonight’s call-in represents the best of what public radio is uniquely positioned to do,” she said. “To be responsive to the moment, and bring listeners together from every corner of the country, to hear from one another about the enormous pain and anxiety coursing through the nation.”

Calls from listeners demonstrated their own experiences with protests. A caller from Baton Rouge, La., said they participated in a protest that remained consistently peaceful, while a Milwaukee listener said police entered a local protest “blazing” and tear-gassed the crowd.

Maria, a caller from Minneapolis, said that she was a victim of police violence and that Floyd’s killing encouraged her to attend daily protests, even though she has a family member at home who is vulnerable to contracting COVID-19.

Hosts Lehrer and Wright also tried to connect callers’ contributions to the focus of the series: the impending presidential election.

The show’s guests included Errin Haines, editor at large for The 19th, a nonprofit newsroom launched this summer focused on gender and public policy. Haines said she considered race an important factor “on the ballot in 2020.” Many black Americans consider the election a “survival vote,” she said.

Another caller expanded on the connection between voting and police brutality. Mary, a white woman from Boulder, Colo., said white people must also participate in ending police brutality against black Americans by contributing politically.

“White people need to wake up and use their privilege, our privilege, with legislators, with our money, to back up our friends of color as allies,” she said.

WNYC has yet to announce the date or subject of the next show in the America: Are We Ready? series.

This story has been updated to include the total number of stations that aired the program.