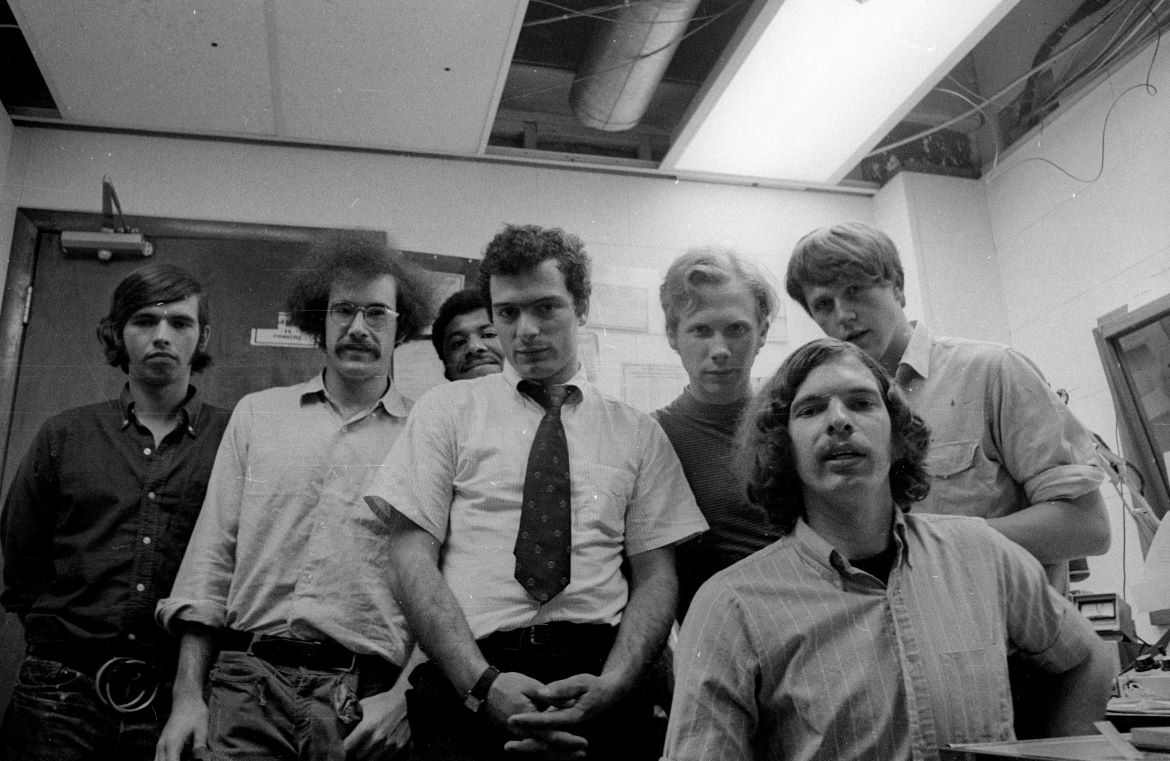 The award-winning documentary WBCN and the American Revolution has been made available for digital screenings and online rentals to help support community radio stations during the COVID-19 pandemic.

Bill Lichtenstein, the film’s creator, is partnering with the National Federation of Community Broadcasters to promote the opportunity for stations. Participating stations can receive a share of income from online rentals of the film, and some have also invited listeners to participate in on-air interviews and Zoom webinars with Lichtenstein, NFCB leadership and WBCN alumni.

The documentary tells the story of WBCN, a rock radio station that was central to social activism in Boston during the 1960s and ’70s. Established in 1968, the station became a platform for the antiwar movement, women’s rights, civil rights, gay rights and other causes.

Staffed mostly by college students who developed a casual tone on air, the station became known for the close relationships that developed between its announcers and listeners. WBCN was also a pioneer in having musicians perform live on the radio, and it helped propel bands such as Aerosmith to fame.

The documentary is distributed through Vimeo OTT, a streaming service that allows users to launch their own video subscription channels. Each station can have its own landing page for rentals that listeners can access. After Vimeo receives a 10% cut of revenue, proceeds are divided between the station and the filmmakers.

Stations in Maine, Massachusetts, Minnesota, Missouri, New Hampshire, New Jersey, Oregon and Rhode Island have all used the film as a fundraiser. NFCB and Lichtenstein said their goal is to have 100 stations participate in the campaign.

Beyond providing revenue for stations struggling through the pandemic, another goal of the campaign is to promote public dialogue about media. Lichtenstein said he wanted to make the film as “an object lesson of how media can create social change” and that its lessons are relevant today.

“I still believe that community radio is one of the best forces to help create social change within a community,” said Lichtenstein. “It gives people a chance to speak who don’t have the chance otherwise.”

Lichtenstein started volunteering for WBCN at the age of 14 and began thinking about making the documentary in the early 2000s. He started work on it in 2005, and it was released and shown at film festivals last year.

Making the film was “a collective action,” Lichtenstein said, because of how much listeners contributed to the documentary. The station maintained no archives, so much of the film’s content came from listeners who taped programs when they aired.

The response to the film has been “tremendously positive,” Lichtenstein said, with many people appreciating the reminder of what that time was like when they lived through it. For younger people, the film offers a window into the time and perspective on how much has changed since.

Ernesto Aguilar, program director of NFCB, said the organization’s partnership with Lichtenstein began when he connected with the filmmaker through a virtual town hall held by WERU, a community station in Blue Hill, Maine. NFCB is helping the documentary team connect with stations and share content about the campaign with NFCB members and other community media organizations.

Promoting the film is a good opportunity for stations, Aguilar said, because of the conversations the documentary sparks among listeners. For listeners watching the film with their local community radio stations in mind, Aguilar said, “you get a chance to really feel a sense of who we are as communities, and where we have come from and where we can go. I think that’s really a great conversation for any station to be in with a listener.”

Aguilar said that even for stations whose experiences have differed from WBCN’s, the film is powerful because of the collective feeling among radio professionals that the medium has been a part of the “nation’s great times.”

“All of us recognize that, even if it isn’t our experience,” Aguilar said. “So I think having a chance to hearken back to either memories or things people have heard about or seen has been really exciting for people.”

He said he hopes stations use the opportunity to increase engagement with their audiences and have a “wider conversation about amplifying the voices in their communities.”

Murphy said Lichtenstein contacted him about promoting the film, and he agreed because of how well it fit with WERU’s mission. The station advertised it on air, in its newsletter and on its website and social media. The film was available for online rental by listeners for three weeks.

WERU made around $500 from the campaign, which Murphy said was “pennies from heaven.” He said it didn’t intend for the campaign to be a big fundraiser and instead benefited most from the connections provided by the campaign.

“The connection to a legendary station like WBCN is important,” said Murphy. “… Our listeners enjoy knowing there are other stations like us that enjoy being hyper-engaged in the community.”

Murphy said he encourages other stations to use this opportunity because the film showcases many of their values.

“For supporting community-building and social justice, information, inspiration, solidarity and even something as simple as comfort for the spirit, those are all required. And those are all things that are very common in the mission of community radio,” said Murphy. “I don’t know if those were written mission statements for WBCN, but they certainly manifested themselves.”

For more information on arranging a benefit digital screening of WBCN and The American Revolution, visit screenthefilm.com or email WBCNtheFilm@gmail.com.

This article has been updated to include additional information about how to arrange benefit screenings.