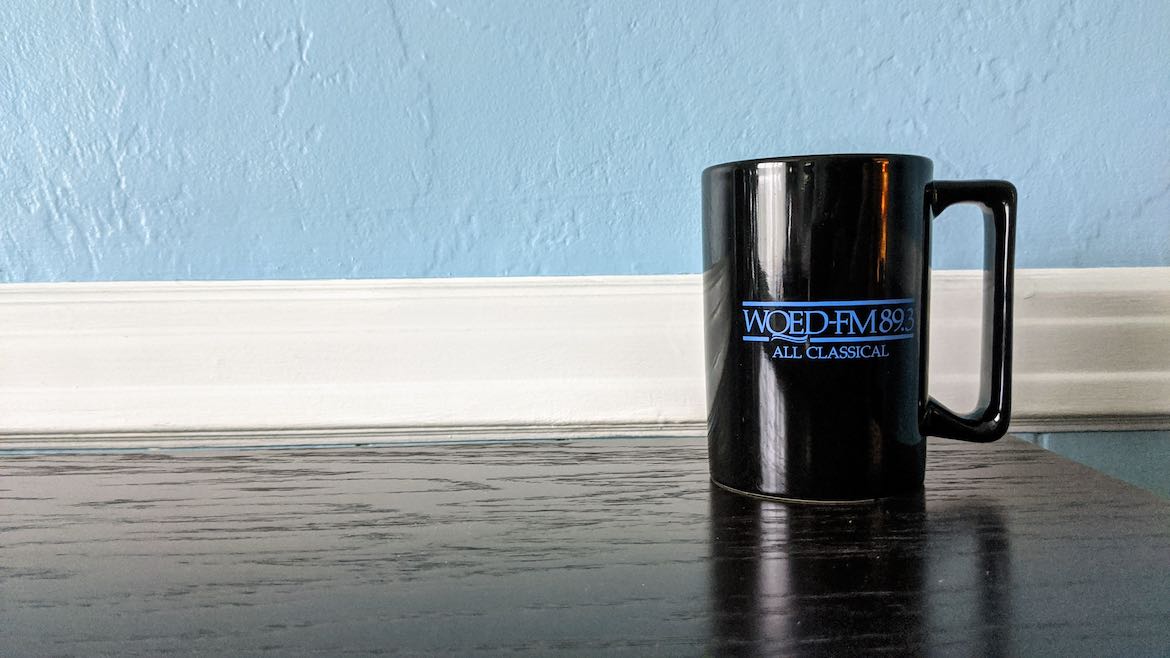 They say it’s better to give than to receive. And while everyone in public media thrives on providing rich content to the communities they serve — at no cost — we also love to give something else.

The first step to solving a problem is admitting you have one. Let’s all say it together: “We’re addicted to premiums, even outside pledge.” Feel better?

As we break down our concern over non-pledge premiums, let’s acknowledge that they can indeed be useful. The strategic, targeted use of premiums can help build brands, put a tangible symbol of support in donors’ hands and encourage a higher level of giving. But, like many things in life, while they are fine in moderation, they can become too much of a good thing and result in unintended consequences. In fact, leading economists who have studied giving have found that, while premiums can drive giving, they often are not cost-effective. We believe this to be even more true digitally, especially during the coronavirus crisis.

Let’s begin by thinking about how we found ourselves with an overreliance on premiums. The simple answer is that our original files were built on premiums. The money came in easier and at higher levels than at many other nonprofits.

The digital era, however, is a different ballgame. Digital is all about efficiency of the conversion — the longer someone spends on a digital form, the more likely you are to lose the donation. We have seen strong digital results during the opening phases of the COVID crisis, but in the coming months stations will need every dollar of net revenue. Right now there’s a window of opportunity to bank as much revenue as possible, and eliminating your use of premiums in digital giving is a clear path in that direction.

The first point to consider is that donors that select a premium outside of pledge are significantly more transactional. Why? Because you are training them to have a quid pro quo relationship with you to be  — more akin to how they view Target than the neighborhood food bank.

The simple fact is mission-driven donors are more loyal, and it’s not worth the risk to convert a potential mission-driven donor to a transactional donor by offering them a premium. Cygnus Applied Research conducted a donor study that found only 18% of donors expressed a preference for premiums. What’s more, Penelope Burk, president of Cygnus, expressed concern that the negative effects of premiums on donors were not being measured. Organizations assumed premiums were working because they pulled in donations, but they were not counting the many people who were left “gritting their teeth in annoyance, thinking ‘this is what you spent my donation on?’”

Your biggest opportunity to mold a mission-driven donor outside of pledge is during that first digital donation interaction. The first moment they come to your donation page is not the time to immediately frame yourself as a store — you are bigger than that. You and your organization are on a mission. Let the donor be a part of that.

A few years ago, J.C. Penney’s new CEO removed all discounts and coupons. It resulted in a massive drop in sales, and the CEO was forced to step down. The lesson? He couldn’t overcome the culture of being hugely transactional on a dollar basis. J.C. Penney shoppers had been trained that the only reason to shop there was the discounts — the stores had no “brand” or “mission.”

The transition to digital giving, paired with the intense emotions related to the COVID crisis, represents your opportunity to avoid this misstep, to rise above the transaction and focus on the transformative — the mission that makes your organization great. Seize the mission, and you will find yourself awash with loyal donors who will come back year after year or — better yet — sign up as sustainers due to the power of your mission, not the widget you offered them.

Our second area of concern is the preservation of station net revenue. We know it feels great to say “This campaign raised $500,000!”, but if you spent a dollar to raise a dollar, was it really a success? Put another way,  if a donor wants to donate $120 online and they select a hat that costs $10, you have just lowered your net. In many cases, that online donor would have donated $120 regardless, and you would have $120 in your coffers rather than $110.

Multiply that $10 by 1,000 donors, and you begin to get into significant money. The fact is, most donors, if offered a premium, will take it — even if they don’t want it. If offered multiple options, they will feel pressured to select one. In fact, offering multiple premiums online is the worst of all worlds — not only are you lowering your net, but making a donor choose pulls them into the Paradox of Choice.

The Paradox of Choice, caused by offering multiple online premiums, negatively affects you in two ways. The first is by lowering conversion, which is why we work with stations to limit the number of levels on donation forms (typically we target 4 or 5 donation levels). The famous “jam study” by psychologists Sheena Iyengar and Mark Lepper demonstrated that too much choice can be a bad thing. When shoppers were offered only six jam options, they were significantly more likely to purchase than those who had 24 jam options. Even adding a single premium increases the donor’s stress level, as they must now decide whether they want it. Due to this, they usually just take it by default — and cost you money.

Follow-up studies have demonstrated additional concerns about the Paradox of Choice. The most important is that too much choice leads to disappointment — people end up less satisfied with their final selection. Clearly, you want your donors leaving the experience feeling elated and good about themselves, not subconsciously worried they made the wrong choice!

Finally, possibly the most important issue during these times is the emotion behind the donation. During this crisis, people want to make a difference, to take some control back in their lives. Donating to your organization is one way they can do that and be their own hero. Donors don’t need a gift because the feeling they get when contributing is their gift.

According to a 2007 study published in Science magazine, “Neural activity further increases when people make [donations] voluntarily. Both pure altruism and warm-glow motives appear to determine the hedonic consequences of financial transfers to the public good.” That is to say, donations provide a measurable positive emotion to the donor. Is there anything people need more during this crisis than emotional well-being? By not providing a premium, you are maximizing that positive emotion, giving them a gift by creating the easiest, highest-converting online donation experience! What drives loyalty, conversion and average gift more than ANYTHING? Emotion! Now more than ever, you can use this to your advantage.

So how can you decrease your reliance on premiums? To begin with, do not feature them on your main donation page. Many stations don’t even have a link to premiums when they are not in pledge — maximizing all the benefits noted above. We would even recommend you utilize a button to reach pledge gifts during pledge — do not automatically direct your donors from your donate button to a page with gifts.

Always focus on making it easier and more enjoyable to donate without getting a gift. To be clear, you may lose a few donations, but any lost revenue will be more than compensated for by a higher average gift, improved net revenue and increased donor loyalty.

Of course, there will be occasions when a premium outside of pledge will make sense. For example, tickets to a timely cultural event that ties to your mission would be appropriate and could be supported through a pop-up window, an ad on your web page or a similar approach. But if people click on your standard donation button, your focus should be on instant conversion, not on asking them to choose a gift.

Also worth noting: Try to avoid sending emails or newsletters that focus on premiums. By doing that, you are putting a message in front of potential donors and often existing donors that calls out a transactional experience. The revenue is not worth the risk! Avoiding premiums will empower you and your donors during this critical time when your organizations need positive net revenue growth and your donors need positive net emotional growth.

A version of this commentary was first published on the Contributor Development Partnership website.

Using his experience in narrative, product development and scaled messaging, Frank Auer has worked to expand public media’s impact by increasing donor conversion, frequency and average gift. Frank also brings his understanding of consumer psychological behavior from the “for-profit” world and applies it on behalf of clients, driving true change to donor communication methods. Frank has an undergraduate degree in Motion Pictures from the University of Miami, an MBA from Boston College and certification in CPS facilitation from the Creative Problem Solving Institute.