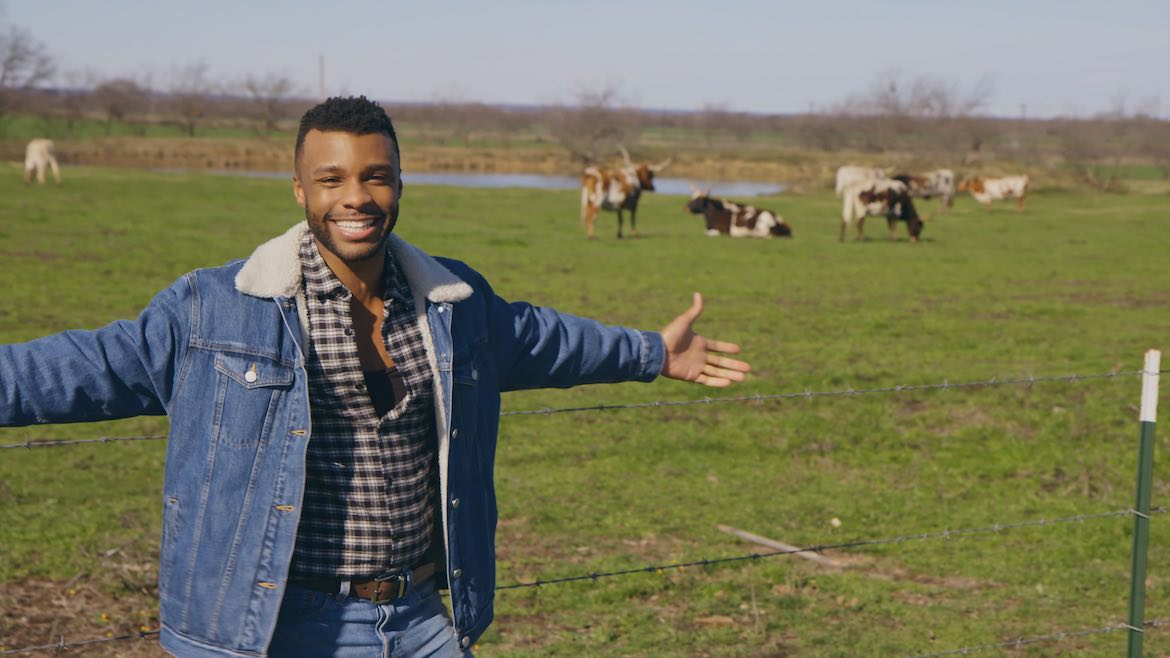 Dyllón Burnside, host of "Prideland," greets longhorn cattle in Texas, one of the Southern states he visits in the series.

The American Family Association is campaigning for PBS to cancel its signature content initiative celebrating Pride Month, a series of digital shorts and a TV special exploring LGBTQ+ communities in the South.

Prideland, hosted by Dyllón Burnside from FX’s Pose, launches Tuesday on a new YouTube channel, PBS Voices. In the first of six weekly digital episodes, Burnside tells of his experience coming of age as a queer man in Pensacola, Fla. The documentary special created for PBS will debut June 12.

AFA is calling on its supporters to sign a petition urging PBS to cancel the series and cut all ties to Burnside. “PBS’s decision to partner with Burnside to push the homosexual agenda is an unjust attack on Christianity and a mockery of the Bible and God’s design for human sexuality,” the AFA said in a May 14 action alert. As of Tuesday, the petition has more than 66,000 signatures.

The AFA, a Christian nonprofit advocacy organization based in Tupelo, Miss., established and circulated the petition against Prideland because its “biblical stance on human sexuality informs our rejection of the premise of this show,” said AFA EVP Ed Vitagliano in a statement to Current.

PBS describes Prideland as a series that reflects its mission to reflect diverse communities in its programming. “We believe it is important to represent the wide array of Americans who watch PBS every day — this includes the LGBTQ+ community, which is composed of more than 14 million Americans,” said Eleanor Hawkins, PBS director of corporate communications.

Later episodes in the miniseries profile an openly gay pastor in Mississippi and a lesbian couple who overcame legal obstacles to adopt a child in Alabama.

In his statement, Vitagliano criticized the content of the miniseries as  “clear propaganda,” especially because PBS is a publicly funded media service.

“Imagine if PBS had done the opposite — if it had produced a series rejecting homosexual activity from a biblical perspective,” Vitagliano wrote. “Secularists would be up in arms for the very same reason — they were paying for it with their own tax dollars.”