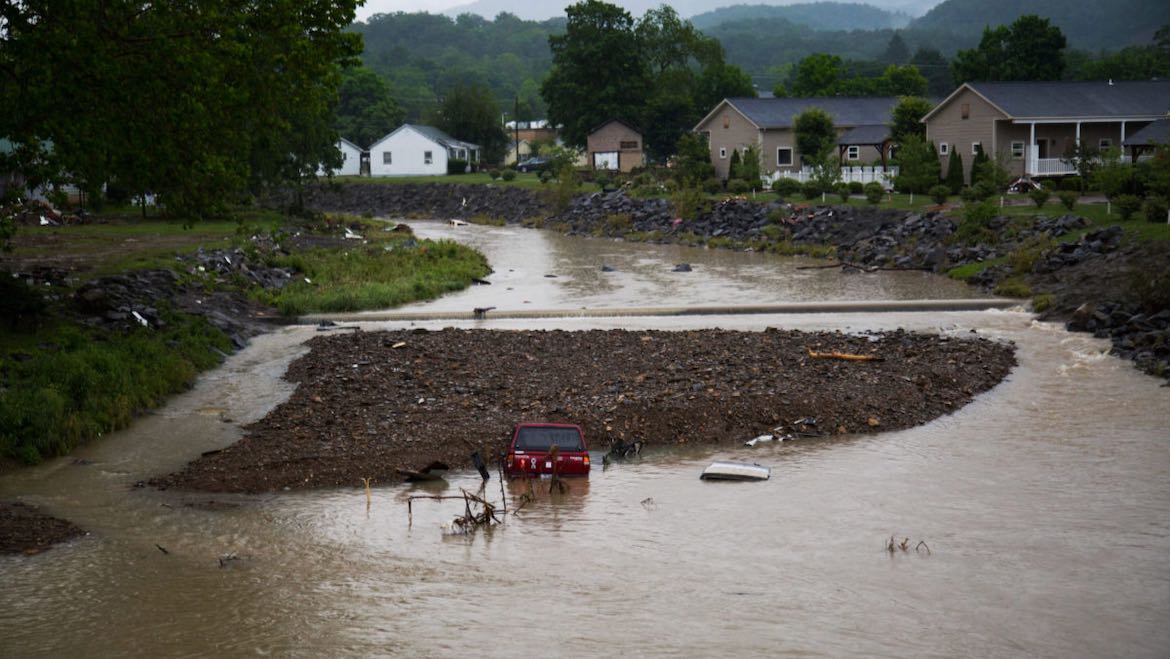 Its biggest collaboration to date includes partner newsrooms and freelancers in the Southeast. Reporters from public stations and regional newspapers produced enterprise coverage on local community initiatives to address climate change. As partner newsrooms published their stories in January, ICN packaged the digital coverage as a series on its website, “Caught Off Guard: Southeast Struggles with Climate Change.” Its story summaries provided links to full coverage on the partners’ websites and directed ICN readers to enterprise reporting on communities in six states.

When the story was published Jan. 24, ICN ran a short summary of the piece and linked to the post on WMFE’s website. The package included audio of Green’s story for broadcast and a text-based version with feature photos and a graphic produced by ICN.

For ICN, the partnership generates environmental coverage from across a region of the country where few local news organizations are able to report on climate change. “We’re trying to help areas where newspapers may have closed and they may be cutting staff,” said Vernon Loeb, executive editor.

Public media newsrooms participating in the Southeast network include WJCT Public Media in Jacksonville, Fla.; West Virginia Public Broadcasting/Ohio Valley Resource in Morgantown, W.Va.; Georgia Public Broadcasting in Atlanta; and WFAE in Charlotte, N.C. Other participating news organizations include The News and Observer in Raleigh, N.C.; The Post and Courier and The State in Columbia, S.C.; and BirminghamWatch in Birmingham, Ala.

ICN started its first regional network in the Midwest, relying primarily on Dan Gearino, a clean energy reporter for ICN who is based in Columbus, Ohio. Loeb said ICN plans to establish additional networks in California and the Mountain West, which will include newsrooms in Arizona, Colorado, Idaho, Montana, Nevada, New Mexico, Utah and Wyoming.

To launch a regional network, ICN starts by inviting reporters to apply for a training conference focused on covering climate issues. ICN looks for journalists who express deep interest in climate reporting and are affiliated with a news organization with reach to news audiences in the region. It selects up to 15 reporters from the applicant pool. ICN covers travel expenses for selected applicants to attend the conference.

Loeb said conferences for the Mountain West and California network had been scheduled for spring and summer, but ICN postponed them due to the COVID-19 pandemic.

Brittany Patterson, a climate reporter from West Virginia Public Broadcasting, attended the conference for the Southeast region in September 2018. The conference, held in Nashville, Tenn., allowed her and other attendees to discuss the challenges of covering climate issues and to learn how to improve their reporting techniques.

“When covering climate change, it can be such a bear of a topic to cover,” Patterson said. “It’s often really dark and … in some parts of the country, it can be really hard to talk about. I got a lot of value out of spending a few days sharing those concerns and brainstorming with other reporters about how I can do this better.”

From the brainstorming at ICN’s Nashville conference, participants decided to develop coverage focused on the climate commitments of local governments and other entities, according to Green and Patterson. That theme defined the enterprise reporting produced for “Caught Off Guard.”

Through the regional networks, ICN aims to fulfill its mission to support climate change  coverage by more local newsrooms, Loeb said. ICN is especially focused on restoring environmental reporting in the middle of the country, where few local news organizations devote a reporter to the beat.

“We feel like it’s a national or global emergency that journalists have a critical role in helping deal with,” Loeb said. “The more people we can get involved in climate journalism, the more we feel like we’re fulfilling our mission.”

One of ICN’s goals is to improve awareness of climate change in smaller communities, where “people don’t read the New York Times or the Washington Post,” Loeb said. Another goal is to end climate denial.

ICN’s collaborations aren’t limited to the regional networks, Loeb said. His newsroom is always looking for partners on enterprise coverage. The news organization, an independent nonprofit incorporated in New York, is funded primarily through foundation grants and donations from readers. In 2013, ICN won a Pulitzer Prize for national reporting for its coverage of flawed regulation of U.S. oil pipelines.

Financial support for the regional networks primarily covers the front-end costs of recruiting reporters and providing conference-based training. Once the reporters in the Southeast network returned home and began working on their stories, editors in their newsrooms supervised the coverage. ICN editors offered guidance and advice as needed.

Green said the ICN partnership and other collaborations help local newsrooms make the most of limited resources.

“It’s an opportunity to help your work have a bigger impact and get your work in front of more audiences,” Green said.