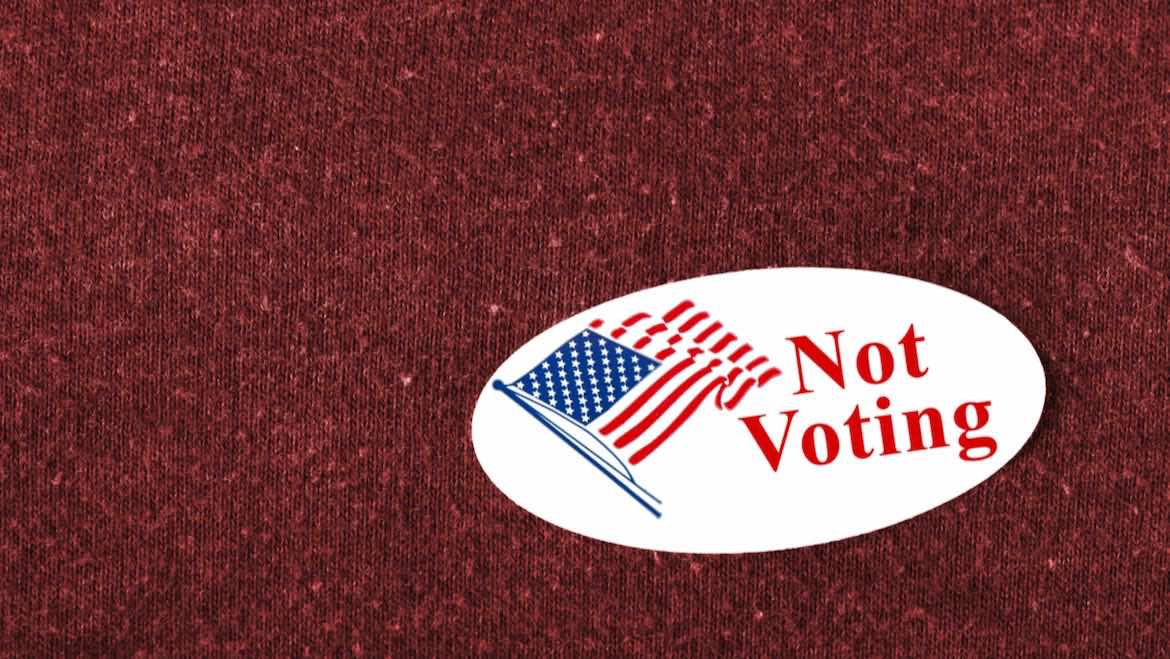 A change in Minnesota’s state voting laws has sparked a debate over how to balance journalistic ethics with one of the most basic civic rights that Americans will exercise this year — casting a ballot in presidential primary elections.

Under a law enacted in 2016, Minnesota will hold its first presidential primary since 1992 on Super Tuesday, March 3. While the new primary system is intended to increase voter participation and access, it poses potential conflicts for journalists in the state. To cast a ballot, the law requires each Minnesota voter to affirm that they agree with their party’s values and principles. The law also gives the state’s major political parties access to party affiliations declared by individual voters.

Laura McCallum, interim director of Minnesota Public Radio News, first discussed the implications of the new law with her staff during a Jan. 6 news meeting. She recognized the potential conflict and said she’d reach out to other public radio newsrooms to ask about their policies and practices.

“I would go to bat for our team and the ethics of our coverage,” McCallum said. But to some people, she said, signing a roster and declaring agreement with a party is “a line they don’t want to cross.”

A reporter who covered politics for eight years, McCallum doesn’t plan to vote in the primary. Journalists on her political team have decided to sit out as well. She’s concerned that the political parties could spread widely the information on party affiliations, potentially compromising perceptions of MPR journalists as free of bias.

In states that hold caucuses for presidential elections, many public radio journalists choose not to vote because the events require each person to declare allegiance to a particular party.

“You have to stand with others supporting a particular candidate,” said Michael Leland, news director for Iowa Public Radio. “It borders on campaigning.”

Though voters in primary elections use a secret ballot, in Minnesota the political parties will have the same access to an individual’s voting record. It’s not an unusual arrangement, according to newsroom managers at other stations.

Still, Minnesota Secretary of State Steve Simon is concerned that party access to voting information could have a chilling effect on journalists and other professionals whose credibility depends on public perceptions of objectivity, such as judges and clergymen. “There are zero restrictions now,” he said, referring to guidelines for how the parties can use the information. Parties could post the party affiliations online if they chose to do so, Simon said.

“It’s a poison pill,” Bob Collins, former senior editor of news for MPR, said of the new law. “It’s putting on the record that you agree to party principles, which you may not.”

Simon is working to expedite legislation that will put significant downstream limits on the political parties’ abilities to distribute the information, he said during an interview.

Eager to find out how other public media newsrooms deal with this issue, MPR’s McCallum posed a question about policies on voting in presidential primaries in two Facebook groups for public media journalists.

“Do any of your newsrooms have a strict policy on not voting in presidential primaries?” she asked. “In MN, the info will now go to the political parties, and could then become public. We’re considering a newsroom-wide policy stating that journalists can’t vote in the primary (instead of simply recommending that they not do it.)”

Her query ignited a passionate debate about how far newsroom managers can go to prevent perceptions of bias in news reporting.

More than 100 comments were posted across the two groups, McCallum said. “Plenty of people said things like ‘My ancestors died for the right to vote’ [and] ‘I wouldn’t work for a place that wouldn’t allow me to vote,’” she said. She learned from conversations that some public radio journalists don’t vote and recommend that political reporters not vote in primaries.

This approach appears to be in alignment with NPR’s ethics policy, which strongly discourages journalists from publicly endorsing a candidate by making donations or displaying bumper stickers or yard signs.

NPR’s policy cautions that public expression of political choices, “such as taking a position in a public political caucus that chooses candidates — can be problematic.”

But the idea that reporters should avoid declaring a party affiliation by sitting on the sidelines during a presidential primary is also problematic, according to some experts in journalism ethics.

Al Tompkins, a senior faculty member at The Poynter Institute, said there’s a difference between a public expression of support for a candidate, like a bumper sticker, and aligning yourself with a party in a primary.

“It’s the lowest form of public expression,” Tompkins said. “It’s asking a lot of a journalist not to participate in the very most basic civic duty.”

There’s nothing wrong with disclosure of a journalist’s political affiliation, Tompkins said. Journalists should be measured on their abilities to set aside their personal beliefs to provide fair coverage.

Jonathan Kealing, chief network officer for the Institute for Nonprofit News, agreed. “It’s not like journalists are apolitical,” he said. “It’s somewhat irrelevant what your beliefs are, as long as you can set those beliefs aside. We have to trust our employees to do that.”

But others said there’s good reason to consider how voting may affect public perceptions. It’s possible for a journalist to vote for a specific candidate and still cover them fairly, but the public may not see it that way, said Lynn Walsh, ethics chair for the Society of Professional Journalists. She believes that journalists should err on the side of caution and not vote.

“It is better to remove the potential conflict and the appearance of a conflict so your story can stand up as reported and not get clouded in the question of your bias and beliefs,” she said.

Brian Bakst, a capitol correspondent for MPR News, won’t be voting in the primary for that reason. He sees voting in a primary as akin to contributing to a political campaign. “I don’t want to give anyone reason to question the work I do,” he said.

In addition to her FB exchange and conversations with public media journalists, McCallum consulted with Minneapolis Star Tribune Senior Managing Editor and VP Suki Dardarian about her newsroom’s policy.

Dardarian and Editor/SVP Rene Sanchez updated their newsroom on requirements of the new party system in a Jan. 13 email and cautioned staff about displaying partisanship that could compromise the newspaper’s image “as a fair arbiter of news.” While emphasizing that each person should make their own choice, both said that they won’t be voting in the primary.

“We can’t prevent them from exercising their constitutional right, but we wanted them to think long and hard about the impact on the appearance of fairness,” Dardarian said in an interview.

While Michigan is one of the states that discloses the political affiliations of primary voters, that hasn’t stopped Vincent Duffy, Michigan Radio news director, from voting.

“I try never to miss an election,” he said. “Voting is the best way we can participate in our democracy.”

Michigan Radio has a vigorous editorial process that’s designed to ensure bias is taken out of stories, he said. “That’s what safeguards the process, not political affiliation,” he said.

Disclosure of political affiliation is only a problem if newsrooms lack balance in the political ideologies of the journalists working there, said Kelly McBride, chair of the Craig Newmark Center for Ethics and Leadership at Poynter. Objectivity doesn’t pertain to the individual journalist but to the process of reporting that leads to an objective report, she argued.

If, for example, it’s revealed that 90 percent of journalists in a newsroom are registered as Democrats, “then the public would have a reasonable perception that the news organization is biased,” she said. Instead of prohibiting or discouraging people from voting in the primary, she argues that newsrooms should work harder to achieve political diversity.

McBride asked on Twitter whether journalists should vote in primaries, sparking many responses.

Walsh, of SPJ’s ethics committee, acknowledged that newsrooms could be more diverse in thought and better reflect the communities they serve. But achieving that diversity won’t make disclosures of political affiliation less of an issue, she said. Most consumers of journalism aren’t journalists, and they decide whether an individual report is fair by considering the individual journalist who produced it, she said.

“I would still argue that a journalist’s accurate, fair reporting could be clouded if the party they voted for was public,” even if the overall news organization is diverse, Walsh said.

IPR’s Leland said he likely won’t be voting in the Iowa primary, which will be held in June, months after the Iowa caucuses. An Iowa primary voter’s political affiliation is also registered and made public, and Leland wants to avoid creating a perception he’s favoring one party over another.

Still, he said he won’t try to influence his staff on whether to participate. “That’s part of democracy,” Leland said. “If people want to vote, they don’t need to tell me and I don’t want to know.”

McCallum is taking the same approach of allowing her reporters to decide for themselves about the Minnesota primary. But she hopes they will thoughtfully consider disclosure of voting records and think about how their work intersects with the election coverage.

Reflecting on the reactions within the Facebook groups, she believes it’s an important issue for journalists to discuss and debate. “These are challenging, divisive times, so our integrity and credibility is extremely important right now,” she said.

This story has been updated to include the text of Laura McCallum’s Facebook posts.

Correction: An earlier version of this article mistakenly said that Kelly McBride tweeted about whether journalists should vote in primaries after this article was published. Her tweet preceded the article’s publication.