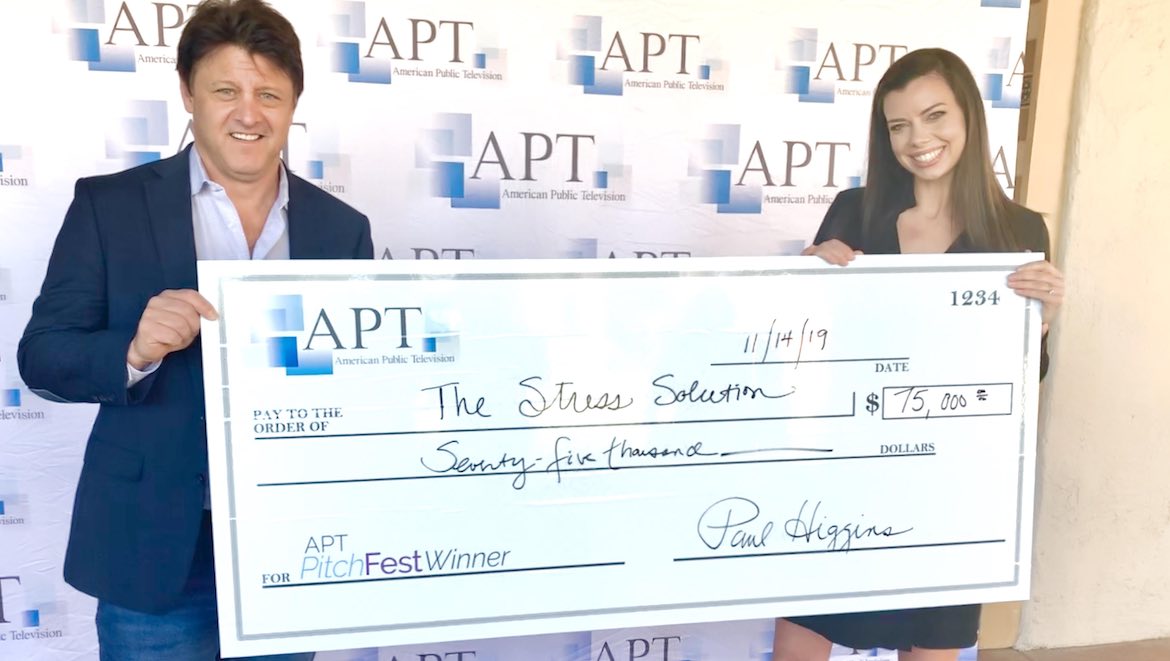 Producers from Detroit Public Television won the competition’s Grand Prize for their self-help pledge show The Stress Solution with Dr. Rangan Chatterjee, featuring the British physician and star of the BBC’s Doctor in the House. Judges also awarded funding to WGCU in Fort Myers, Fla., for Surviving Disasters with Les Stroud, starring the Canadian survivalist and filmmaker.

Both received production funds of $75,000. APT President and CEO Cynthia Fenneman said the projected release date for The Stress Solution is June, while Surviving Natural Disasters with Les Stroud is planned for late November.

Fenneman created and launched APT PitchFest in 2018 to stimulate production of new programs and ideas for public TV pledge drives. The competition, held at APT’s Fall Marketplace conference, also helps producers understand how to pitch programs effectively. A panel of judges comprising veteran programmers and development executives from stations and APT choose the winners from a group of five finalists.

Fenneman initially focused APT PitchFest on pledge programming because she saw a critical need to reinvigorate the genre.

“There’s the constant question within public broadcasting about how to instill new energy and new ideas and new successful tactics in pledge programming, and in the conversion of a viewer to a member,” said Fenneman. “We’re just trying to be part of the solution of finding innovative shows.”

Detroit Public Television’s Fred Nahhat, SVP of production, and Lauren Smith, co-EP, had been developing The Stress Solution for a while. They saw APT PitchFest as a good opportunity to move it along into production.

Smith and Nahhat think the program will resonate with viewers who are searching for deeper purpose in their lives.

“The essence of the show has something to do with a new millennial sensibility that maybe everything digital all the time … isn’t the way to go,” Nahhat said. “There’s a sense around this show that it could engender a new audience but also give a new outlook to our traditional audience.”

Amy Shumaker, associate GM of content at WGCU, said Surviving Natural Disasters will be viable as a pledge program because of its focus on audience empowerment.

“It’s gonna be appealing because it’s something everyone can relate to,” Shumaker said. “Anytime you feel empowered, it makes you feel safer and confident that you can get through something. So it’s about empowering our viewers.”

In an interview, Shumaker and Stroud both emphasized that they won’t be sensationalizing the content in the show just to shock viewers.

“This is not Les Stroud making some sensational new survival show about what to do when the floods come rolling in or an earthquake hits,” said Stroud. “This is me saying: ‘Hey everybody, this is for your Aunt Mae who lives in Texas and gets caught in a flood and has no power for 18 weeks. This is for your cousins who are facing long-term blackouts in California because of wildfires … what do they do now?’”

The program will be split into three segments — “Get Prepared,” “Survival” and “Recovery.”

Stroud, host of the Discovery Channel’s Survivorman, said he chose to work with WGCU because he became frustrated with network television’s predilection for reality TV.

To him, public broadcasting remains a place of authenticity and class.

APT PitchFest participants submit a four-page application and, if selected as finalists, deliver a 30-second “elevator pitch” and 2.5-minute presentation for the judges at “APTPitchFest Live!”, a special session during Fall Marketplace. Judges rate the pitches on criteria such as quality of content, innovation of concept, chance of success and execution of the pitch.

Ratings for the presentations last November were very close, according to APT’s summary of the event. The Stress Solution with Dr. Rangan Chatterjee won the most points, but the score for Surviving Disasters with Les Stroud was so close that its pitch team also received funding.

Three additional programs that competed as finalists were Qi Gong: A Key to a Healthy Life, pitched by host Lee Holden and co-founder Ben Cox; Travel. Transform. Thrive, by Kathy McCabe, host of Dream of Italy; and Rick Steves and the Trav-L-ator, by David Preston and Melissa Jones of Twin Cities PBS.

After two rounds of PitchFest, APT is looking to expand the competition into other genres such as lifestyle and nonfiction documentaries in the future, Fenneman said in an interview. The initiative’s focus on innovation and supporting strong producers will remain.

“I’m a big believer in the power of producers, and … it’s part of our mission at APT to keep on mining new and innovative and successful programming,” said Fenneman.