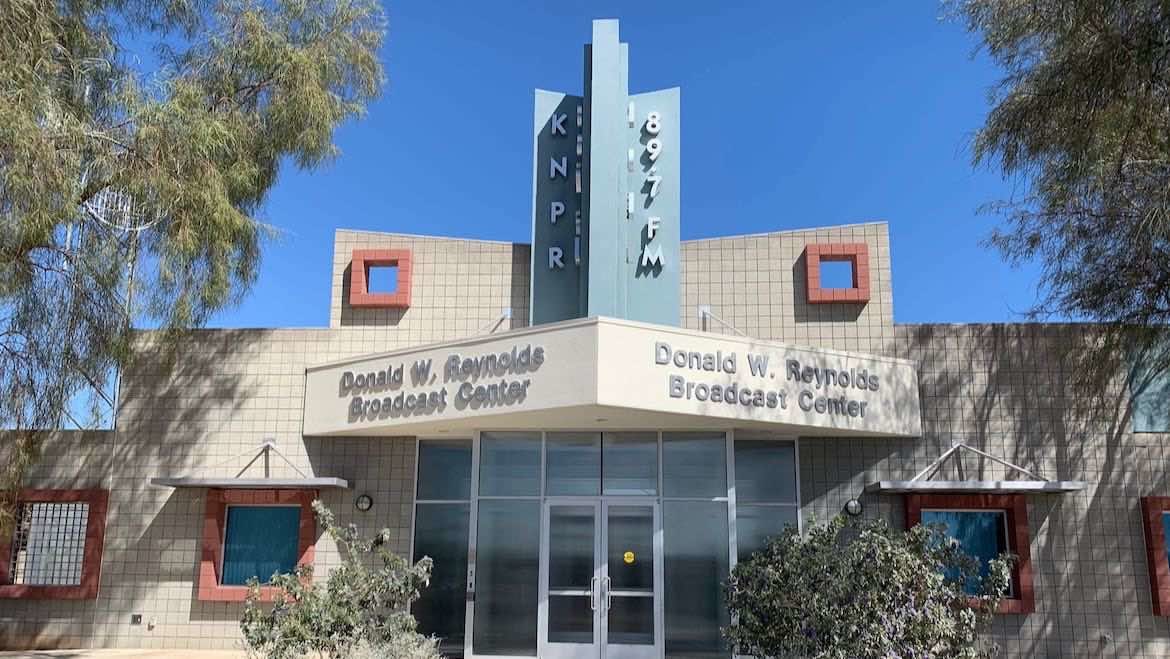 Jerry Nadal, who took over leadership of the station in September as it struggled to keep operating, said records kept by previous management are a “bit of a shell game.” Station staffers had concealed the extent of the station’s financial woes from the board of directors. But a review by the board has so far found no evidence of embezzlement.

“Currently, we are in much better shape in terms of complete and accurate financial records than we’ve been in years, so I’m more confident in our financial condition than I have been in some time,” board chair Anthony Pearl told Current.

Due to the financial strain, Nevada Public Radio shuttered NV89, its Reno music outlet, and laid off its four employees. Board members have since been piecing together just how the station came so close to collapse.

Nadal told the station’s board at a Dec. 4 meeting that Nevada Public Radio had invested $1.5 million into the Reno outlet. With a small coverage area, NV89 struggled to attract listeners to its music-discovery format since its purchase in 2017. Board members had urged Rogers in June to sell the Reno outlet before discovering the severity of the station’s financial situation, Nadal said.

In an interview the next day on the station’s State of Nevada, Nadal said management had been paying the Reno outlet’s bills while letting many others at its Las Vegas headquarters slide. The station owes roughly $700,000 to NPR and hasn’t paid the network in about a year and a half, Nadal said.

To complicate matters, management’s record-keeping involved shifting money between fiscal years and “accruals were being done into the next year,” Nadal added. The station was so strapped for cash that it couldn’t make payroll in August and was about two weeks from closing. It had just $464 in its checking account in July.

“We need to be clear that the financial information that was provided to us as a board and to the finance committee was basically made up,” board member Renee Yackira said at the December meeting.

In recent weeks, the station and its board have acted to get current on bills, including renegotiating debt and cutting employee benefits with changes to pensions and health plans.

Nevada Public Radio filed a motion Dec. 3 in Clark County District Court to access its endowment of about $1.4 million, roughly the amount of the station’s known debts. The endowment’s initial terms restrict usage of the funds. The station has gained permission from some donors to use account funds to pay debts but would need to go to great lengths to have donors approve access to the rest of the endowment, which are mostly small or from anonymous donors, Pearl said.

The station is looking to sell its signals in Carson City and St. George, Utah, as well as its Reno license. Nadal said it has received bids on the St. George license.

If the station can access the endowment funds, fundraise on target and have everything else go according to plan, it will achieve a $450,000 profit at the end of FY20 in September, Nadal said.

“We would be able to wipe out all of our past debt, and then we would have clear sailing,” he said.

The internal review to discover the amount of unpaid debt is ongoing, and the station still receives bills from vendors claiming previously undiscovered debts.

The station’s court filing shows the board was alerted to an overdue bill in August that didn’t fit with financial records they had received. A subsequent investigation found that the station’s books “materially understated” debts, the filing states.

Nadal and board volunteers have worked to create more accurate financial records for FY19. Correcting the books is necessary for an external audit required for the station to receive CPB funds.

Nadal, who has been working unpaid, plans to leave the interim CEO position for a job with a startup as soon as a new leader for the station is in place. A nationwide search by Livingston & Associates will attempt to find someone with business experience to lead the organization, hopefully by March, Nadal said. The station is aiming to catch up on debts by the end of March, he said.

The board will be much more involved in day-to-day operations going forward and will have better access to staff than in the past, he said.

As of the Dec. 4 board meeting, no legal action was being pursued against Rogers or LaBonney. Nadal said legal action is not off the table.

“I don’t know that there is any legal recourse to be done there, but I don’t think that’s our intention,” he said. “If there was intentional embezzlement of funds, we would pursue it.”

The station is continuing to investigate how previous audits missed the extent of the crisis, he said.

Nevada Public Radio still has about $135,000 in disputed bills, said board treasurer Kathleen M. Nylen, who is among the board members taking a central role in clearing up finances.

The station is focused on growing membership. It will offer free memberships to the employees of corporate supporters in order to get closer to a membership goal of 15,000 supporters this fall and attract those employees to turn them into renewing members in the future. Nadal said he wants the station to get to 20,000 members next year.

“The 20,000 would give us some additional funding,” he said. “Right now, we can probably survive on what we’re doing, but I don’t want the organization to just survive.”