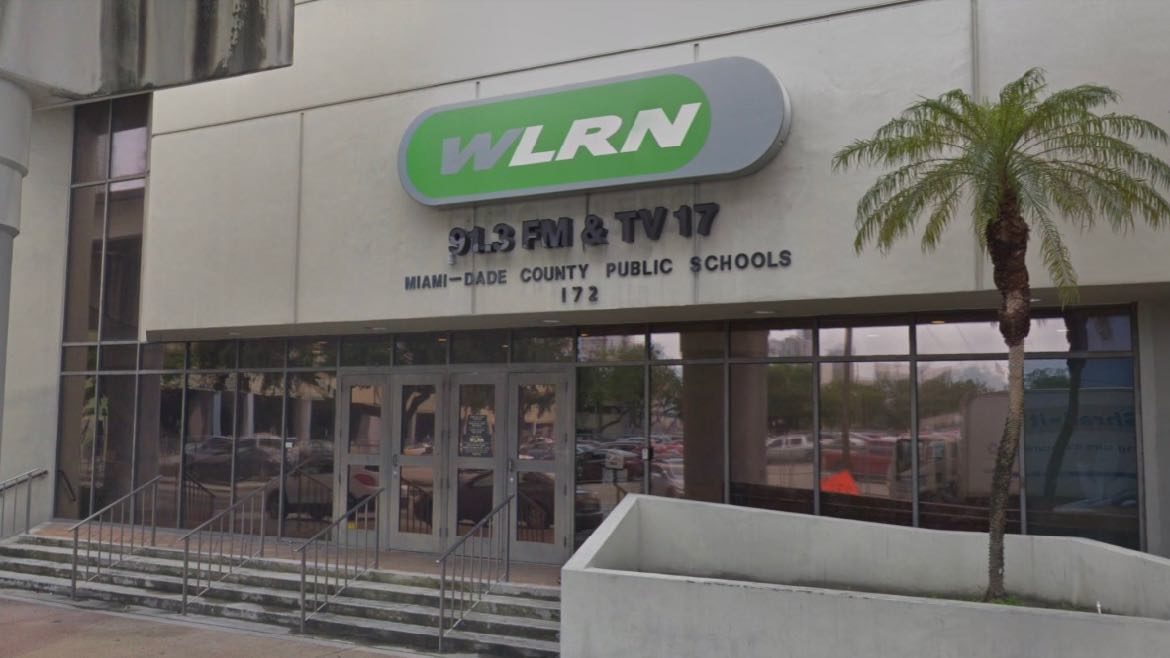 “Recognizing that the stations are an invaluable community asset, at this time, Miami-Dade County Public Schools has elected to postpone its recommendation to award the Request for Proposals for Media Management Services until a future meeting to exercise all due diligence,” said schools spokesperson Daisy Gonzalez-Diego in a statement provided to Current Wednesday. A “cone of silence” prevents district representatives from discussing the matter in detail, she said.

Gonzalez-Diego also said the district conducted “an open and transparent procurement process” to find a manager for WLRN.

Dwight Hill, board chair of Friends of WLRN, praised the school board’s decision to postpone the vote. Friends of WLRN plans to submit a detailed complaint by Dec. 12, Hill said. The complaint will question South Florida PBS’ qualifications and argue that the district’s evaluation of the bidders was flawed.

“We as a board do not think that the control of all media in the region should be in the hands of one [organization],” he said.

A South Florida PBS spokesperson has not responded to Current’s request for comment.

The school district began reconsidering its relationship with WLRN after a 2017 controversy arose over management of the station. Concerns over costs of managing the station were another factor. The school district provides between $2.5 million and $4 million in financial support annually.

Four options for WLRN’s future were proposed earlier this year. They included maintaining the status quo, embarking on a complicated restructuring of the station’s Community Advisory Board, and selling the station’s licenses to a new or existing entity.

The district went in a different direction with its June request for proposals, which sought an organization to manage the station while the school board retains the station’s broadcast licenses. South Florida PBS asked to receive a management fee for its services. Friends of WLRN did not ask for similar fees in its bid.

According to the Miami Herald, a five-person committee rated the two proposals and made a formal recommendation to the school board. The committee included three Miami-Dade County Public School representatives as well as a former Miami Herald publisher and a Florida International University journalism professor.

South Florida PBS noted in its proposal that WLRN and Friends of WLRN have had an “unusual” business relationship. Some editorial staffers in WLRN’s newsroom are employed by South Florida Public Media Co., a subsidiary of the fundraising group founded in 2009 without the school board’s approval. Meanwhile, John LaBonia, general manager of WLRN, reports to the school district.

“Not only is this unusual, but those same documents reveal almost no accountability in circumstances where the School Board bears total responsibility and liability as owner/licensee,” the South Florida PBS proposal read. “Perhaps this aggregation of authority with minimal accountability evolved over time for good reasons, but it does not reflect what public media friends’ groups traditionally do, nor does it appear to meet the requirements of a [nonprofit].”

Hill, in his interview with Current, said South Florida PBS’ proposal had “unfounded” and “inflammatory” comments about Friends of WLRN.

Friends of WLRN’s proposal, which did not mention South Florida PBS, said it had raised $50 million over the past six years to help run the stations. Hill said their proposal didn’t mention competitors because “it’s not about building an empire or tearing other people down.”

In a statement provided to Current before the school board postponed its decision on WLRN, South Florida PBS said it was “honored by the recommendation of Superintendent Carvalho and the Evaluation Committee.” The statement also said the station was “uniquely positioned to provide education resources, locally-informed programming and management rigor to help evolve the already strong services provided by WLRN.”

This article was updated after the school board postponed the Dec. 11 vote.