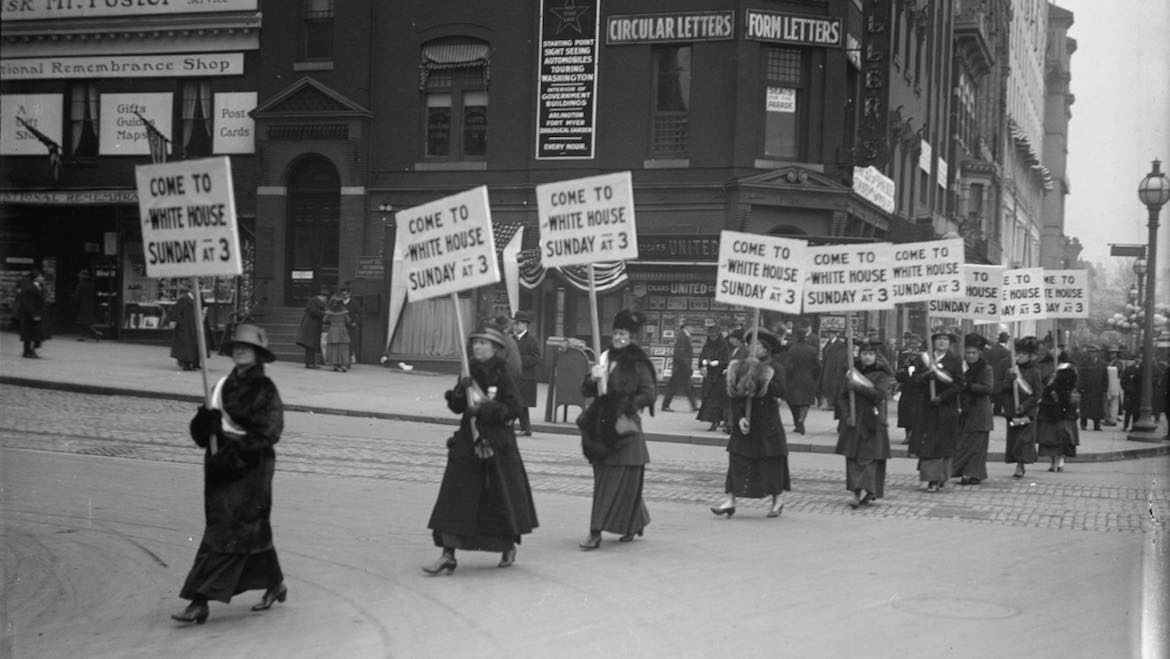 American Experience will mark the 100th anniversary of the ratification of the 19th Amendment next summer with a two-part, four-hour documentary highlighting the last big push to secure women the right to vote.

Although the women’s suffrage movement spanned over 70 years, the documentary by Michelle Ferrari explores the changing tactics and characters of its final decade. From publicity-savvy suffragist leader Alice Paul — who co-founded the National Woman’s Party with Lucy Burns in 1912 and encouraged the use of civil disobedience — to the critical role African American women held in a segregated yet revolutionary movement, The Vote introduces viewers to the change-makers behind one of the 20th century’s most transformational events.

American Experience Senior Producer Susan Bellows called the film’s timespan of 1909–20 “the least understood, yet most dynamic and consequential phase of the movement.” History textbooks have long condensed the 72-year movement to a chapter or less, one reason its leaders and turning points aren’t widely recognized or understood.

In the 11-year span covered by The Vote, protests grew more defiant. Using civil disobedience tactics such as hunger strikes and picketing, the movement’s activists introduced new methods of political protest to the nation’s capital. Yet among suffragist leaders, disagreements over strategies and tactics played out as the movement eventually coalesced into a federal cause. Today it serves as a “powerful lens” on social issues that continue to reverberate in American democracy, Bellows said.

The suffragists “laid the foundation for social change movements” in the future, Bellows said. “It’s one of the nation’s most important social, political and cultural movements for exactly that reason.”

“The challenging thing about this story is that it’s a grassroots movement, but we’re telling a national story,” said Ferrari, writer-producer-director. The Vote is the fourth documentary she’s directed for American Experience, though she’s written numerous films for the series.

Now in production, The Vote is “chock full of visuals very few people have ever seen before,” Ferrari said.

Many images shown in the film exist because Paul was unusually media-savvy for her time. “She understood how media could help further the cause, and had everything photographed and filmed,” Ferrari said. Two key events captured on film in Washington, D.C., were the 1913 suffrage parade, which erupted in violence as an estimated 8,000 women marched down Pennsylvania Avenue; and the first-ever picketing of the White House, which began in 1917.

Disenfranchised from the political system, women activists had to persuade male lawmakers to support the cause of suffrage. “That was the paradox,” Bellows noted. “In order to gain the vote, they had to convince men who had a lot invested in not giving them the vote.”

The Vote delves into conflicts within the suffrage movement itself. Some activists favored a state-by-state strategy to secure the right to vote; others believed it was a federal fight. “One of the interesting things about the last 10 years of the movement is there’s a groundswell in favor of a federal amendment, and everyone begins pushing toward the same end,” Ferrari said.

The film culminates with a story that helps viewers understand the tensions within the movement, Bellows said. Paul’s militant activism conflicted with fellow suffragist Carrie Chapman Catt’s belief that change could be accomplished by working within the political system. “When you get to the end of the film, you understand that both strategies were necessary and both contributed to the ultimate victory.”

Ferrari hopes the film will help “heal a rift in the historiography,” stemming from an emphasis on white middle-class suffragists. “There’s been very little scholarship about women of color in the movement,” Ferrari said. Ida B. Wells was a well-known African American suffragist; The Vote also highlights Mary Church Terrell, an ardent suffragist who served as president of the National Association of Colored Women.

Having the centenary of the 19th Amendment’s ratification fall during an election year felt fitting to Ferrari, who noted that the film’s title is also “about voting rights in general — what they mean and how it all works.”

The Vote’s premiere probably won’t coincide with the ratification’s August 2020 anniversary, due to presidential debates and competition from Olympic Games coverage, but Bellows said it will likely air in the second half of 2020.

The combination of grassroots activism that led to change in the federal voting rights creates a unique opportunity for stations. “Every state has its own story about suffrage,” Bellows said, noting that most of the movement’s activists were locally focused.

Asked what she hopes viewers will take away from The Vote, Ferrari answered, “an enriched understanding of democracy, what it means to be able to vote and why it matters.”

She also wants to convey the power citizens hold. “We really can change things if we set our minds to it,” she said.