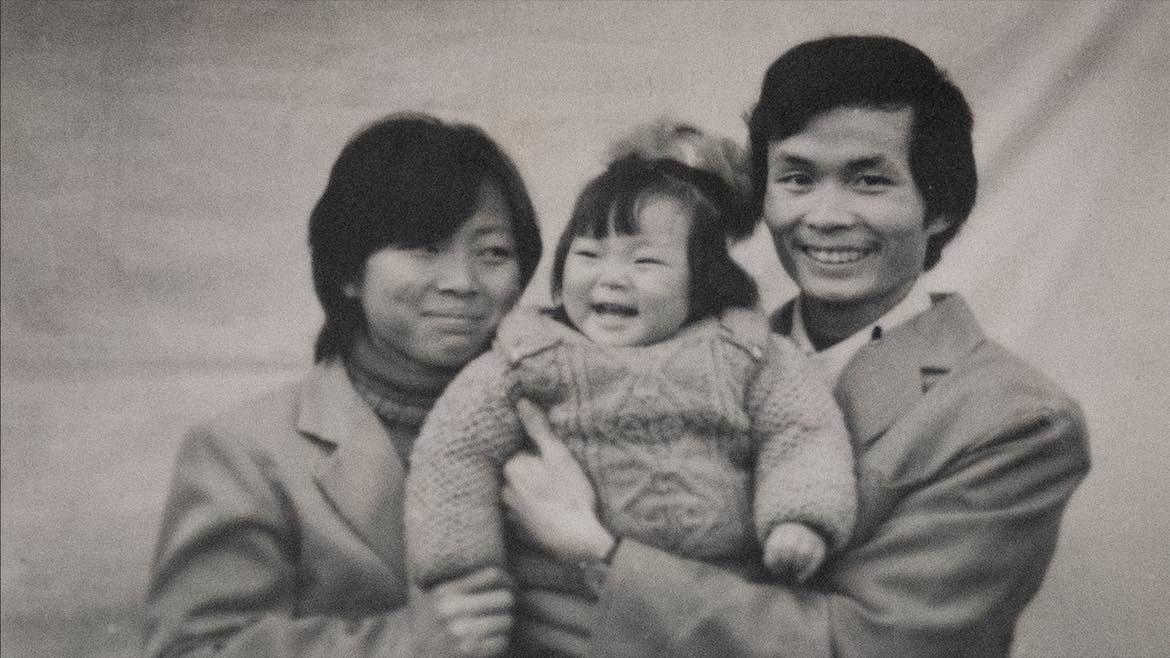 Nanfu as a baby with her mother and father.

Growing up in China, filmmaker Nanfu Wang had never questioned her government’s one-child policy, which restricted many Chinese families to only one offspring as a form of population and resource control.

Wang would notice her mother’s friends regularly having forced abortions and sterilizations, but, she said, “it didn’t even strike me as something abnormal.”

Once Wang became a mother herself, she began to wonder about the toll the policy had taken on Chinese citizens, both the unwanted children and their would-be parents. Her documentary One Child Nation tackles the repercussions head-on. The Independent Television Service is a major funder and is scheduled to present the film on Independent Lens March 30.

Beginning with the policy’s introduction in 1979, the film shares disturbing accounts of its impact, from propaganda campaigns to mothers abandoning their infants in markets. (Until China loosened the policy in 2015, only rural families like Wang’s were permitted a second child.)

Wang also exposes the deceptions of China’s orphanage industry during this period. According to her film, the government would confiscate babies from their birth parents and fabricate documents certifying them as orphans in order to sell them in overseas adoptions.

ITVS supported one of Wang’s previous films, I Am Another You, a 2018 Independent Lens documentary about her travels with an American drifter. For One Child Nation, Wang secured ITVS’ support from the earliest stages of production, which she said was “comforting.”

“They knew my style and my way of thinking,” Wang said.

One crucial area of ITVS aid was in terms of Wang’s personal safety. Her 2016 documentary Hooligan Sparrow, which aired on POV, exposed China’s efforts to silence activists protesting the cover-up of a child rape case involving a government official. To make the film, Wang had secretly recorded footage in China and smuggled it out of the country.

The producing team feared this earlier work would make Wang a target while filming One Child Nation, during which she intended to travel to China and interview members of her own family without a large crew.

Despite the danger, Wang’s background was what made her the right director for One Child Nation, said Lois Vossen, EP of Independent Lens.

“If she’d had a film crew, or if she hadn’t been Chinese, or if she’d had a team of fixers around her, she wouldn’t have been able to get the incredible footage,” Vossen said.

To respond to the safety challenge, ITVS set up a network of contacts in China who would trigger a phone chain if Wang went missing at any point during filming. They also monitored Wang’s movements with a GPS tracker on her phone. Wang’s China-based co-director, Jialing Zhang, also aided with logistics in the country.

Wang brought her newborn and no crew on her first trip to China for the film. That allowed the director to dodge the authorities by framing the trip as a chance for her family to meet her child, Vossen said. From there, Wang was able to film their conversations about the one-child policy. She later returned to China to do additional research and interviews.

Despite their precautions, there were moments in China when Wang strongly believed she was being followed.

“The possibility that she could have been arrested and imprisoned was very real,” Vossen said.

One Child Nation premiered at the 2019 Sundance Film Festival, where it won the Grand Jury Prize and was acquired for distribution by Amazon Studios. Following the film’s theatrical release in August, it debuted Nov. 8 on Amazon Prime’s global streaming service. The company backed a campaign to put the film in Oscar contention for Best Documentary Feature, Vossen said. ITVS began working on the campaign months ago.

ITVS was “flexible” with these expansive release plans for the film, Wang said, adding that she considers the national PBS broadcast an important part of the film’s journey. “There are many, many people who I don’t think would watch it on Amazon [but] who are PBS fans.” When her previous films debuted on PBS, she received correspondence from viewers across the country, she said.

Both Wang and Vossen said One Child Nation will not be edited at all for its PBS broadcast, although some images may have to be blurred to conform to FCC standards. The movie contains disturbing visuals, including shots of babies abandoned in landfills.

As Wang has traveled to film festivals and screenings with One Child Nation, she’s observed how strongly the film resonates with Chinese natives who settled in the U.S. and Americans who adopted children from the country without knowing about the orphanage deceptions. “They just learned, through the film, the truth of what was behind the adoption stories,” Wang said.