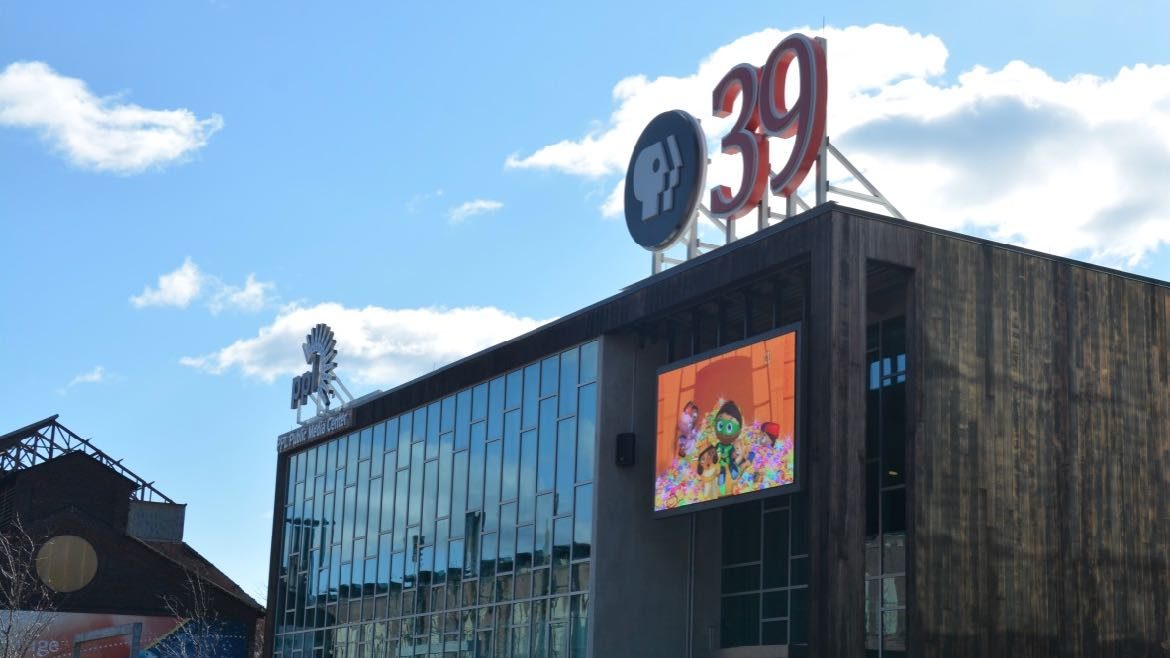 Lehigh Valley Public Media, which operates WLVT-TV in Bethlehem, Pa., is expanding into radio news through a management agreement to take over WLVR-FM, a student-programmed station owned by Lehigh University.

The deal will create the first full-time public radio news and talk station to be based in the Lehigh Valley.

An hour north of Philadelphia, the 11-county region encompasses Allentown, Bethlehem and Easton, Pa. It has the third-largest population in the state, yet “there is no full-service news-radio station, commercial or noncommercial,” said Christine Dempsey, senior VP of radio, who joined LVPM in July to lead the radio expansion.

The Lehigh Valley has been served by fringe signals and translators for WVIA in Scranton, Pa., and WHYY in Philadelphia. Allentown-based WDIY, a small volunteer-based station, carries NPR newsmagazines and an eclectic mix of locally programmed music.

After LVPM received an $82 million windfall from the FCC’s TV spectrum auction two years ago, it began investing in a local news operation for WLVT-TV, launching a nightly newscast in September 2018.

The absence of an all-news NPR station created an obvious opening for LVPM to expand into radio, said CEO Tim Fallon. “This was driven from our strategic plan, WLVT 3.0,” Fallon said. “We talk about being the resource for the community for unbiased news and information. To follow through with that piece of the plan, we needed to have a terrestrial radio signal.”

No money will change hands between the university and LVPM. The university will continue to hold the station’s license. LVPM has paid for a new transmitter for the 200-watt station, adding an HD2 channel for the freeform broadcasts that Lehigh students have been programming on WLVR’s 91.3 FM signal. LVPM will also provide four internships for Lehigh students and contribute to Lehigh’s journalism program.

As it negotiated for the WLVR signal, LVPM hired Dempsey, who left Atlanta’s WABE after three years to return to the Lehigh Valley. She’d lived in the area during earlier management stints at WHYY and at WDIY, where she was the founding program director in 1994.

“Bethlehem is my adopted hometown,” she said. “I kept my home here when I moved to Atlanta to work at WABE. I feel this connection with the community here; I’ve seen this area grow, even where we sit right now, from being a brownfield into being a vibrant arts and culture campus.”

At LVPM, Dempsey has been working alongside Fallon, Chief Content Officer Yoni Greenbaum and Chief Technology Officer Andrea Cummis to create the new radio operation. “This is actually the second time I get to build a station from nothing,” Dempsey said. In addition to building out new radio studios in what had been an unused TV control room, she’s hiring five more staffers — a radio news director, an operations manager, morning and afternoon hosts and a radio-specific reporter.

That reporter will work alongside WLVT’s “Reporter Corps,” 12 staff reporters who produce for PBS39 News Tonight, the station’s nightly newscast.

“That really came out of a growing, painful awareness about the expanding news desert in our area,” Greenbaum said, “and the realization that there was nobody else who was able to really stand up and do something about it.” In Allentown, home tothe region’s dominant daily newspaper, the newsroom of the Morning Call “has gone from probably a height of 200 people down to fewer than 40.”

One independent local commercial TV station, WFMZ, focuses its news on the Lehigh Valley; the region’s network affiliates, based in Philadelphia, send crews to the area only for major stories. That, Greenbaum said, left a hole for his Reporter Corps to tell stories that otherwise wouldn’t get airtime.

“We’re seeing the audience take to the type of news we do,” Greenbaum said. “Our news does not include crime, traffic, weather or sports. Our news packages tend to be more in-depth. While a commercial station would give you maybe a minute and 10 seconds, our packages tend to run three to five minutes long. And I think we’re giving people a voice who probably have never spoken to a journalist before, let alone a TV journalist.”

In addition to the nightly TV newscast, digital news coverage produced by the Reporter Corps now makes up much of WLVT’s digital presence, providing two legs of what Greenbaum calls the “three-legged stool” of LVPM’s news expansion.

“Once we started doing news for TV and for digital, it just became logical to then offer that on radio,” he said. “But there’s also a real gap in the area when it comes to what we’re going to be offering.”

During a soft launch period, the new WLVR radio will carry a feed of PRX’s Remix programming. Then, the station will adopt what Dempsey described as a typical all-news format, including NPR’s Morning Edition and All Things Considered. That news format is scheduled to launch in November, coinciding with a major station fundraising event.

When it does, local audiences should discover good reasons to tune away from the more distant signals of WHYY or WVIA, which carry many of the same national shows, Dempsey said. “The differentiator will be what we’re doing with that acquired content,” she said.

“There will local newscasts, there’ll be local features. There’ll be special coverage like election night,” she said. “If there were to be a major news event, like a national news story and people need an outlet to talk about it, we would host them on the air. We would have community events. We’d be nimble enough to turn around that content quickly.”

Dempsey also plans to provide training on audio reporting skills to the Reporter Corps staff, building on their video and digital expertise so they can create radio versions of their stories.

WLVR’s FM signal reaches mainly the urban core of the Lehigh Valley, not the outlying rural counties served by WLVT’s Reporter Corps. So LVPM will be heavily promoting streaming and smart speakers as a way for listeners to find its new radio programming.

“It’s not about a dial position, or one platform,” Dempsey said. “It’s about the content, and how do you bring content to people.”

As LVPM grows into its new role as a radio broadcaster, the mix of content on WLVR could expand to include a local talk show. The entrance to WLVT’s building at the SteelStacks development in the former Bethlehem Steel plant has extra space that could eventually be developed into a streetside studio.

Dempsey says it’s exciting to be working in an environment where repack dollars and community support continue to make more resources available.

“It’s like a kid in a candy store,” she said. “You look to see what you have, or what you want, and then you figure out how to make it possible. I’ll walk into Yoni’s office and say, ‘Hey, how about this?’ And usually the answer is, ‘OK, OK, let’s start it.’”

With Dempsey handling the nuts and bolts of WLVR’s radio launch, Greenbaum says his role is to advocate for future growth with the LVPM board and community leaders.

“This is a station that two years ago was producing about 125 hours of local programming a year,” he said. “Now it’s close to 500 hours.”LVPM’s staff has grown from about 28 people to more than 60. “We’re still growing into ourselves and still figuring out how all these pieces work together the best that they can.”