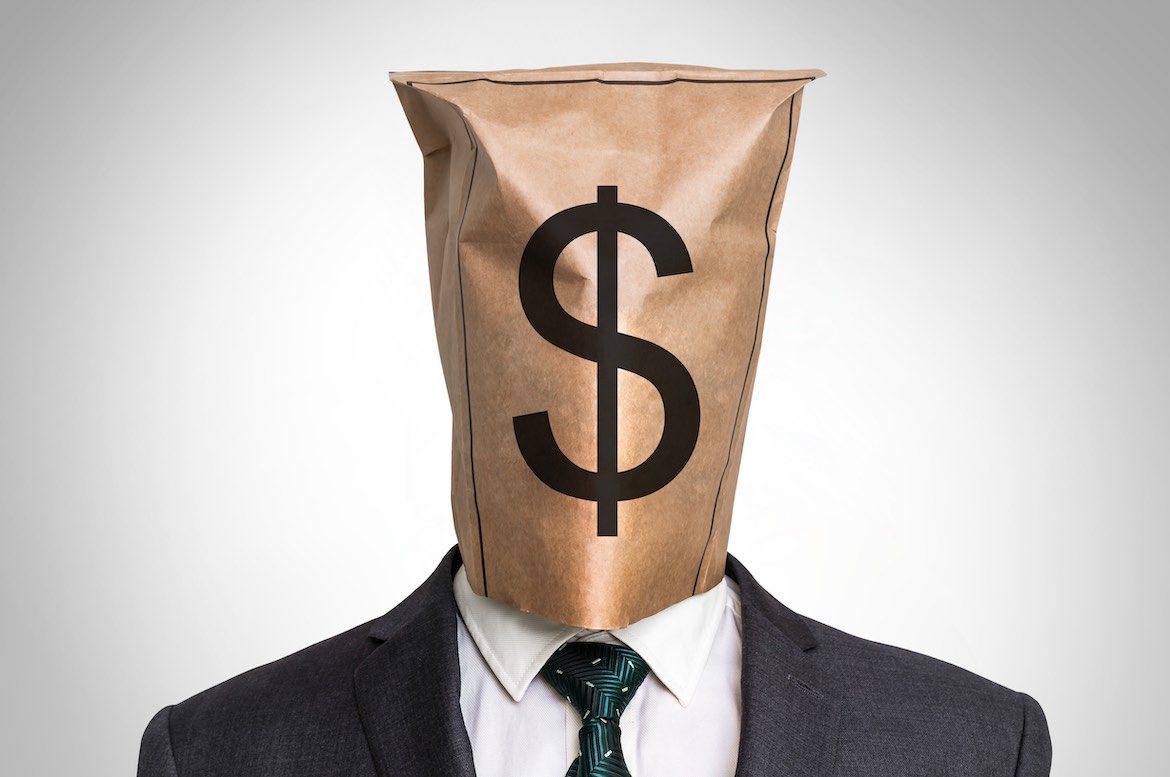 In a recent media interview, Harvard professor Lawrence Lessig argued that former MIT Media Lab director Joichi Ito did the right thing by making Jeffrey Epstein’s gifts anonymous. “Somehow,” he was quoted as saying, people think “there’s something terrible about the anonymity — no! If you’re going to take the money, you damn well better make it anonymous.”

I couldn’t disagree more. I believe that anonymous gifts to nonprofits are intrinsically problematic. If a nonprofit cannot feel proud receiving money from a donor, then the nonprofit simply shouldn’t take those gifts.

Anonymity is merely a cloak of secrecy that deprives the public of knowledge about who is backing the universities they attend, the journalism they consume, the museums they frequent and the political candidates they consider. I believe people have a right to this information.

Furthermore, just because a gift is anonymous, that doesn’t mean those donors aren’t given a platform to cleanse their reputations, to speak about their ties to the institutions themselves, or even taint the recipient institutions. Because anonymity is generally a one-sided promise of confidentiality, anonymous donors can still unfairly benefit by gaining special access to the institution, including privileged discussions with scientists, artists and journalists. They can boost their own reputations by speaking about their connections to well-respected institutions. Meanwhile the anonymous donor receives a tax deduction.

If that weren’t enough, providing anonymity can hide conflicts of interest. Jeffrey Epstein made a $1.2 million investment in Ito’s private investment fund, an egregious conflict that may have been undetectable by MIT due to Ito’s precautions to conceal Epstein’s ties to the Media Lab.

The scandal at the MIT Media Lab illustrates the potentially harmful consequences of some fundraising practices. But MIT is far from alone. Many other institutions have solicited gifts from donors who aim to bask in the halo of prestige, who desire anonymity or who want to influence the content of programs. Significant reputational risk accompanies the practice.

The time has come for all nonprofits — including public media — to adopt a set of best practices for soliciting and accepting gifts that will ensure transparency and independence and prevent conflicts of interest.

Public media can lead the way.

After working for 23 years as the CEO of New York Public Radio and before that as VP of development at Sesame Workshop, I believe that public media sets an example in two ways: first, by showing how public broadcasters ensure editorial integrity by erecting a wall between donors and journalists; and second, with its policy of crediting donors who fund specific programs that are part of on-air broadcasts.

Editorial integrity is of prime importance in public media and in all journalism. Of course, funders shouldn’t have influence over the editorial content. Sometimes, though, donors who want to support a particular issue or theme attempt to influence the editorial priorities or coverage. A stamp collector or wine enthusiast cannot be allowed to use philanthropy to create journalism about philately or Bordeaux wine simply because they can pay for it. If clear guidelines are in place, then it is easier to tell an insistent donor “no” by simply pointing to the guidelines.

To be sure, most charitable donors give money to support programs and missions they care about, and most do not have any intention of influencing the work. They are the lifeblood of so many organizations, and their philanthropy is responsible for so much extraordinary work. New guidelines that prohibit influence would protect these donors as well as provide guidance for others. And for those donors who want to remain anonymous out of a sense of humility and a desire to direct public attention to the work they are supporting rather than themselves, I ask them to reconsider this stance.

In this regard, universities and other nonprofits can learn from another practice in public media. FCC rules require that stations identify sponsors and others who have funded specific programming. Why? Because the FCC believed that members of the public have a right to know who has funded a specific program as they assess its credibility and objectivity. Public media’s sponsorship credits are rooted in this principle.

Not only should the public know who is funding broadcast content, but also who is backing their universities, cultural centers and social services organizations.

Ito’s missteps at the MIT Media Lab are a call to action. A group of nonprofits or foundations should invest the time to codify and align around a set of guidelines for donations to nonprofits. In doing so, they can explore the overall rules as well as exceptions — for example, when a donor wants anonymity in order to protect himself or his family from retribution. Importantly, this group can’t just consist of leaders of the nonprofit sector and must reflect the diversity of the public they serve.

But guidelines will not solve the problem unless boards of directors lead by example. They need to commit to and uphold transparent guidelines when making their own gifts and when soliciting funds from others. They must ensure appropriate oversight and review of practices at the staff level. Nonprofit sector leaders, and those who cherish the important work of this sector — including committed donors — should work together to establish clear, effective guidelines to minimize and avoid future abuse.

Laura R. Walker is an Executive-in-Residence at the Yale School of Management and was the President and CEO of New York Public Radio for 23 years until March. She has served on numerous nonprofit boards, including The Commonwealth Fund, PRI, Saint Ann’s School and the advisory board of the Yale Center for Consumer Insights. Walker has also donated to Current.

One thought on “In the wake of the MIT Media Lab scandal, public media has a lot to teach other nonprofits — but a lot to learn as well”