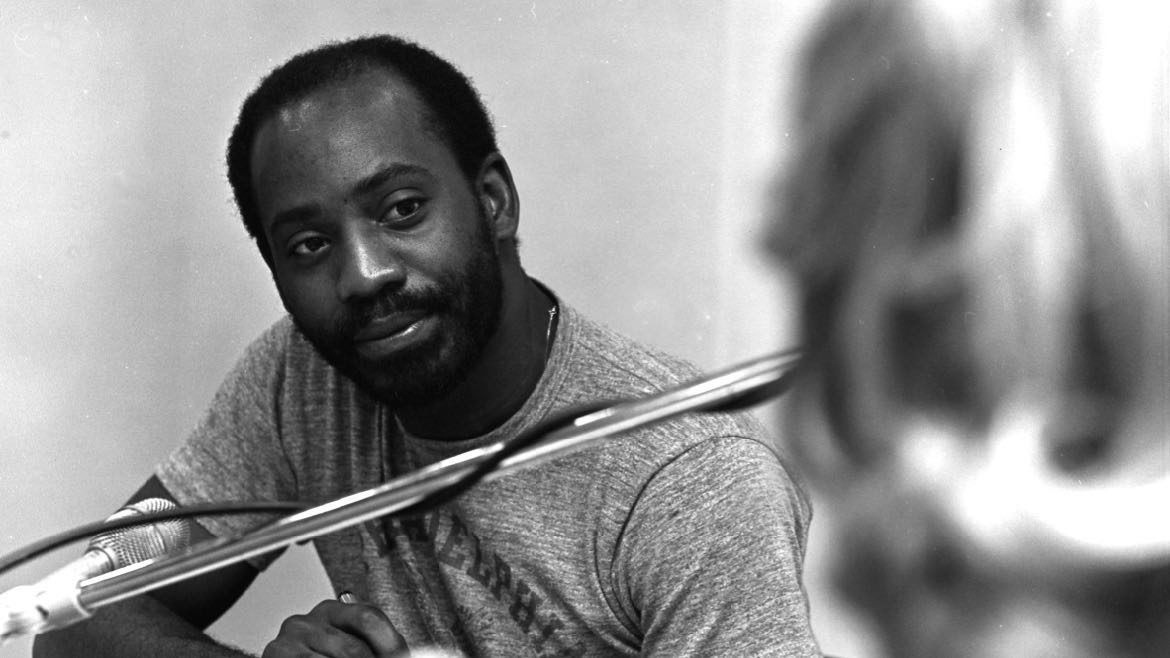 More than two decades of hundreds of interviews with prominent African Americans conducted for KUT in Austin, Texas, will be preserved, archived and digitized, thanks to a grant from the Council on Library and Information Resources’ Recordings at Risk program.

The $30,000 grant will allow KUT to team up with the American Archive of Public Broadcasting to digitize the archives of In Black America, a long-running interview show. Interviewees on the show, which also airs on 11 other stations nationwide, have included Maya Angelou, Rick James and Yolanda King.

Longtime host John L. Hanson welcomed the news that KUT would receive the grant. “It’s important that programs produced by people of color are preserved somewhere else,” he said. Among all media, Hanson said, “it’s not often programs produced by African Americans see the light of day” after their first broadcast.

In Black America debuted on KUT in 1970 when Jew Don Boney Jr., a student at the University of Texas at Austin, approached the station about starting the show. Boney was inspired by the findings of the Kerner Commission, a task force created by President Lyndon B. Johnson to investigate the causes of civil unrest in the late ’60s and recommend solutions. “One of the findings [was that] African Americans were not part of reporting,” Hanson said.

With Boney as host, the program focused on interviewing local African American academics who were lecturing or presenting at UT, KUT’s licensee. After Boney left the university in 1973, a rotation of African American professors hosted the show until 1980.

That year, Hanson was a 30-year-old disc jockey for a nightly KUT show that featured news, soap operas and vignettes focused on African Americans. When a competing program began at another radio station, Hanson was approached to be the full-time host of In Black America.

“And the rest is history,” joked Hanson, who continued hosting the Tuesday-night show even after retiring from KUT in 2008. During his long career at the station, Hanson not only served as a host but as interim GM, an administrative services officer and EP of KUT’s Longhorn Radio Network.

A race against time

In 2013, Laura Willis, administrative coordinator for KUT’s broadcast and production software, was digitizing the station’s collection of reel-to-reel tapes for its new digital asset management system. With help from students, the station had successfully digitized about half of the 3,200 reels. Willis discovered that one batch of more than 700 tapes had been stored in a different location — a basement without proper temperature control.

The tapes were fragile, with the adhesive for their magnetic tracks completely dried out. Willis realized that she wouldn’t be able to digitize them properly herself and, even worse, that they were a valuable collection: In Black America’s tapes from 1981–2004.

“I was super bummed,” Willis said. The station was most excited to archive In Black America, she said, because it was the only program in its archives that was still airing. “It was the most relevant to our archival mission,” she said.

Then, in 2018, the American Archive of Public Broadcasting announced that it was looking for stations to apply for Recordings at Risk grants from the Council on Library Information and Resources. Willis contacted Casey Davis-Kaufman, associate director at WGBH and project manager at AAPB, and was able to secure the funding.

Digitizing magnetic tape is a race against time, said Davis-Kaufman. “We really only have about 15 to 20 years to digitize magnetic tape,” she said. The process involves sending the tapes to a third-party service provider to be run through a machine that records the material. The recordings are then transferred to digital files.

After the tapes are digitized, they’ll be added to online research portals hosted by AAPB, the Library of Congress, KUT’s website, and the Briscoe Center for American History, a UT research center that collects historic artifacts.

Archiving the show will have a vast impact, Willis said, by allowing its wealth of information to serve students, researchers and KUT’s producers for years to come. She also hopes the project will inspire other public media stations to “take control of their fading assets and to take advantage of the AAPB’s leadership in applying for this grant in the coming years.”

There’s another reason Willis believes the show is so powerful: Hanson himself.

“His warm nature carries over into his programs, and I imagine he is a welcome dinner guest in many public radio listening homes,” Willis said.

‘If someone else can do it, you can do it’

One of Hanson’s first priorities as In Black America’s new host was give the program a more national focus. He started by seeking out prominent people he read about in national newspapers and magazines and calling them for interviews. “The only thing they can tell you is no,” he said.

One of his first guests was Yolanda King, daughter of Martin Luther King Jr. Other memorable conversations followed. In 1981, Hanson found himself standing in the middle of a San Antonio concert stage with Rick James as James’ crew broke down the set.

“He’s drinking a bottle of champagne out of the bottle,” Hanson laughed. “He was basically putting on a show. It didn’t go too well. He was kind of flippant with his answers.”

A year later, Hanson found himself interviewing Aretha Franklin in a sweltering trailer with broken air conditioning at the Cotton Bowl Stadium in Dallas. An interview with promoted Don King came during an after-party following a fight between Mike Tyson and Leon Spinks. King “was standing in the middle of the room,” Hanson said. “All of these people looking at us. I ended up using that interview because it was somewhat unusual.”

Sometimes interviewees surprised him. Instead of talking about himself, civil rights activist Rev. Samuel DeWitt Proctor spoke about his family and being close to his parents, stressing that hardworking people like his father were rarely interviewed, despite being a pillar in the community. “No one ever interviewed him about the way he looks at life,” Hanson said. “It was more about his father’s influence on him than the notoriety he achieved.”

Other interviews were heart-wrenching. Hanson recalled interviewing Evangeline Moore, whose parents, prominent civil-rights activists, were killed in a house bombing in Florida. “She got very emotional,” Hanson said.

Hanson said he has seen the show’s impact over the years. “I try not to just interview celebrities or known individuals,” he said. “What I try to do is show a broad spectrum of the African American experience.” This, he said, exposes young people to careers they may have never thought of.

“If someone else has done it, you can do it,” he said. “The program also tells the broader community that individuals, regardless of where they come from, can achieve something significant.”

David Alvarez, who began at the station part-time in 1982 while a UT student, has also seen the program’s far-reaching influence. Alvarez, now a full-time senior technical producer, has been recording and editing In Black America’s interviews almost as long as Hanson has hosted the show. “There may be newer programs that do the same thing, but we’ve been doing it for a long time,” Alvarez said.

Alvarez expressed pride in the show and in the efforts to archive and digitize it. “There are a lot of people who have passed away who are memorialized in some of these programs,” he said. “… Different events in the civil rights movement are represented. This will be a valuable resource.”