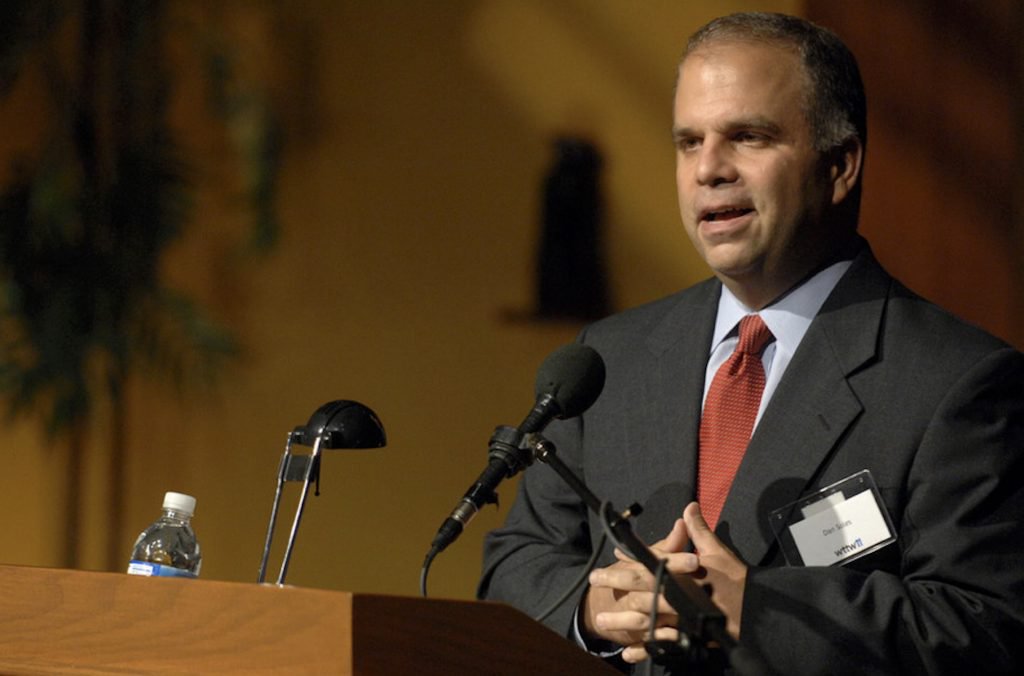 Soles joined the station in 1995. Previously he worked as assistant program manager at Georgia Public Broadcasting.

“Over the past 24 years, Dan’s experience, diligence, deep knowledge of the PBS system, and dedication to WTTW have contributed to our position as one of the leading public media organizations in the country,” Sandra Cordova Micek, president and CEO of WTTW, said in an email to staffers. “His work on the local and national television pipeline and schedule has left an indelible mark, and he will be greatly missed.”

“I’m thankful for 24 great years at WTTW and am looking forward to exploring new opportunities,” Soles said in an email to Current.

Chicago media critic Robert Feder, who broke the news, reported that Micek is in the “final stages” of developing a new three-year strategic plan for WTTW and its classical station, WFMT-FM.

Thiel joined the Urbana station in 1989. “He’s witnessed the massive shift in the media landscape over those 30 years, making adjustments and keeping his counsel with aplomb — and always to our benefit,” said Lisa Bralts, station spokesperson.

In a farewell letter to colleagues, Thiel reminisced about his first office (“in a neglected corner of a windowless, brick building that had once been a bakery”) and how he met his wife, Vicky, who worked at WTVP in Peoria and traded videotapes with him (“When she tested the possibility of a relationship with me, it was under the ruse of a desperate need for Sewing with Nancy”).

“There’s no way to describe David’s impact on WILL,” said station President Moss Bresnahan. “He will be deeply missed in our everyday work.”

WCBU in Peoria, Ill., has announced several new hires and promotions as WGLT in Normal takes over its operations.

Lauren Ober is the host of American Public Media’s new podcast, Spectacular Failures, which examines “the greatest corporate catastrophes,” according to an announcement. The 10-episode podcast, produced in partnership with the Carlson School of Management at the University of Minnesota, premieres Monday.

Tiziana Dearing is the new host of Radio Boston, WBUR’s weekday news show. EP Hitesh Hathi said in an announcement that Dearing has been “a trusted WBUR commentator” for many years. Currently she’s a Boston College professor in social work and co-directs the college’s Center for Social Innovation. Dearing’s previous experience includes serving as CEO of the antipoverty grantmaker Boston Rising and as executive director of the Hauser Center for Nonprofit Organizations at Harvard University.

Jeff Douglas has left the CBC’s As It Happens, which he has co-hosted since 2016. He is the new host of Mainstreet, a CBC afternoon show. “I just had a desire to go home to Nova Scotia,” he told As It Happens co-host Carol Off in an interview.

Blue Ridge Public Radio Program Director Barbara Sayer will retire at the end of July after 38 years with the station in Asheville, N.C. Sayer began work decades ago as a volunteer. GM David Feingold said Sayer “has shaped the sound, chosen the programs, and upheld the highest quality and ethical standards that have attracted so many listeners and so much community support across our region.”

Dave Davies has stepped away from his role as senior reporter at WHYY and is now working part-time at the Philadelphia station, continuing as fill-in host for Fresh Air. “I’m now older than the last two mayors I’ve covered, and there comes a time to pass the torch to the next generation of journalists,” Davies wrote on Facebook. Earlier in his career he was a reporter and columnist for the Philadelphia Daily News and city hall bureau chief for KYW News Radio, a CBS Radio affiliate.

WITF in Harrisburg, Pa., has hired investigative journalist Russ Walker as the first executive editor of PA Post, the statewide news organization it launched in September. Most recently Walker was assistant news director, EP for investigations and online managing editor for KING-TV in Seattle. He’s also worked as senior editor at Politico and assistant managing editor and business and technology editor for The Washington Post’s website. He begins work at PA Post July 15.

The Public Media Venture Group, a newly independent business development nonprofit, has selected its first board of directors. Marc Hand is president. Hand is CEO of the venture group and co-founder and former CEO of Public Media Co. Chair is Leo Martinez, law professor at the University of California, Hastings College of Law  and a past board chair of KQED in San Francisco. Treasurer is Jason Daisey, EVP and COO of WETA in Washington, D.C. Secretary is Shae Hopkins, ED and CEO of KET in Lexington, Ky. Tom Rieland, GM of WOSU Public Media in Columbus, Ohio, is also a member. Each will serve terms for one to three years.

The Institute for Nonprofit News has hired Larry Horne into the new role of New York City–based development director. Horne will focus on creating a major gifts program and diversifying INN’s grant funding portfolio that supports 210 member newsrooms including Current. Horne’s past experience includes leadership roles at several nonprofits including the National Coalition Against Censorship. He has also consulted on programming for KCET in Los Angeles and the Independent Television Service.

Keanna Smith, senior director of community engagement at Rocky Mountain PBS, left the Denver station June 4. Smith arrived at RMPBS in 2012 as administration and special projects manager and rose to direct engagement in May 2018.