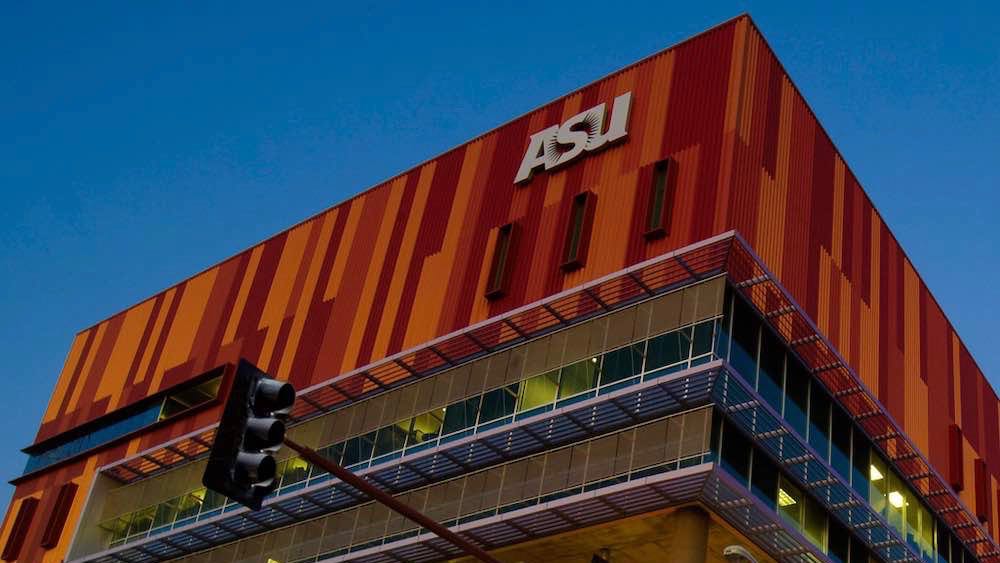 The Walter Cronkite School of Journalism and Mass Communication in Phoenix.

PBS NewsHour will open a NewsHour West bureau in Phoenix this year whose staff will include a correspondent who can serve as the program’s anchor for updated news reports for stations in the West.

The expansion “has been on my mind since I arrived” in 2014, Executive Producer Sara Just told Current. “We’ve been looking for ways to update the program to better serve our West Coast audiences,” she said.

Employing up to six staffers, the bureau will be in Arizona State University’s Walter Cronkite School of Journalism and Mass Communication. The school “had a lot to offer” as a “state-of-the-art facility” and home to Arizona PBS, Just said. NewsHour sponsors a Student Reporting Labs initiative at the school, which is also home to CPB’s Editorial Integrity and Leadership program.

The national program will not change, Just said, with Judy Woodruff remaining as sole anchor. If necessary, the correspondent/anchor in Phoenix can step in for updates or segments, Just said.

Just said the feed was updated last week when President Trump met with North Korean leader Kim Jong Un in Hanoi. To cover that, “we did a live show at 9 and 10 p.m” as late updates for West Coast stations, Just said. But anticipating the need for updates ahead of time is tricky. With the Phoenix team in place, “we’ll be able to push out a fresh feed more easily,” she said.

More than 20 percent of NewsHour’s audience is on the West Coast, according to the  announcement.

The expansion is also part of NewsHour’s push to become an around-the-clock news provider, Just said.

“We’re not a 24/7 news operation, so we’ve been looking for different solutions,” Just said. “Obviously, a lot of what we do is focused on our 6 p.m. newscast.” But with the growth of mobile devices, “we’re trying to reach people everywhere at different times of the day,” she said. Last fall, NewsHour announced it would add nine full-time online positions to increase its digital presence.

Four initial Phoenix job openings will be posted Thursday, Just said: correspondent/West Coast anchor, senior producer, reporter/producer and associate producer. “We’ll be aggressively reaching out to people both internally and externally” to get the bureau up and running soon, she said.