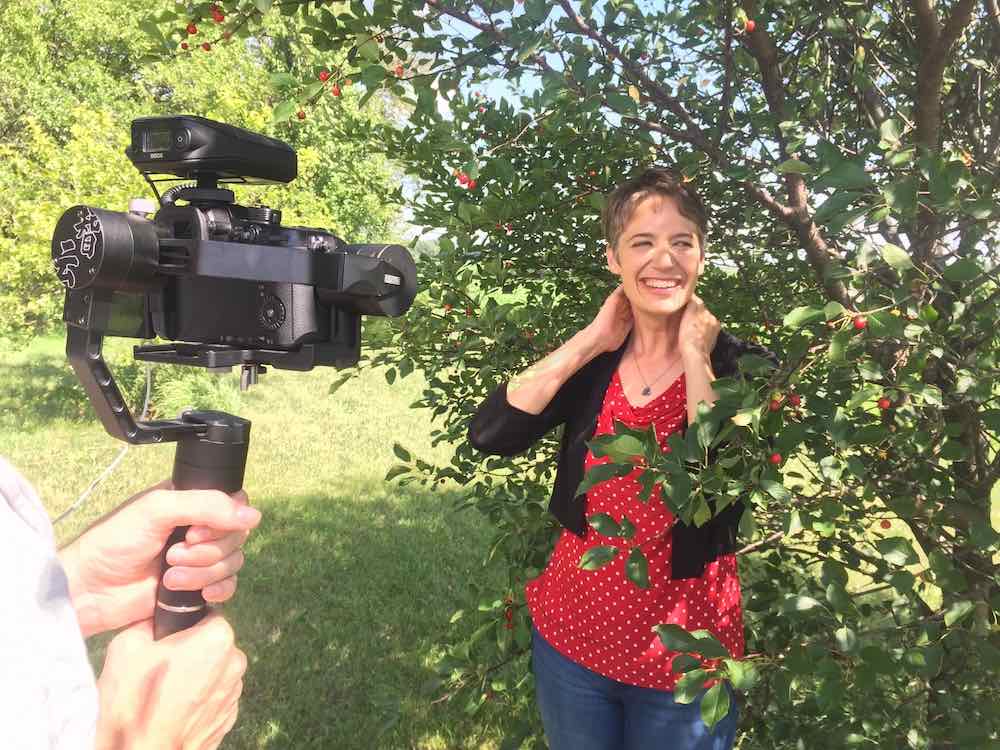 “Iowa Ingredient” host Charity Nebbe shoots a scene for the program, which is now airing as part of American Public Television’s “Hometown Create” feature on the Create lifestyle channel.

Hometown Create will include “dozens of full-length cooking, travel, gardening and other how-to shows produced by our own Create TV member stations, with each episode reflecting the spirit of the communities they serve,” said APT President Cynthia Fenneman in an announcement. Programs air at 8:30 a.m. Eastern time Mondays with a repeat at 2:30 p.m.

The first two series are Iowa Ingredient, produced by Iowa Public Television, which follows a single ingredient from farm to table and shows viewers how to prepare it; and the travelogue Mississippi Roads, from Mississippi Public Broadcasting.

“By providing a highly visible, national showcase for stellar local content, we are able to share programming which might not otherwise have a chance at a national reach yet have appeal at the national level,” Fenneman said.

Hometown Create will also be archived at CreateTV.com.

APT is reviewing more programs for the feature. “We will see how the strand grows in terms of content and certainly hope to widen the geographic representation,” Fenneman said.